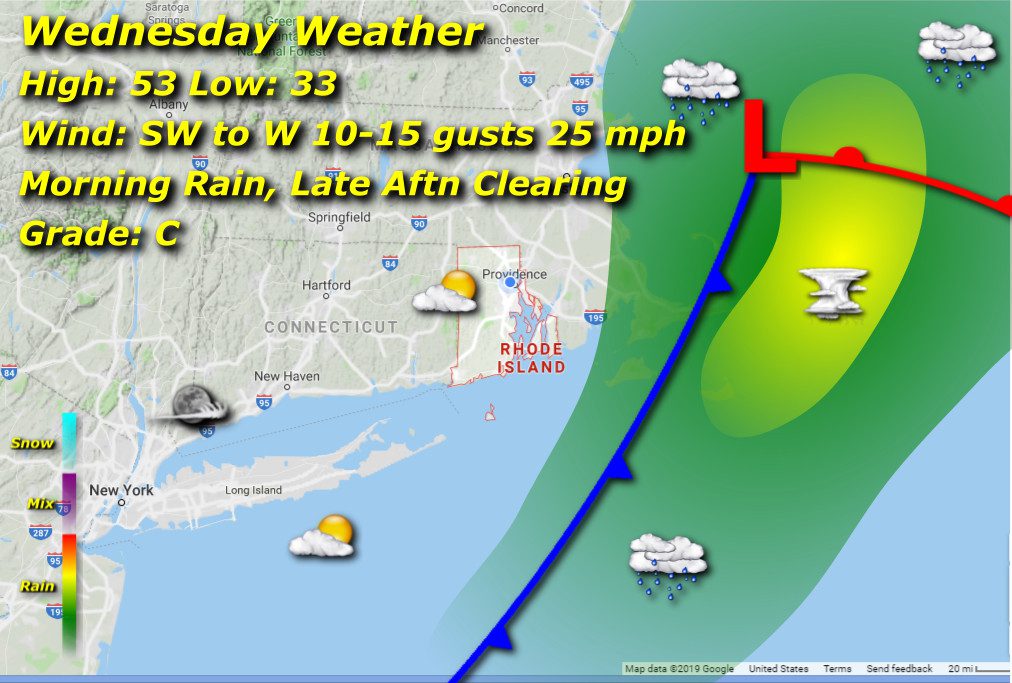 Our overnight low pressure system will take it’s sweet time moving through the area in the morning with showers and embedded heavier rain until about 10am, lingering light showers ending by midday. Winds will shift from southwesterly to westerly as the cold front passes and cloud cover begins to break up with eventual clearing by the early evening hours.

Morning and evening lows will be in the low to mid 30’s surrounding afternoon highs in the low 50’s.