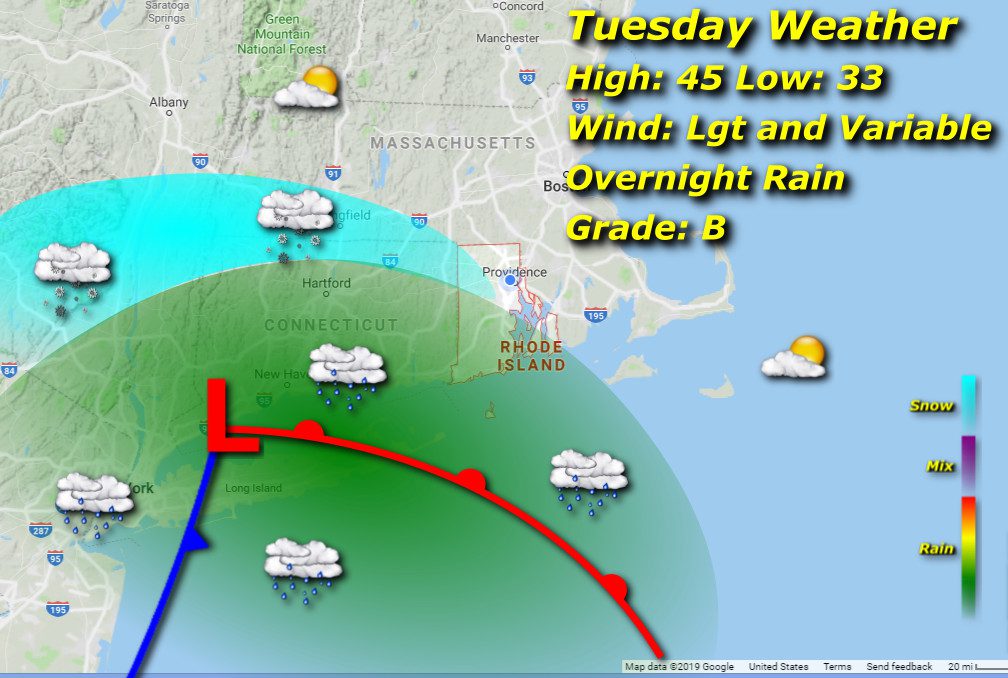 A low pressure system sneaks through later in the evening and overnight hours with light rain expected until early to mid Wednesday morning. There is the chance for some light snow mixed in towards the higher elevations north and west of the city, but you will have to be a night owl to see the first snow of the year.

Morning lows in the lower 30’s rise to the mid 40’s in the afternoon and dip again towards the snow-enabling freezing mark later in the overnight. Winds will be light and variable through the day.