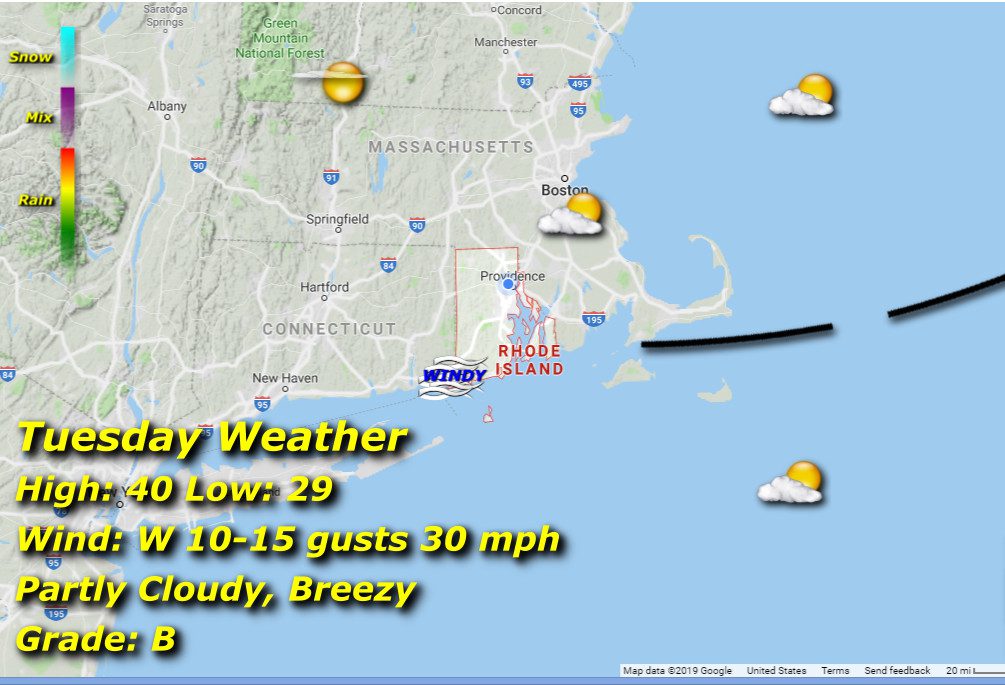 Cleanup time for the first Nor’Easter of Winter. Should be easy, as we had all of an inch to deal with, a touch more in isolated locations. High pressure will fill in over the area with breezy westerly winds gusting to 30 mph under partly cloudy skies and a temperate feel to the air, afternoon highs once again above normal around 40 degrees from morning lows in the upper 20’s.