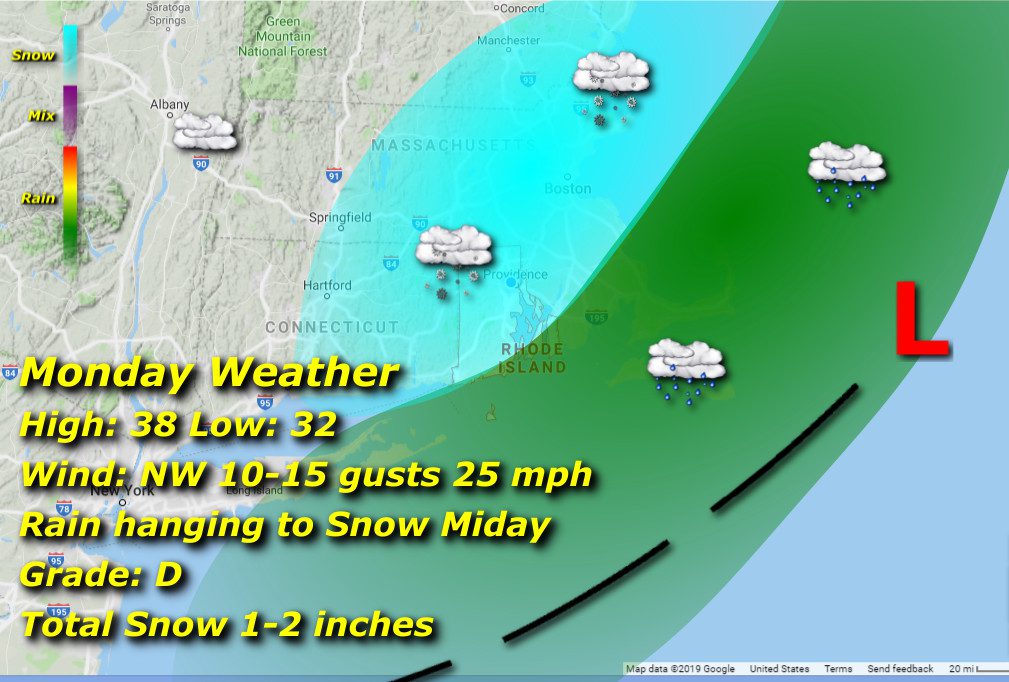 We’ll finally get some snow out of this deal once the rain ends later in the morning to around noon. Low pressure moves offshore with a trailing trough around which cooler air filters in and allow for a changeover from rain to snow, albeit a heavy wet snow that will amount to about and inch, maybe two by the time it’s over in the evening. Morning highs in the mid 30’s sink to the lower 30’s in the evening with a northwesterly breeze gusting to 25 mph.