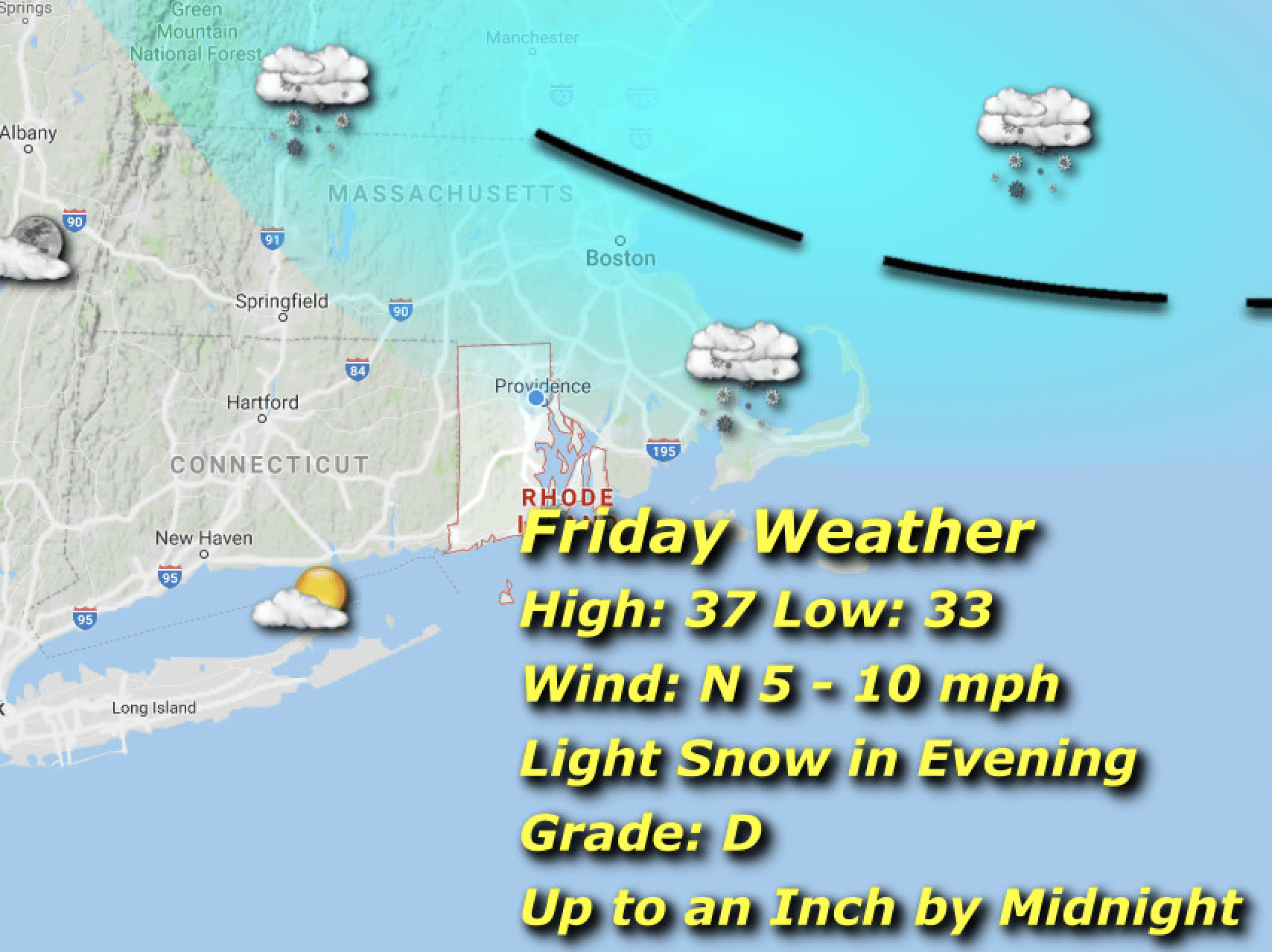 A trough of low pressure behind the main front will sweep in from the north late triggering some snow showers in the evening with up to an inch on the ground by midnight. Morning lows in the lower 30’s rise to the mid and upper 30’s by the evening. Light winds will pose no threat, generally less than one inch by midnight, and an additional dusting to another inch or so by morning.