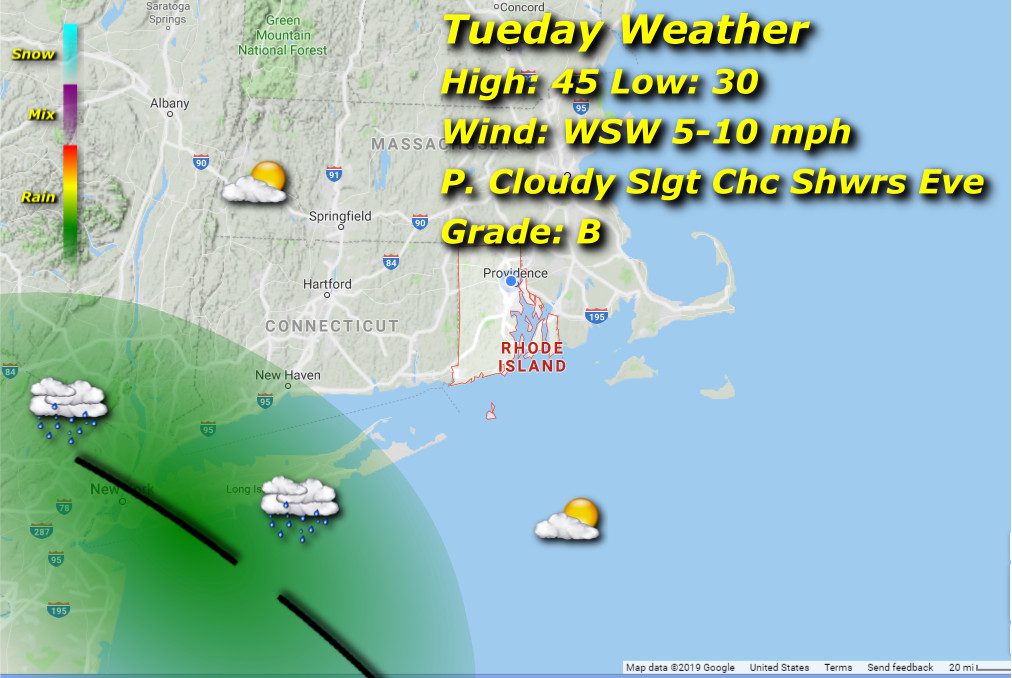 A weak area of low pressure runs out ahead of the larger system over the great Lakes and provides at least the chance for some light showers in the evening hours. Before that, however, we’ll return to the above normal temperatures (no complaints here…), highs expected to reach the mid 40’s from morning lows around 30. Winds lighten up and shift to a dry west-southwesterly direction.