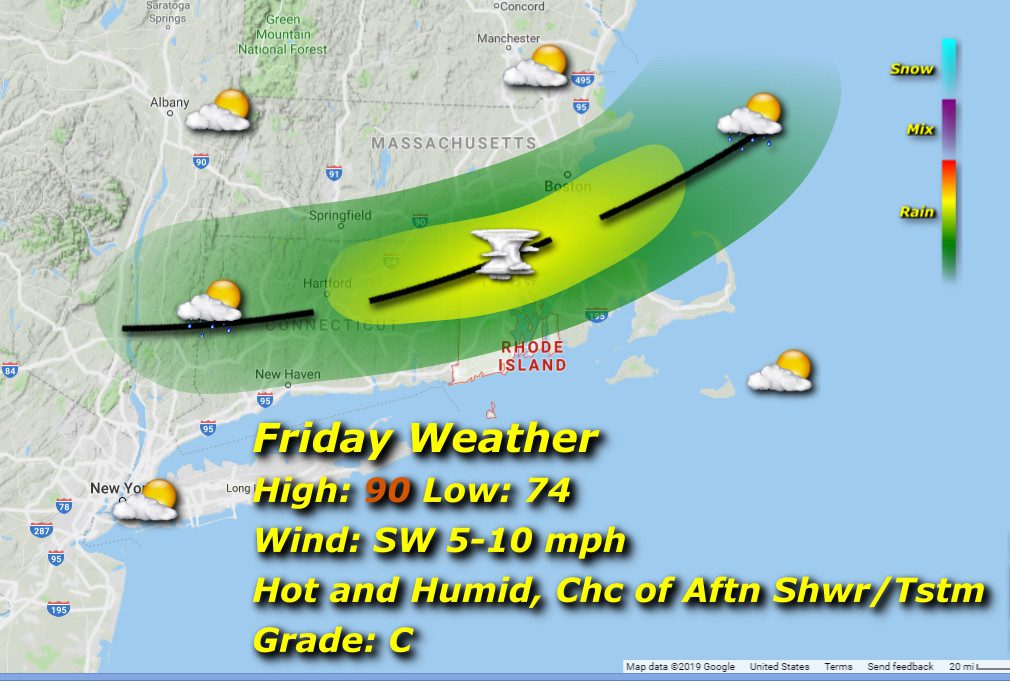 Another hot one today, but with something in the way of relief in the form of additional cloud cover for some occasional shade interrupting the blistering sun.

A coastal boundary will try to set up in the early afternoon, which may be the trigger for some scattered showers and perhaps a thunderstorm. Morning lows in the mid 70’s rise to around 90 with high dewpoints in the 70’s weighing us down like damp and musty blankets.

Winds will be light, generally less than 10 mph, so no cooling effect from moving air today.