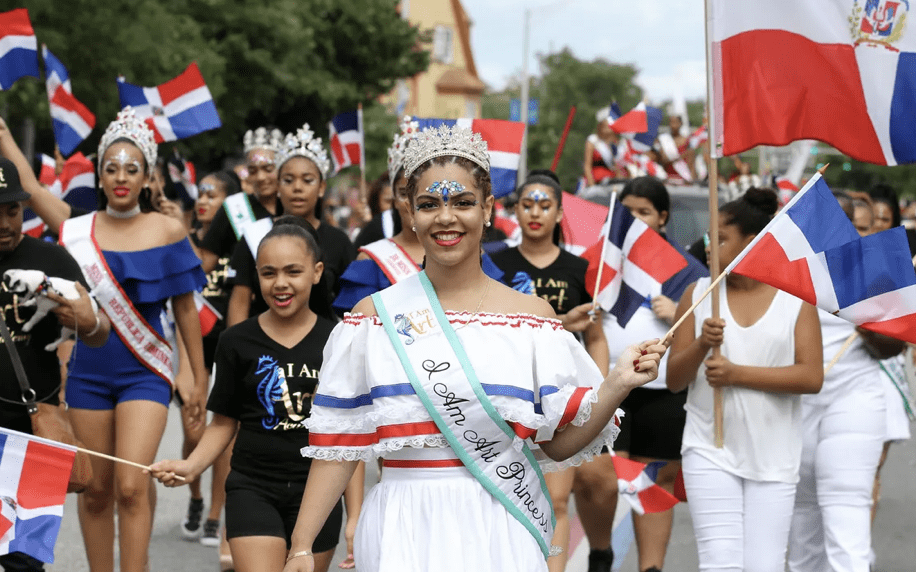 The Tribute to Our Youth and our Local Talent, the Annual Dominican Cultural Parade kicks off a day of entertainment. The Parade procession begins at the intersection of Thurbers’ Avenue and Broad Street marching towards the Roger Williams Park’s Broad Street entrance.

Ramirez, a retired baseball outfielder, is a native of Santo Domingo, Dominican Republic and played in the league for 19 seasons. The Dominican-American baseball player is considered one of the greatest right-handed hitters in the history of the game.

Following the parade the festivities include performances from internationally recognized performers, the Grand Marshals Award, and remarks from elected officials and several of Rhode Island’s leading Dominican-American business and community leaders…

Miriam Cruz, a merengue music awards winner and known as one of the tropical music most important female orchestras worldwide;

The Festival is comprised of 250 youth performers representing summer camps, sports leagues, dance and modeling academies focusing their performances on folkloric and theatrical carnival themes. The parade will include floats from different countries, Latino organizations, colorful folkloric dancers and more.

This is Southern New England’s largest Dominican Festival, made possible with the financial support of following sponsors: