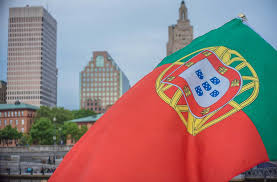 “Portuguese” no longer a business designation in Rhode Island?

The amendment is specific to the removal of “Portuguese (a person of Portuguese, Brazilian, or other Portuguese culture or origin regardless of race)” from the list of classifications. Other groups defined in the bill, which would remain unedited are:

Black (origins in any of the black racial groups of Africa)

Hispanic (“Mexican, Puerto Rican, Cuban, Central or South American, or other Spanish culture or origin, regardless of race)

The bill, which as of today, has no co-sponsors, now goes to the House Labor Committee, which Rep. Williams chairs.

The Portuguese Numbers in Rhode Island

In Rhode Island, Portuguese immigrants make up 9.7 percent of the population, the densest concentration of Portuguese in any state in the country.

Looked at nationally, the city of East Providence is the 2nd densest percent population of Portuguese in the United States of America.  Other RI cities in the top 50 in the US are: Bristol, Tiverton, Warren, Riverside, Rumford, and Little Compton. Extended to the top 100 cities, there are four more RI cities/towns included. Here is the link to a list of all Portuguese cities and towns by percent of population in the US:

Counting Portuguese Americans in the US – and the RI – Census

The Portuguese-American Leadership Council of the United States has been the lead advocate agency encouraging Portuguese Americans to be sure to claim their nationality status in the 2020 Census. PALCUS has been working with the U.S. Census Bureau to establish the first national Complete Count Committee in the history of the Bureau so that all U.S. residents who claim Portuguese ancestry will be informed and counted as “Portuguese” in the 2020 Census. After working with the US Census, the following was agreed to:

As a result of meeting with officials in the Population Division of U.S. Census Bureau Headquarters, the following has been clarified about the coding and tabulation of “Portuguese” as an ethnic group:

During the recent Black Lives Matter issue, PALCUS released a letter to its membership is support of African-Americans.

To Our Portuguese Community,

We are deeply saddened by the deaths happening in the African American communities across the country. We express our condolences to the families impacted by these deaths, horrific reminders that we must never relax our guard against racism and injustice, in any form.

As an organization working for the growth and progression of Portuguese-Americans who came here for the American Dream, and a community that has integrated well into American society and embraced ethnic diversity in our own families, we must do our part to promote the dialogue around this issue affecting our African-American brothers and sisters.

To that end, PALCUS is planning a series of forums to address the issues of racial injustice and inequality around the country and within our own community, as well as many other topics. Some of the topics we will be addressing include:

These are big topics that affect our community directly, and we strongly encourage your participation in these conversations. Do you have suggestions for topics or guests to be interviewed? These are your conversations. PALCUS exists to serve you, the entire Portuguese community and together we can start a dialogue that is long overdue.

For those that feel compelled to take action, we encourage you to peacefully stand up for your beliefs and ask that you not resort to violence. One of the best ways for your voice to be heard is to contact your elected officials at the local, state and federal levels. Continue to make your voice heard.

At hand is an issue that, at its core, affects us all, independent of party affiliation or political background. We must not fall prey to prescribed definitions and terminology, as it transcends labels and demographics and checkboxes. At hand is an issue of humanity. PALCUS stands for humanity.

Black Lives Matter. PALCUS stands with the Black community, and together we can pursue racial justice and equality.

When RINewsToday reached out to PALCUS for a comment on the bill to eliminate “Portuguese” as a minority business desiggnation, Angela Costa Simoes, Chair, of the Board of Directors said:

“This issue has been raised many times before in past years, and in our view it is discriminatory against the Portuguese community, which is a minority of the population in the State of Rhode Island and the United States. The idea is to create more opportunities, not less, especially if the number of minority-owned businesses are receiving nowhere near what they should be getting in public contracts.  PALCUS will be contacting the local Portuguese-American elected officials and other legislators that have a large number of Portuguese constituents.”

What are the numbers?

We reached out to CommerceRI to see what the numbers looked like for minority owned business awards over a number of years. We received a response from Richard Dulski, Interdepartment Project Manager, for the RI Department of Administration.

The dollar and percentage of contracts given out over the past 5 years:

Over the past 6 years:

By far, the largest increase was in:

Here is the bill Rep. Williams has submitted.

RINewsToday reached out to Rep. Williams but did not hear back.