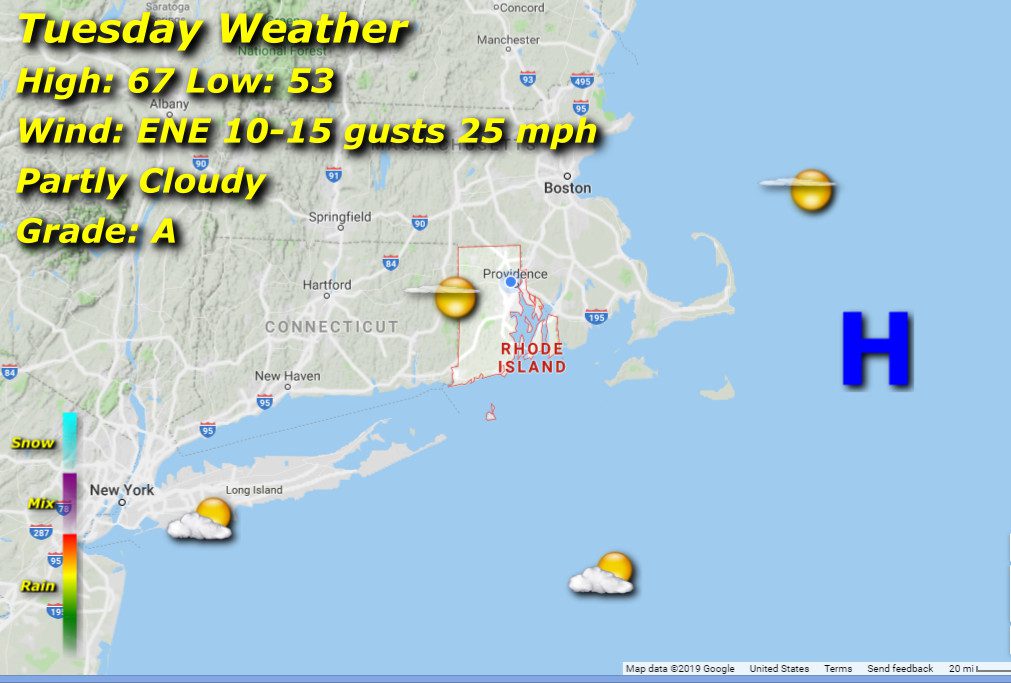 High pressure builds in with some easterly breezes that will keep the temps from climbing too high. Afternoon highs in the upper 60’s and evening lows in the low 50’s with winds generally out of the east gusting to 25 mph. No rain, as the low pressure system will remain well to our south.