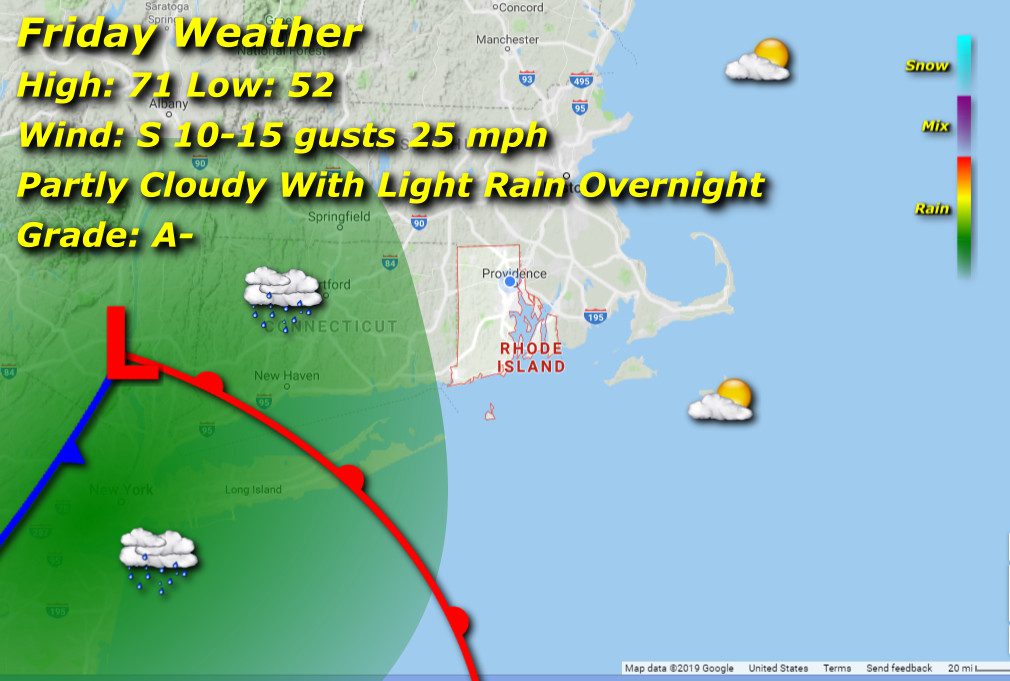 Partly cloudy skies through most of the day. A weak disturbance moves through later in the evening with some light rain during the overnight hours. Afternoon highs in the low 70’s from morning lows in the low 50’s with a southerly breeze.