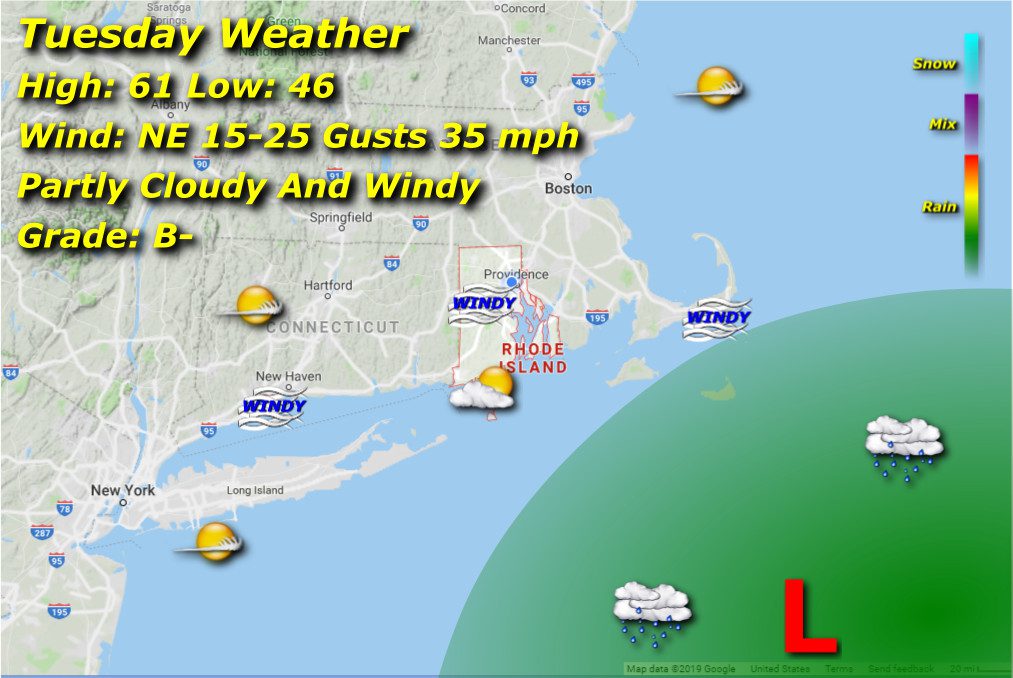 Low pressure hangs around off of the New England coast, so essentially a carbon copy of yesterday, partly cloudy and still windy. Morning low in the mid 40’s will warm to the low 60’s in the afternoon with northeasterly winds gusting to 35 mph.