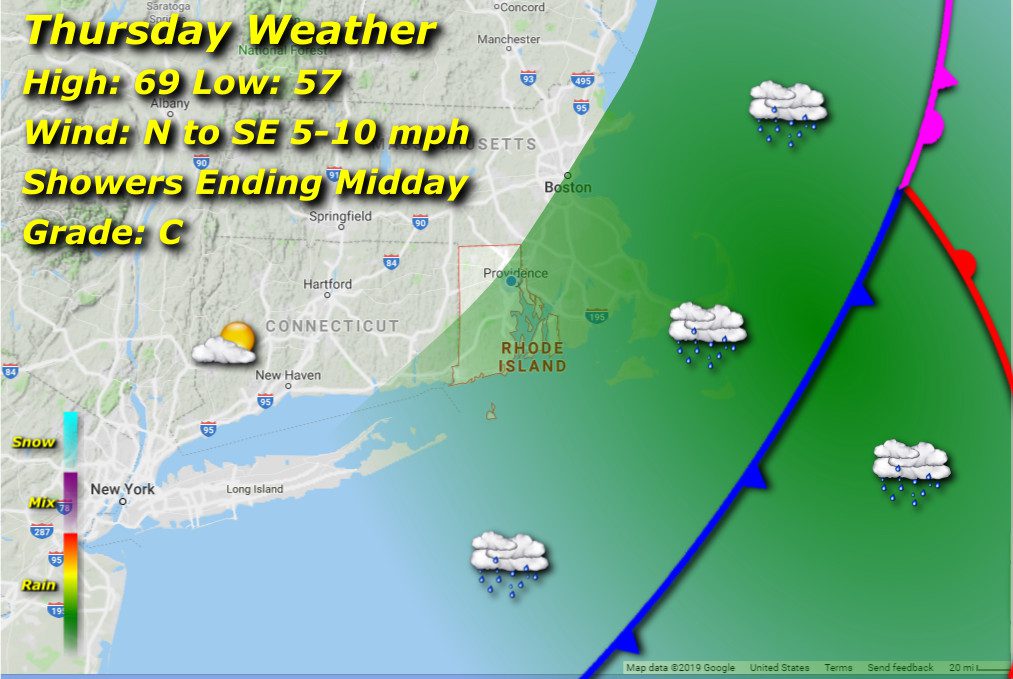 Our sluggish frontal system finally makes some headway to more welcome confines, over the ocean that is, and eventually out of our hair, but not before finally dropping some light rain over the area until midday. We may even see the sun again during the afternoon with a high in the upper 60’s and evening lows in the upper 50’s with a light shifting breeze.