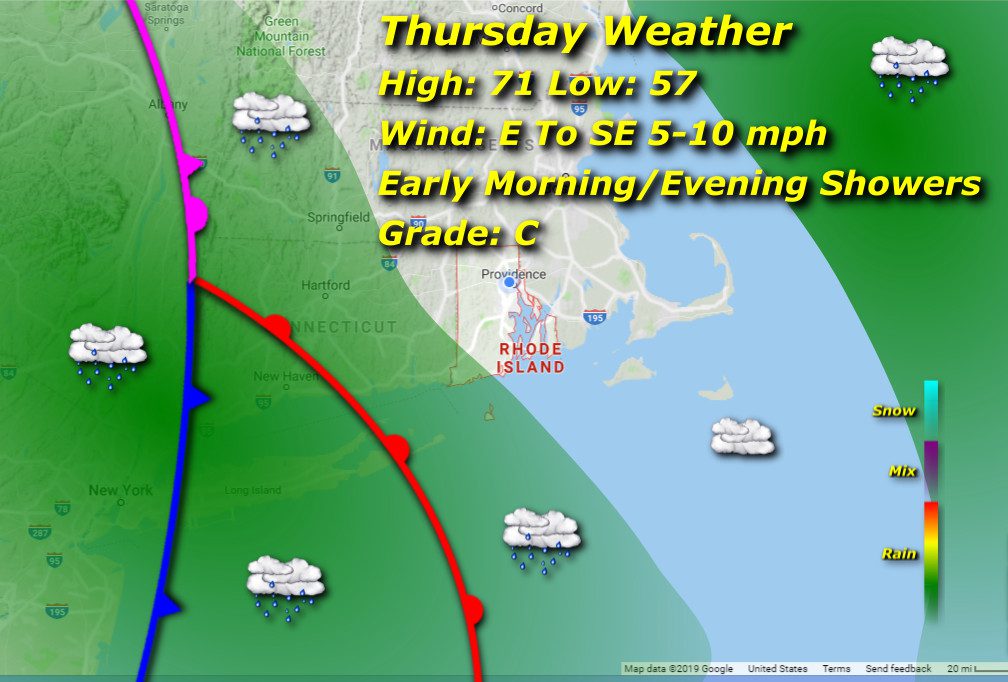 Frontal system remains to our west with some morning showers ending around sunrise. Clouds stick around through most of the day, and then another batch of showers strikes during the evening and carries through the night as the system makes some eastward progress. Morning lows in the upper 50’s rising to the low 70’s in the afternoon with a light breeze shifting from easterly to southeasterly.