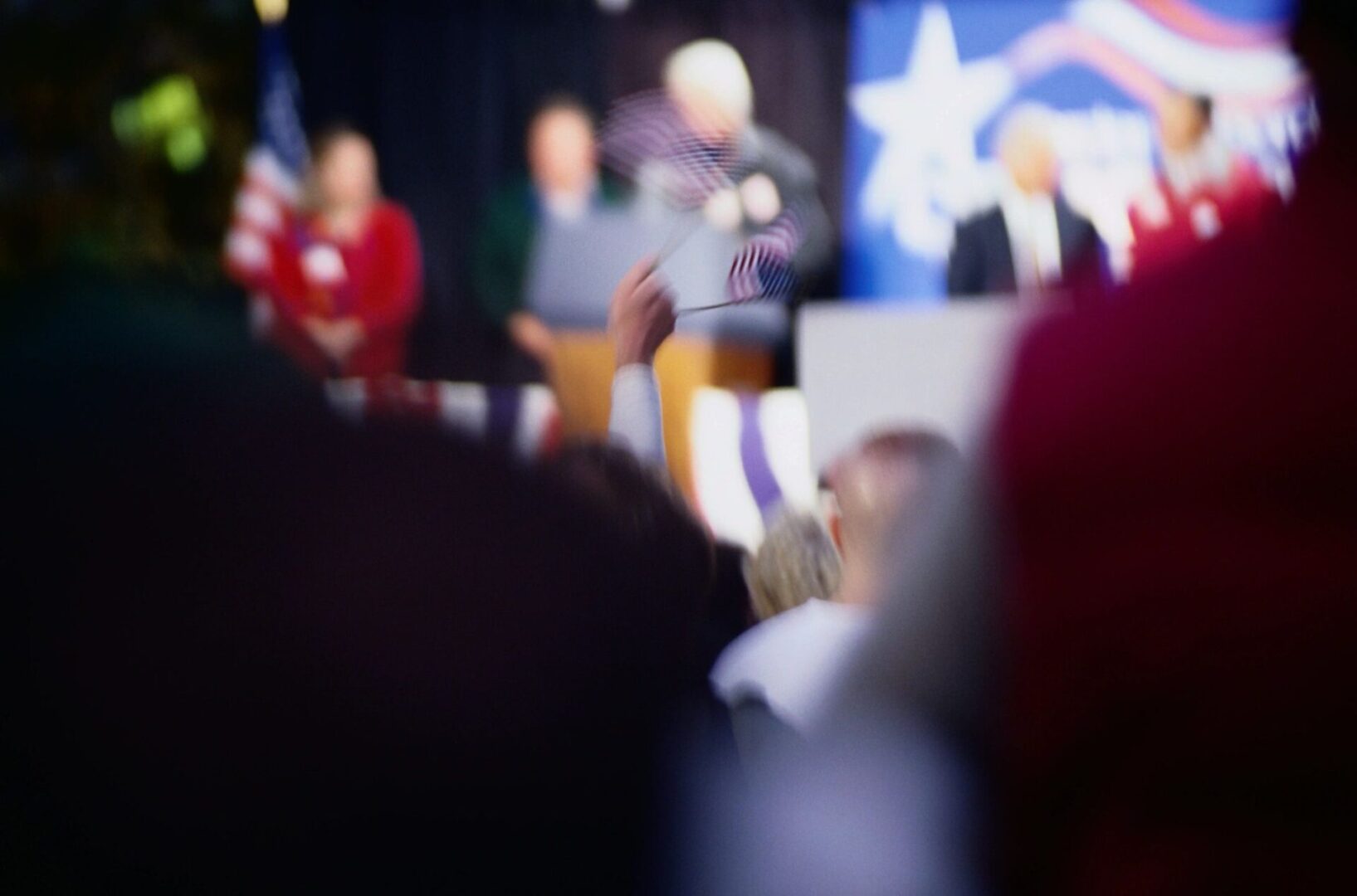 Political season lacks gusto – what are the questions when it comes to our health? – Richard Asinof

We are now waist deep in the 2022 election season. With that plunge into the political waters has come an avalanche of paid ads, candidate debates, and staged endorsements, with the Sept. 13 primary election only six weeks away.

The debate, moderated by Ted Nesi and Tim White, featured heated exchanges between the three women candidates over why the Equality in Abortion Coverage Act was not included in the state budget and not brought up for a vote by the General Assembly.

What wasn’t made exactly clear by the moderators – or by the candidates – was the underlying problem the proposed legislation would fix: enacting the Equality in Abortion Coverage Act would enable those residents on Medicaid and those state employees with health insurance through the state plan to be eligible to have such personal health care choices covered by insurance.

Translated, if your health insurance plan won’t cover the medical costs for an abortion, it becomes a steep economic barrier to overcome.

The hidden story is that more than one-third of the state’s residents are receiving Medicaid health benefits – approximately 347,977 residents as of March 31, 2022, according to the state’s Medicaid director, Kristin Sousa. It’s a figure that reporters consistently get wrong in their news coverage, it seems. [See link below to ConvergenceRI story, “Meet the woman in charge of Medicaid in RI.”]

Another big topic of disagreement between the candidates for lieutenant governor focused on the state’s decision to provide taxpayer money in order to build a $124 million soccer stadium in Pawtucket, abandoning financing – allegedly just for the moment – for the affordable housing development that was to accompany the project.

The state’s position – and Gov. Dan McKee’s position, who broke a tie vote by the board of directors of CommerceRI – is, if you build the soccer stadium, they will come.

•  On Wednesday, Aug. 3, from 9:30 to 11:30 a.m., the Senior Agenda Coalition and its 16 co-sponsoring agencies will host a 2002 Gubernatorial Candidate Forum at East Providence High School.

The candidates, no doubt, will perform an elaborate song-and-dance routine, promising how they are going to improve the financial situation for the state’s nursing home industry and, at the same time, improve the living conditions for nursing home residents, all the while touting plans to increase the stay-at-home options for seniors.

The problem, of course, is that the solutions will require more state investments, including increases in Medicaid rates, which in turn will require raising more tax revenues.

Translated, the current demographics in Rhode Island – a high number of “old old” residents, people who are 85 years or older, as well as a falling birth rate – means that the disappearing middle class in the state will be required to pay more for the care of the most vulnerable residents – the older, the poorer, the sicker. Not necessarily a winning political message.

Here, once again, the future of Medicaid needs to become an intrinsic part of the solution – given that the state’s Medicaid program becomes the payer of last resort for those in nursing homes, once a determination of care has been made. And, nursing homes with a high percentage of Medicaid patients are steadily losing money, making them vulnerable to takeover by private equity firms.

Drum roll for the numbers, please: In May, John Gage, the president and CEO of the Rhode Island Health Care Association, cited a national report that said “87 percent of the state’s nursing homes were at financial risk of closure.” Gage blamed the situation on “chronic underfunding by Rhode Island Medicaid of a quarter of a billion dollars over the past decade,” and an historic workforce shortage, with a loss of more than 21 percent of nursing home workers in the last two years.

•  On Thursday, Aug. 4, from 6-8 p.m., RICARES and several community recovery organizations will host a Providence Mayoral Candidates Forum focused on recovery and harm reduction at the Jim Gillen Teen Center on North Main Street in Providence.

It’s no big secret that the public health emergency precipitated by the COVID pandemic has created a huge burden for children, families and adults when it comes to unmet behavioral health and mental health services in Rhode Island. The numbers of fatal overdoses keep increasing – the number of deaths hit an all-time high in 2021, and the death toll in 2022 promises to top the “highest ever” charts again.

The unmet needs of young female patients in crisis because of a lack of treatment beds, have resulted in the warehousing of patients in hospital emergency rooms. Once again, the ongoing failure to meet the needs of Rhode Islanders when it comes to recovery and harm reduction is closely tied to the failure by the state to increase Medicaid rates for providers during the last decade.

The mayoral forum sponsored by RICARES at the Jim Gillen Teen Center will provide a fascinating opportunity for dialogue between candidates Brettt Smiley, Nirva LaFortune, and Gonzalo Cuervo, in part because Channel 10’s Alison Bologna will be moderating the discussion, and she is a reporter well versed on the issues.

Translated, the discussion about harm reduction and recovery is one that needs to encompass affordable housing, public education, economic opportunity, and policing policies – all topics that require Providence to redefine its economic relationship with the state, and with nonprofit universities and hospitals which do not pay taxes.

The question is: Which forum next week will get more media coverage? The gubernatorial or the mayoral gathering?

What is missing?
The biggest problem, in ConvergenceRI’s opinion, is the lack of knowledge by both the candidates and the reporters asking questions, particularly when it comes to health care – and specifically when it comes to Medicaid.

For instance, in the recent interview with Dr. Jeffrey Borkan, the outgoing chair of the Department of Family Medicine at the Alpert Medical School, it was revealed that the cuts in Medicaid rates for Memorial Hospital, which had begun in 2010-2011, resulted in an annual loss to the hospital of $10 million a year, which proved to be unsustainable, with the hospital’s annual budget being around $120 million. That was the major cause for Memorial Hospital’s financial decline and eventual closing. But it was a fact that was not revealed publicly until the interview. [See link below to ConvergenceRI story, “All in the family.”]

Here are 20 questions that ConvergenceRi will be sending to the candidates running for Governor and five questions for Mayor. How many will provide answers is anyone’s guess.

1. How many people in Rhode Island are currently receiving Medicaid benefits, as of July 31, 2022?

2. Do you believe that Rhode Island is prepared to cope with the need to recertify Medicaid eligibility if and when the federal public health emergency for COVID is lifted?

3. Do you believe that the state should conduct an audit of the current Managed Care Organizations providing Medicaid services, in advance of the re-procurement process, worth some $7 billion over five years, beginning on July 1, 2023?

4. How many health equity zones are there in Rhode Island? Where are they located? Can you describe the work being undertaken by the Central Providence HEZ?

5. Why are prescription drug costs driving the increase in health costs in Rhode Island? What do you think is an appropriate solution?

6. What findings from the 2021 Life Index do you believe are most relevant to the well being of Rhode Islanders?

7. What is the current schedule for completing the state laboratory in Rhode Island?

8. What kind of candidate are you looking for in choosing a permanent director for the R.I. Department of Health?

9. Do you believe that R.I. Medicaid should be part of the R.I. Executive Office of Health and Human Services, or should it operate as an independent agency?

10. How would you define the “Innovation Ecosystem” in Rhode Island? What kind of investment in research should the state government be making, if any?

11. Do you support the passage of the Equality in Abortion Coverage Act in a special session of the R.I. General Assembly?

12. Do you support the state legislating to remove lead pipe water connections in Rhode Island?

13. What would you do to spur on the development of a Harm Reduction Center [safe injection site] in Providence?

14. How would you reduce the two-tiered system of health are delivery in Rhode Island, one for the wealthy and one for the poor?

15. What kinds of new investments would you like to see around public health in Rhode Island?

16. What are your solutions to the current health care workforce crisis?

17. What is the role that high-priced business consultants should play in the running of state government?

18. What data innovation would you like to see implemented in regard to health care delivery in Rhode Island?

20. Have you had the opportunity to watch the dramatic series, “Dopesick?”

Bonus question: What question haven’t I asked, should I have asked, that you would like to talk about?

Questions for the mayoral candidates:
1. How would you work with the R.I. Attorney General to reduce gun violence in the city?

2. What kind of investments would you recommend making to improve the reach of primary care practices in the city?

3. What kind of peer recovery programs would you like to see expanded at hospital emergency rooms in Providence?

4. Would you be willing to expand the range of the mobile medical unit managed by CODAC to distribute methadone?

5. From a health perspective, what are the most valuable assets that Providence has as a city?