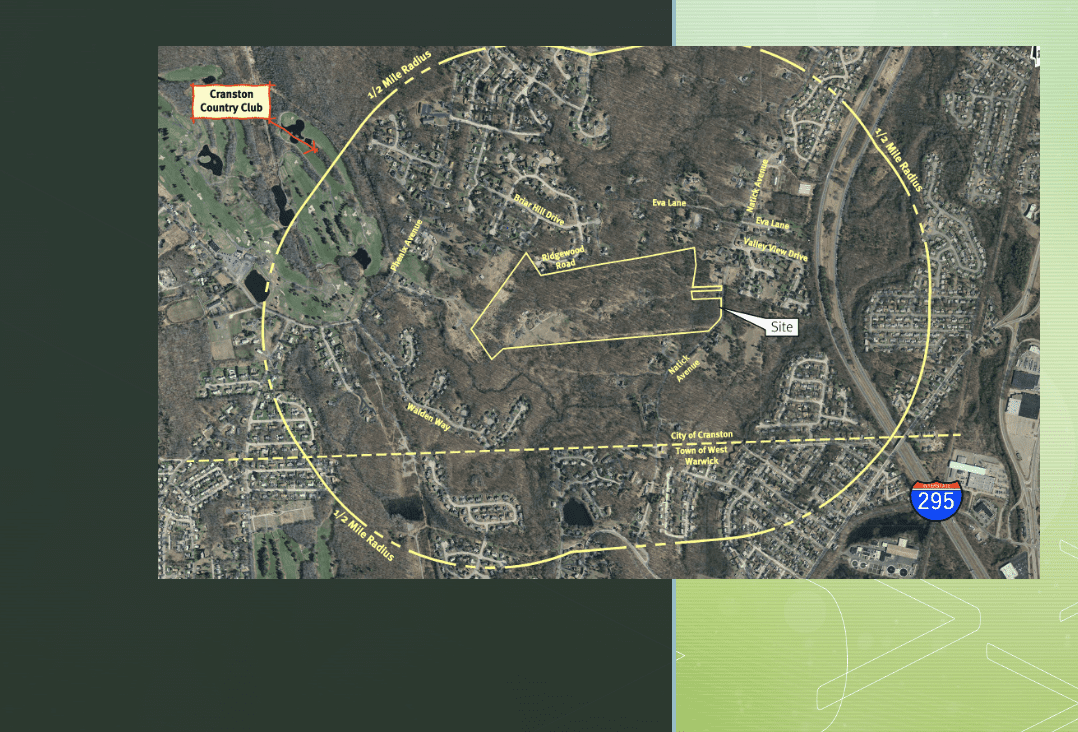 Green energy vs. failure to protect the environment, forests and farms. As commercial solar projects grow larger, the infringement on residents’ concerns who live in rural areas and those interested in preservation of farms and woodlands has become more of an issue and one which is taken into the courts as well.

Plans for an industrial solar farm in wooded western Cranston has been a bone of contention for years. After the plan to move forward was approved, lawsuits resulted in a court order for the project to go back to the Plan Commission in Cranston for reconsideration after public comment was ended against regulations. The first meeting is set for tonight.

“The applicant is proposing to develop, install and operate an approximate 8.1 megawatt (dc) ground mounted solar energy farm on a 29.7 acre area within a 64 acre site comprised of two lots located within an A-80 zone. There are two areas of the site that will not be utilized by the project (designated as ‘Parcel A’ and ‘Parcel C’ on the Site Plan) which are a hayfield/Christmas Tree farm/woodland area and a wetland area, respectively, and are proposed to remain as such. The site is covered with existing
vegetation as well as topography sloping towards an existing wetland are in the southeast portion of the property. The proposed project includes the clearing and grading as necessary to install the ground mounted solar arrays, associated electrical equipment (inverters, switchgears and transformers), and the gravel roadway providing access to the solar farm and the portion of the property to the west of the proposed solar farm (currently labeled ‘Parcel A’ on the Site Plan). The proposal includes a planting plan
to buffer the project from adjacent residential communities, which will be reviewed in further detail at the Preliminary Plan phase, should the Master Plan be approved.”

Former Cranston City Council member Steve Stycos has been keeping residents updated on the controversial project and send this email out to the community, notifying them of the meeting which will take place at Cranston City Hall – tonight – August 2nd – at 6:30pm