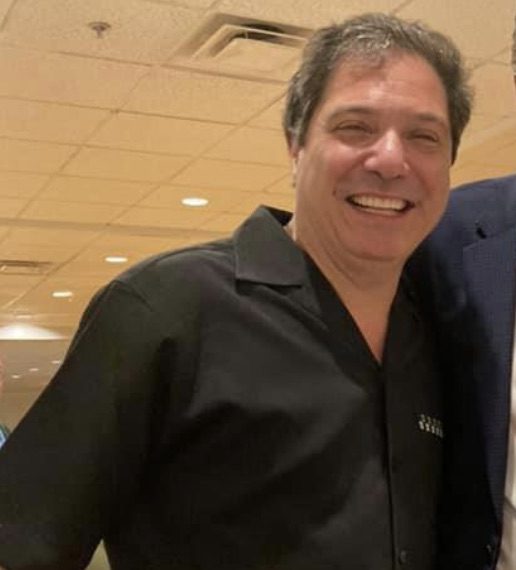 On September 15th, the press releases came one after the other – from the Cranston GOP, to Cranston Mayor Hopkins, to past mayors Fung and Traficante, and outgoing Councilmember, Ed Brady, himself – in support of the nomination of Vincent Turchetta to represent Ward 4 on the Cranston City Council.

The position became available at the resignation of Councilman Ed Brady (R), who just announced a new project to restore the Park Cinema as a going business/venue.

However, the special City Council meeting, to be held at 6:30 makes no mention of Turchetta and now puts forth as a nominee Richard Campopiano. No other nominations are expected.

When reached for comment Turchetta says he withdrew his name from consideration. Turchetta said he was unaware of the amount of support that had been issued for his nomination and he would always respond to his city’s request to serve, but did reconsider and is in favor of whoever the City Council President, Chris Paplauskas, nominates. “The President should have someone he wants.”

The new nominee is Richard Campopiano. In a nomination letter written by Paplauskas, he notes, “I’m pleased to officially nominate Richard Campopiano to represent the residents of Ward 4,” said Paplauskas. “His demonstrated leadership as a local business owner, and his proactive volunteerism and community building speaks for itself as to why he will make an excellent public servant on the council.

Campopiano has deep roots in the City as a small business owner and active community leader. He is the past president of the St. Mary’s Feast Society, former president of the Holy Name Society, and has served as an usher with St. Mary’s Parish for more than 12 years. Additionally, Campopiano dedicates countless hours per year to a variety of charitable organizations and efforts with a consistent drive to work with others to support those in need locally and nationally. Campopiano has been married to his wife Debbie for 38 years, and together they have two children who themselves are raising their own families in Cranston.

“It is an honor and privilege to be nominated to represent my neighbors in Ward 4 on the Cranston City Council,” said Campopiano. “Serving our community in public office is a position I do not take lightly. My time as a Cranston entrepreneur and community volunteer has provided me the experience I need to serve Cranston and help lead our city into a strong future.”

Paplauskas statement says that he “is confident his colleagues will agree that Campopiano is an excellent choice to represent Ward 4, and he encourages his fellow councilmembers to support the nomination. “Richard Campopiano is ready to serve the constituents of Ward 4 and work with the entire Council to keep moving Cranston forward,” Paplauskas said. “As a business owner and prominent community leader, he is the right person at the right time to serve on the Council and engage in the important work on our agenda.”

According to the Cranston City Charter, vacant council seats must be filled via Council appointment with an individual maintaining the previous council person’s party affiliation and ward residence. Campopiano’s appointment will fill the vacancy created by the resignation of Council Vice President Edward Brady, himself a well-respected Cranston business owner and community leader.

From Matt Reilly: The Republican City Committee endorsed Vincent Turchetta because members felt at the time he was well qualified to serve in the City Council. He has since asked that his name be withdrawn from consideration. Ultimately the City Council will choose Ed Brady’s successor. While Richard Campopiano just recently expressed an interest in being considered, he appears to be qualified and I expect he will be selected Monday evening to fill the Ward 4 vacancy for the remainder of the term. The residents of Ward 4 deserve to have their voices represented on Council matters.

From Nicole Renzulli: “I know that a name must be on the docket in order to be considered officially – it is not the kind of process where say if someone doesn’t get the votes, we just nominate and vote on someone else who is not listed. So since Mr Campopiano was put on the docket by the Council President, then that’s who we will vote on. The nomination of Vin Turchetta was never put forth with the calling of a special meeting- we would have needed three council members to call such a meeting, but the Council President can do so on his own. So to my understanding, Vin Turchetta’s nomination would not even be considered an official nomination, even though he received the support of the Cranston Republican City Committee.

I would have supported Vin Turchetta… I think his knowledge of the the Cranston schools would have been invaluable to us in general, but especially come budget season. I will now support Richard Campopiano, who has a history of serving his community and who I know is eager to get to work for Ward 4. I’ll be honest, I do not love how this process went and there certainly needs to be some serious discussion on that going forward, but right now it’s clear to me that we just need to get the residents of Ward 4 the representation they are entitled to.

Ed Brady was an extremely active and available councilperson when it came to constituent complaints, and Ward 4 residents have expressed wanting their dedicated public servant, on more than one occasion. As a City Wide Councilwoman, I have been increasingly busy with concerns in that area and I look forward to (hopefully) working with Richard Campopiano there. He is certainly a “people person,” who I think he will step in and hit the ground running in Ward 4.”

From John P. Donegan: “I am not privy to any information”.

From Aniece Germain: “I have no comment on Mr. Turchetta’s withdrawal.”

From Robert Ferri: “I feel that Richard Campopiano is an excellent candidate and will do an outstanding job representing the people of Ward 4 and the city of Cranston.  I feel that if Mr. Turchetta did not have enough time to keep his position in the School Committee then how could he possibly have had enough time to perform the duties as a Council person?  Besides the fact that he was a Democrat and had to change parties to get nominated as a replacement for Ed Brady. There is obviously more to the story. I will leave it at that.

From Mayor Hopkins: “They are both excellent candidates. The Council President felt he didn’t have the votes I guess for [Vincent] Turchetta. He needed a Dem to vote and the word was they would not because Turchetta was previously a Dem. Campopiano is also a great candidate and I wish both of them nothing but the best.

Turchetta had been a member of the Democratic party, but had changed recently to become a Republican. That issue appears to be at the heart of his lack of support from Democratic members of the City Council. His name was never put on the ballot after the public announcement and endorsements.