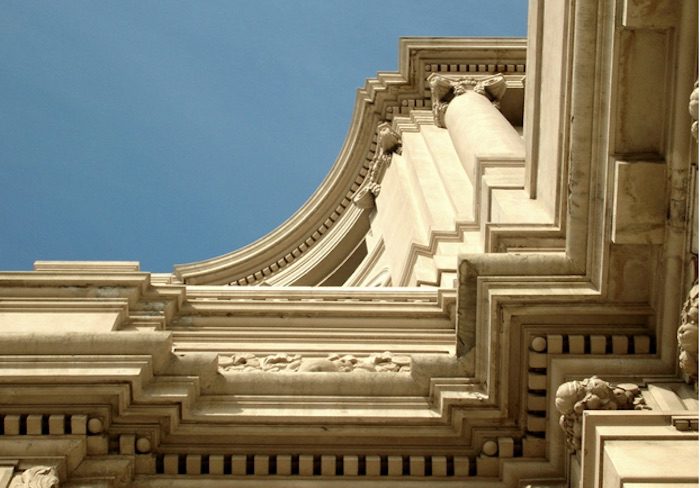 (The last of three articles on classical architecture in federal buildings and how regulations are being addressed.)

The proposed executive order encouraging classical architecture for federal buildings in Washington and elsewhere, if adopted by President Trump, would replace Kennedy-era guidelines that have encouraged modern architecture for federal buildings since 1962. Enough time has passed to declare modern architecture a failed experiment in federal placemaking – it fails to promote the national dignity, enterprise, vigor and stability that are the four goals of the JFK guidelines.

To need an “official style” is surely regrettable, but we already have one and the question is whether it is time to embrace a new one. The National Civic Art Society, the Washington, D.C.-based nonprofit that got the ball rolling, is to be commended for its masterstroke in bringing the topic to the public’s attention. Having Donald Trump’s name associated with this initiative is problematic, but no more difficult than any effort to turn federal design back to its traditional roots would be absent a connection to Trump.

Who should be credited is less important than whether the initiative makes sense. The public prefers traditional to modernist forms of architecture by large margins, and this is a democracy, so citizens deserve a voice in the design of their surroundings that they have not had for decades, if ever. This is especially so for federal government structures, which, more than any others, are supposed to reflect the broader civic weal.

Modernists have been unable to articulate a defense of their style for a very long time. They have not needed to. Modern architecture’s representatives in the academy have had virtually total control of architectural education for more than half a century. The architectural media kowtow exclusively to the system of starchitecture that has dominated the field, and refuse to demand an accounting from modernists, whether for individual buildings or for the generally tedious built environment.

Threatened by the proposed executive order, they have hauled out the usual old chestnuts: Classical architecture is to blame for World War I! Classical architecture was the style of the Third Reich! New classical buildings in the modern age are like doctors who still use bleeding to treat patients, or, as a Washington Post editorial put it, “the architectural equivalent of requiring federal workers to wear knee breeches and a tricorn hat.”

Most of those arguments could be knocked over by a barely sentient fifth-grader. But a pair of related arguments is more serious and proponents of the design change in federal architecture must address them directly. These two arguments are that classical architecture stifles innovation and that modern architecture is scientific.

In fact, recent scientific research backs up longstanding assumptions that classical and traditional styles of architecture are closer than modernist ones to nature, and that humans are naturally averse to modern architecture. For example, Nikos Salingaros, a University of Texas professor of mathematics, has identified processes in the development and articulation of traditional architecture that resemble the biological processes of reproduction and evolution. Ann Sussman, a Cambridge architect and design researcher, has used eye-tracking technology to measure the extent to which the human eye focuses in on ornament – especially shapes that bring the human face to mind – and avoids the blank stretches that constitute so much of modern architecture.

Opponents of a return to classicism for federal architecture declare that modernist innovation – exemplified by, perhaps, Brown University’s Granoff Center for the Creative Arts, which looks like a gigantic accordion hit by a major earthquake – would give way to the conformity of the classical orders from ancient Greece and Rome. This concern is mere prejudice, springing from a historically narrow definition of innovation and creativity.

Modern art and architecture advance by creative leaps that seek to be unique in the history of a particular medium. Paintings where human characteristics are represented by cubes, for example, or buildings whose massing seems to defy gravity. Each artist distinguishes him or herself from others by qualities that jump out at the observer.

Classical art and architecture, on the other hand, seek to advance by steps that bring greater reach and effectiveness to the methods common to a particular medium, such as, in painting, a new type of brush stroke, a more realistic way of depicting human skin tones, or a new composition for oil colors that dry more swiftly on canvas; or, in architecture, a more coherent method of cornering Ionic columns in a portico, or new techniques for measuring the effectiveness of angles by which pitched roofs shed snow.

The mostly small, integrated advances of traditional artistic endeavor add, year by year, to the virtuosity of each art, and the ability to understand and enjoy them advances no faster, generally, than the capacity of observers to perceive the advancements. In modern architecture the cascading pace of advancement contributes to confusion and ennui in the built environment, whereas in classical architecture the pace is slow, acting as an anchor of stability as the pace of change speeds up in a scary world.

The draft executive order, by slowing down aesthetic change in federal buildings, may contribute to a less chaotic and more orderly constitutional republic, not to mention one whose beauty is more easily comprehended by the broad mass of its citizens. The late Sir Roger Scruton wrote that “the classical idiom does no so much impose unity as make diversity agreeable.”

Given trends in federal architecture today and the look of cities generally over the past half a century, the draft order may have the effect of slowing down the atrophy of our civic life, and an approaching authoritarianism in our governance. But don’t tell that to President Trump!

David Brussat – My freelance writing and editing on architecture and others addresses issues of design and culture locally and globally. I am a member of the board of the New England chapter of the Institute of Classical Architecture & Art, which bestowed an Arthur Ross Award on me in 2002. I work from Providence, R.I., where I live with my wife Victoria, my son Billy and our cat Gato. If you would like to employ my writing and editing to improve your work, please email me at my consultancy, dbrussat@gmail.com, or call 401-351-0457l or go to: https://architecturehereandthere.com/