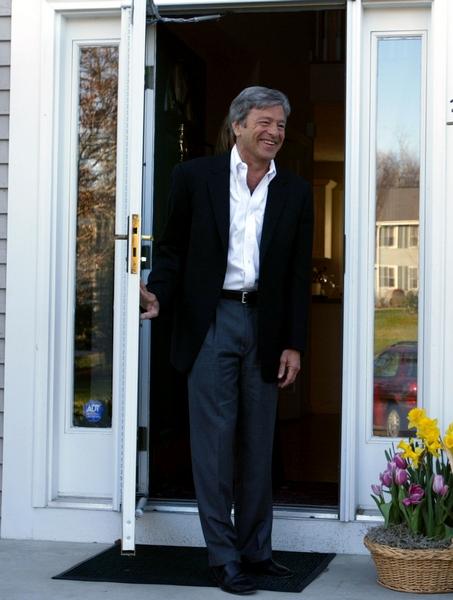 On the passing of Jim Taricani…

On the passing of Jim Taricani…

My memories of Jim Taricani largely revolve around his work with the American Heart Association. His involvement as Honorary Chair of the American Heart Walk, a position he took very seriously, soon expanded from cutting some PSAs and “leading” off the walk on walk day, to getting involved in corporate team recruitment, and then deepening from there, helping the group raise money, and opening doors where he could.

He never turned down a request to talk to people about the importance of heart research, or about his own heart transplant. He spanned the gap between physician and patient with ease. He also never turned down an opportunity to encourage men, women, and children who had heart disease, or were facing heart surgery, or in recovery.

Once the crisis of heart surgery was over, a total change in lifestyle would begin, and Jim knew that was when the battle for survival began, too. He would talk about exercise, heart-healthy cooking (such a gourmet!), and the importance of weight control and not smoking. Need a recipe for heart-healthy turkey and stuffing at Thanksgiving? He’d give it right to you.

When he became chair of the annual Heart Ball, he went missing for some time; no one seemed to know where he was. And then he popped up. Where? On stage, tuxedo and all – playing guitar with the band, a spot he definitely felt more comfortable in.

When Jim was waiting for his heart transplant, in a Boston hospital, several staff and key leadership would make an afternoon trips up to visit with him – we’d watch the scullers on the river. Jim was kind of shy, especially when the talk was about him. But his opinions flowed, raising an eyebrow or two, as he tested you a bit to see if the conversation was ok to have.

When the AHA changed dramatically, with mergers – and purges – he was a staunch ally, always coming down on the side of patient care and support of dedicated staff. One time we walked out together to the pitcher’s mound at McCoy Stadium for a PawSox first ball ceremony for the RI Organ Donor Awareness Coalition; a group he was devoted to in promoting the importance of organ donation. He was about to toss out the first ball, and I was doing what I had done so many times – escorting the volunteer at a high-profile event. We started to talk about our days at the AHA, and the fun we had had at Heart Walks, and other events, and he turned to me and said, “you know, none of the new people at the AHA even know I had a heart transplant!” – and we burst out laughing over that being such an odd sign of “winning”… and winning he did. I will miss you, my friend.” – Nancy Thomas

Calling hours at the Barrett & Cotter Funeral Home on Wednesday, June 26th from 4-8pm. Funeral will be on Thursday, June 27th at 10am at Christ the Church King Church in Kingstown, with burial to follow at Quidnessett Memorial Cemetery in North Kingstown.