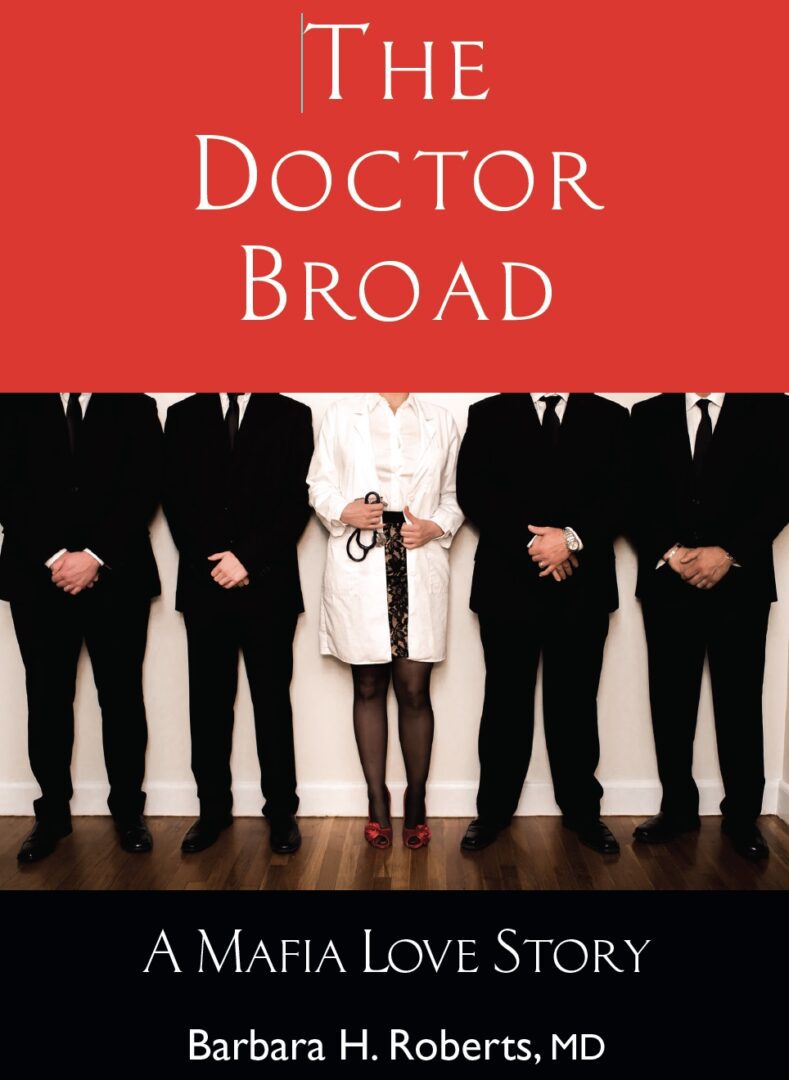 The Origin of The Doctor Broad: A Mafia Love Story

It was Sunday, April 5, 1981. I was making rounds on my patients at the Miriam Hospital in Providence, Rhode Island, where I was a cardiologist on staff. That day, the Providence Journal Sunday Magazine published a cover story on me, entitled, Who Is the Real Dr. Roberts? The Journal’s interest in me stemmed from the fact that for the previous several months I had been taking care of the “alleged” head of the New England Mafia, Raymond L. S. Patriarca. It was my testimony that he was too sick to stand trial, that the stress of such a proceeding carried a very real risk of causing his death, which had stymied police and prosecutors in their attempts to link him to two murders. These cases depended on the testimony of an informer who was in protective custody. My going to bat to defend the notorious don did not endear me to police, the FBI, prosecutors or the state’s largest newspaper, The Providence Journal. The article delved into my past as a devout Catholic school girl, the oldest in a family of ten children, my marriage to former star Columbia University quarterback Archie Roberts, my evolution into an atheist, pro-choice, anti-Vietnam-war activist, my divorce from Archie, and the on-going custody battle with the father of my youngest daughter, to whom I was never married. It also discussed my care of Raymond: “Patriarca is big news around here and Dr. Roberts found that his notoriety rubbed off… Medical insiders say they were surprised to see Dr. Roberts named as Patriarca’s doctor since his long-time physician is Dr. Frank Merlino. Curiosity about Barbara Roberts grew. Who is she? How did she become Patriarca’s doctor?”

That morning, as I approached the nurse’s station on the fourth floor where most of the cardiac patients could be found, I overheard two nurses discussing me. The first queried her friend: “Did you read the article about Dr. Roberts in the paper this morning?” “Nah,” her colleague replied, “I’m gonna wait for the movie.” It occurred to me for the first time that my story was, in many ways, stranger than fiction. The thought of writing about my life began to germinate at that moment, but it would be many years before I put pen to paper. My life became even more complicated over the ensuing months and years. I met, fell in love with, and began a clandestine affair with the alleged “#3 man” in the New England Mafia. I endured a lengthy custody trial. Raymond’s health continued to be fragile and required me to testify in multiple courts. My oldest daughter had a nervous breakdown. My lover was convicted of accessory and conspiracy to murder and sent to prison for two consecutive life terms plus ten years and I suffered a serious depression. Although his conviction was overturned a few years later, I found myself unable to continue an intimate relationship with him. Raymond suffered a cardiac arrest and died on July 11, 1984 and my life became infinitely less stressful. In 1989 I met my current husband, Rhode Island sculptor Joe A. Avarista. In 1992 I formed a partnership with another cardiologist and we built what was then the largest private cardiology practice in the state. Suffering from severe burn-out, in February of 2000 I began a two-year sabbatical from the practice of medicine. During that time, I completed the first draft of The Doctor Broad. I knew that I did not want to have it published while I was still seeing patients, but when I retired from practice in 2016, I began to rewrite the manuscript with a view to having it published. I was already a published author, having written How to Keep From Breaking Your Heart: What Every Woman Needs to Know About Cardiovascular Disease (Jones & Bartlett, 2004) and The Truth About Statins: Risks and Alternatives to Cholesterol-Lowering Drugs (Simon & Schuster, 2012).

That fall, I had lunch with Sheila Bentley, the former wife of notorious Providence mayor Buddy Cianci. We had bonded in the 1980’s because we were both infamous Rhode Island women. She told me about Crimetown, a podcast which was going to examine the intersection of the Mafia and politics in Rhode Island. While she declined to be interviewed, she told the co-producers, Marc Smerling and Zac Stuart-Pontier, that they should interview me. After meeting Marc and listening to the first segment, I agreed to participate. Over the next few months, I was recorded speaking, for the first time publicly, about my experiences as a “Mob Doctor” and “Mob Mistress.”

The series went on to become a smash hit, with over 50 million downloads world-wide. My story was told in Episode 11, The Doctor Broad. A literary agent, Esmond Harmsworth, of Aevitas Creative Management, was a big fan of Crimetown, and when he heard through a mutual friend that I had written a memoir, he contacted me and became my agent. Heliotrope Books in New York City will publish The Doctor Broad on September 3, 2019. Two different production companies have expressed interest in developing The Doctor Broad as a movie.

Starting in September I will be doing a book tour. The book has a web site, https://thedoctorbroad.com/ and a Facebook page, https://www.facebook.com/The-Doctor-Broad-678177566028011/?modal=admin_todo_tour Writing The Doctor Broad: A Mafia Love Story was cathartic. It helped me work through the traumas of growing up in an alcoholic family, going through a divorce and two custody battles, having my professional reputation impugned, being arrested on a trumped-up felony charge, seeing my daughter experience a mental breakdown, and having a loved one imprisoned. I hope that reading this book will help readers come to terms with their own traumas and survive their own tragedies. And of course, I hope they will be entertained!