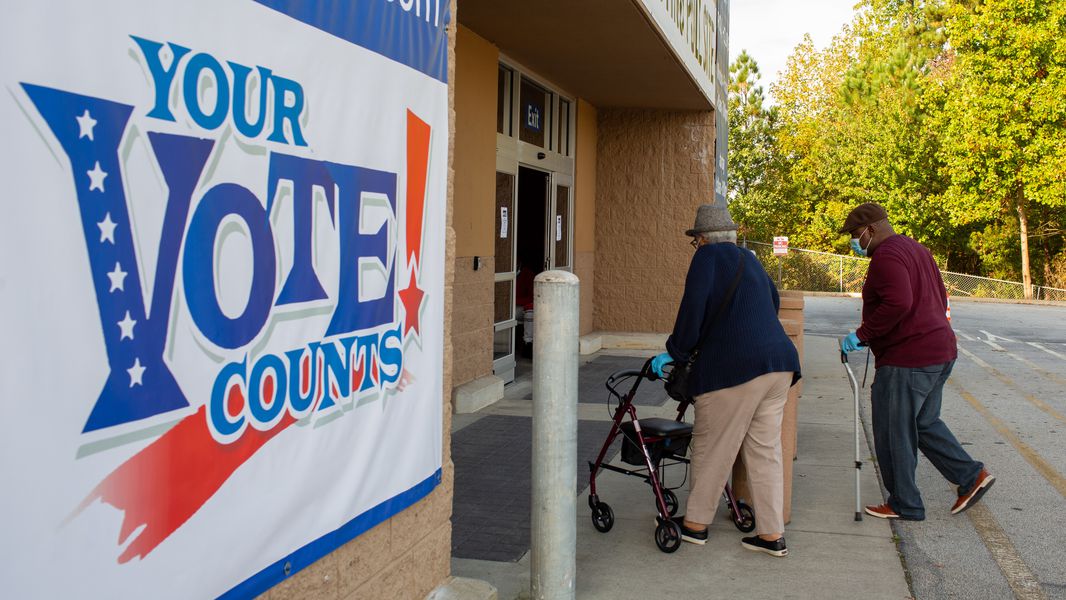 Both Democrats and Republicans know that the proverbial clock is ticking.  It’s 15 days before the Georgia’s Senate runoff election scheduled for Jan. 15.   At press time, 1,336,136 registered Georgia voters have gone to the polls, says the U.S. Election Project.  The percent turnout of registered voters is 17.5 percent.  Although Democrat presidential candidate Joe Biden beat President Trump to take the White House, and the House Democrats maintain a very slim majority in their chamber, GOP Senate Majority Leader Mitch McConnell can block Democratic legislative proposals by controlling the upper chamber’s agenda. He must keep two GOP Senate seats up for grabs in next month’s U.S. Senate runoff in Georgia. A Democratic win will give the party a majority 50 Senate seats, with Vice President Kamala Harris breaking a tie.

In order to pick up the two GOP Senate seats, held by incumbent Senators David Perdue and Kelly Loeffler, Democrats must successfully mobilize voters and adequately fund the campaigns of the Democrat candidates Jon Ossoff and Raphael Warnoc.

A new poll, released on Dec. 11 by AARP Georgia, predicts that age 50 and over voters may well bring the two Democratic Senate candidates to Capitol Hill.  Social Security, Medicare and Nursing home protections are key issues for these older voters, says the pollsters.
The survey of 1,250 2020 Georgia voters, including 857 age 50-plus voters and an oversample of 358 Black voters age 50-plus, was conducted on behalf of AARP by the bipartisan team of Fabrizio Ward and Hart Research Associates between Nov. 30 and Dec. 4, 2020.  The telephone/cell phone poll results were published in a 11-page report, “50+ Voters and the Georgia State Runoff Elections.”

But among voters age 50 and over, the poll shows both the Republican candidates lead their Democratic challenger by identical margins, 53 percent for Perdue and Loeffler versus 42 percent for Ossoff and Warnock.

Further, the poll found majorities of Republicans and Democrats age 50 and over are more likely to vote for a candidate advocating for policies that protect older Americans, like using Medicare’s buying power to help lower drug prices. “These results show that both races are a dead heat and time is running out for candidates to address the concerns of 50-plus voters,” said AARP Georgia State Director Debra Tyler-Horton in a statement announcing the release of the poll’s results. “To win, candidates must discuss the issues that matter to 50-plus Georgians now – like preventing cuts to Social Security and Medicare, lowering drug prices and protecting seniors in nursing homes,” she says.

As to today’s COVID-19, pandemic, the AARP Georgia survey findings indicate that older Georgian’s willingness to get vaccinated against COVID-19 has increased a substantial 14 points—from 41 percent to 55 percent—since September, when over half said they would not agree to be vaccinated.  And two in five 50-plus voters told pollsters that nursing home safety is “extremely important” to them in 2020.  It’s especially important to Black voters (53 percent), people who know someone who died from COVID-19 (51 percent), and to those who worry a lot about getting COVID-19 (48 percent).

Recognizing the importance of mobilizing Georgia’s older voters, the Washington, DC-based National Committee to Preserve Social Security and Medicare (NCPSSM) announced the launching of a voter outreach campaign in the Peach State to encourage turnout and advocate for the state’s seniors. The campaign includes radio ads in the Atlanta market, postcard mailings to thousands of National Committee members and supporters throughout the state, and social media outreach to the Georgia’s voters.

Postcards are being mailed to more than 7,000 National Committee members in Georgia, bearing the message, “Your best future starts with your vote for John Ossoff and Raphael Warnock.” We need the leadership, vision and determination of Raphael Warnock and Jon Ossoff to fight for seniors in the U.S. Senate. They will work to protect Social Security and Medicare from harmful proposals to cut the benefits Georgians have earned.

For a copy of AARP Georgia’s poll findings, go to: https://www.aarp.org/content/dam/aarp/research/surveys_statistics/politics/2020/2020-election-battleground-states-senate-georgia-runoff-election.doi.10.26419-2Fres.00401.029.pdf.

This is an edited version.