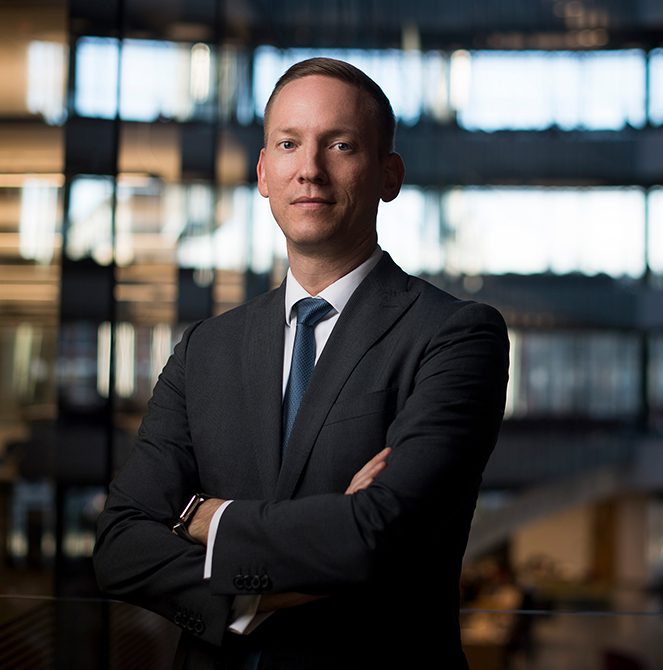 “This position will be vital, not only as we develop and finalize the University’s 10-year strategic plan, but as we adapt to the evolving nature of the communications, marketing, and media landscape,” Parlange said. “I am confident that Matt, with his background and his experience leading diverse teams and utilizing technology-based strategies, will be a tremendous leader and collaborative partner in this next exciting phase of growth and change for URI.”

The hiring of McDonald is key to Parlange’s elevation of the University’s central communications and marketing team and its work to advance the mission and global reputation of the University of Rhode Island. The new position of vice president replaces the position of executive director of external relations and communications. Linda Acciardo, who retires at the end of the month, has served as interim executive director of external relations and communications since April 2021.

As the senior communications administrator at URI, McDonald will provide strategic leadership for the development and implementation of data-informed marketing and communications strategies that engage the University’s many audiences and advance URI’s reputation locally, nationally, and internationally.

McDonald will report directly to the president as a member of the President’s Leadership Council, and will advise the president on and oversee media relations, marketing and branding, internal and external communications, and crisis management. McDonald also will lead efforts to develop and promote a strong social media presence and create strategies to highlight URI’s work as the state’s flagship public research university. He will work closely with URI’s government relations team to support advocacy efforts at the state and federal levels.

As associate vice president at Miami, McDonald helped launch a news platform that highlights original content about the university; executed the rollout of the university’s strategic plan and directed three state-of-the-university presidential addresses; introduced department processes that fostered a cohesive, collaborative team environment and culture of equity, transparency, and innovation; and initiated a comprehensive national analysis of the university’s reputation and brand awareness among peer institutions.

He provided strategic communications counsel to executive leaders, including the president, executive vice presidents, and Board of Trustees members; was a primary lead on issues management and crisis communications; and served on the University’s emergency operations team. He fostered collaborative partnerships with university colleagues, working regularly with peers in the health system, academic affairs, development, student affairs, government and community relations, and athletics.

“The University of Rhode Island is one of the nation’s great public research universities, with a long and storied legacy and a proud tradition of service,” McDonald said. “I am honored to be joining the president’s leadership team, a talented communications team, and an engaged URI community as the University enters a new period of growth and transformation. And I am excited by the remarkable opportunities to showcase the impactful work of the state’s flagship university. As a native of the Northeast, and as someone who lived and worked in New England for more than a decade, this region holds special meaning to me, and I am incredibly excited to be returning home.”

Prior to his time at Miami, McDonald worked at Northeastern University from 2009 to 2018, serving in athletics, development, and external affairs, and advancing to the position of assistant vice president for communications. In a career dedicated to higher education, McDonald also has worked at Emerson College and Penn State, and was a women’s basketball assistant coach at the College of William & Mary and UNC Asheville.

McDonald holds a bachelor’s degree in communications from the Pennsylvania State University. He earned certificates in higher education crisis leadership from the Harvard University Kennedy School and in Spanish from the University of Miami.

RINewsToday inquired about the number of applicants for the position, including those from URI alums and from Rhode Island, as well as the salary range. No response has yet been received, and late Friday an out of office message was returned by the Marketing & Communications Department.

Update: June 19: Approximately 61 applicants were received for the position (we inquired how many of these applicants are Rhode Islanders and will update when this is information is received. The salary for the created position is $250,000.