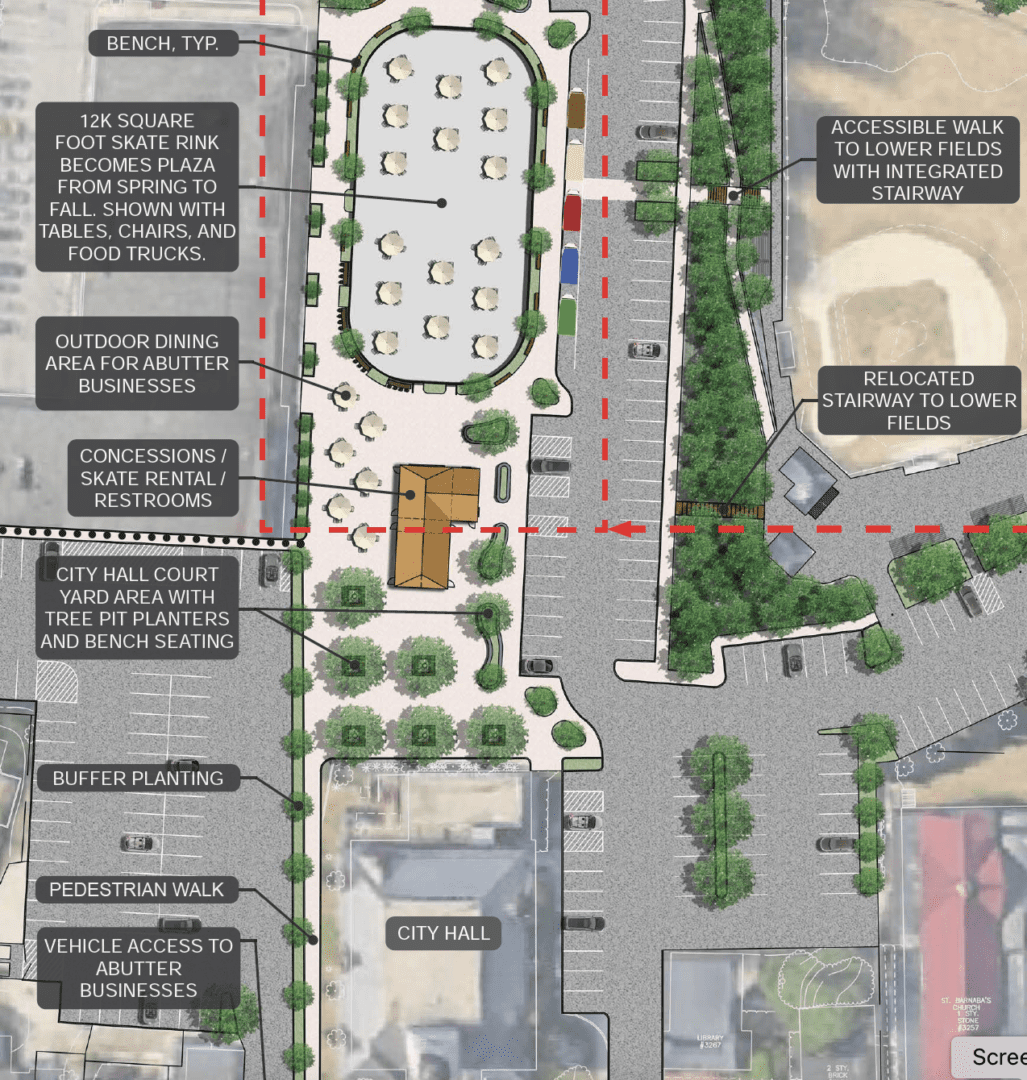 Mayor Frank Picozzi has announced the city’s plan to build an outdoor ice skating rink, modeled after the rink in Providence, on the land of the former Annex Building located behind City Hall.

“City Hall Plaza” will be an ice skating rink during the winter months. The city describes the project as “so much more” – a year round event center, featuring roller skating, a splash pad, pickle ball, farmers markets, movie nights, dances, concerts and the list goes on.

City Hall Plaza is planned to be the central gathering place for Warwick residents to come and enjoy themselves.

The city plans on funding this project with an existing 3.5 million dollar, unused recreation bond, along with potential federal grants the revitalize the grounds.

This project has been a vision of Mayor Picozzi’s since he was sworn into office. He is confident it will greatly enhance the quality of life here in Warwick.  In his announcement he reiterated the plan for beautiful landscaping, and benches. The central gathering spot will provide Warwick with the first for the city in its history.