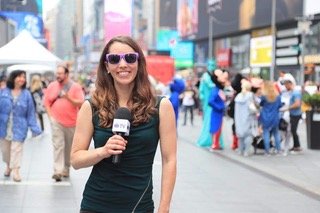 Migraine disorders are a common chronic condition that can be marked by intense headaches and a heightened sensitivity to light and sound, often accompanied by nausea. A migraine attack can come on quickly; it is often sudden and debilitating.

Molly O’Brien, the public relations coordinator for the Association of Migraine Disorders, a nonprofit group headquartered here in Rhode Island, described how a new fundraising campaign has been launched with the goal of raising $200,000 to spur more research into new potential treatments for the disease.

One of the biggest stumbling blocks, O’Brien said, is how stigma can be attached to migraine disorders.

“It can feel nearly impossible to talk about a migraine when people do not believe you and they don’t believe your pain is real,” O’Brien explained. In addition, there is also an incorrect assumption that migraine disorders are a condition that only impacts women.

The stigma cuts both ways, O’Brien continued. While 75 percent of all migraine patients are women, men do suffer from migraine disease. “But, because of bias and stigma, they may not be believed,” O’Brien said.

On its website, the Association of Migraine Disorders, makes its case for the need for more, better research. “Migraine disease affects so many people, saps our economy and complicates our health care delivery system. It is astounding that the government and pharmaceutical companies are not spending more money on research.”

The Association website also talks about the disparities in care, saying:

• Not all neurologists choose to specialize in migraine management

Here is the ConvergenceRI interview with responses prepared as a team effort from the Association of Migraine Disorders, including Molly O’Brien, Leigh Serth, and Melissa Carlise.

ConvergenceRI: Where is most of the research being conducted on migraines here in Rhode Island? At Butler Hospital? At the VA? At the Carney Institute for Brain Science at Brown?
AMD: The Association has funded a postdoctoral fellow at the Carney Institute, where an optogenetic mouse model has been developed that can be used for testing pharmaceuticals. Dr. Godley has also collaborated with some researchers at Brown University on projects that are looking at the potential relationships between migraine disorders and obesity and weight loss.

ConvergenceRI: Why is it difficult, in your opinion, for people to talk about their own personal experiences with migraine disorders? Is it because it is often, however wrongly, seen as a chronic condition that impacts women?
AMD: There are several reasons why it is difficult to speak openly about migraines. Stigma surrounding migraines are high. Research shows people living with migraine [disease] are stereotyped, thoughtless of, and experience discrimination.

Much of this stigma is work-related. Those living with migraine disease can be seen as less productive, or lazy, or just looking for an excuse to get out of work.

One of AMD’s ambassadors, Eula Moore-Marshall, gave a perfect example of why it can be tough to talk about migraine disorders. While she was serving her country in the Gulf War, she began experiencing severe migraine attacks.

“No one understood, and no one would listen. I was labeled a complainer, someone who was lazy and faking it,” Moore-Marshall said.

Stigma can also be projected internally. Oftentimes, those with a migraine disorder don’t want to be seen as weak. We want to fight through the attack, push through the pain. When those efforts fail, we can feel as though we are not strong, letting ourselves and others down. That is tough.

While I agree and disagree with using the term “invisible illness” for migraine disorders, [many of us living with migraine disorders experience physical symptoms that can be seen or detected by others], the idea that others cannot see pain or symptoms, does have merit. It ties in with believability and patient credibility.

Her daughter, Melissa, experienced unbearable migraine attacks. At the age of 22, Melissa was unable to find any sort of relief through treatments. When no relief could be found, even some medical professionals didn’t believe Melissa’s pain was real.

“She truly wasn’t living at that time,” said Beck Dwyer, Melissa’s mom. “We were back to the hospital stays and ER visits where she was treated like a drug seeker, told she was pathetic and treated so poorly by the medical professionals who were supposed to have empathy. They couldn’t see how hard she was fighting just to stay alive.”

In 2013, Melissa lost her battle with migraine after committing suicide.

It can feel near impossible to talk about a migraine when people do not believe you and they don’t believe your pain is real.

To the point about the assumptions of migraine disorders being a condition that impacts women, yes, migraine disease disproportionately affects women. Women are three times more likely to get migraines than men. There is a gender bias when it comes to believability.

ConvergenceRI: Is there evidence that migraines are hereditary?
AMD: This question is a bit tricky. Research shows that migraine disorders can runs in families. According to the National Institutes of Health, migraine disorders do not have a clear pattern of inheritance, but more than half of people with migraine disease have at least one family member who also has the disorder.

Getting to the bottom of how genetics may affect migraine disorders could lead to a breakthrough in treatment. More research on the link between genetics and migraines are needed, and so AMD has identified this as one potential area to give funding to through our #ResearchIsHope campaign.

ConvergenceRI: What are the current treatments available for migraines?
AMD: There are two main categories of migraine treatments – acute and preventive.

Preventive options work to try to lessen the number of attacks per month. Until recently, the only options in this category were originally designed to treat other diseases but were found to have worked in some capacity for some people with migraine disorders. These include high blood pressure medicines, anti-seizure drugs, anti-nausea medications and anti-depressants.

Onabotulinum ToxinA [Botox] injections, neuromodulation devices and certain supplements/vitamins aid some people in lessening the frequency of attacks as well.

In the last two years, some new preventive treatments designed exclusively for migraine disorders have been released; they include monoclonal antibodies that block the neurotransmitter calcitonin gene-related peptide [CGRP].

It is important to note that while it may seem like there are many treatments available in both categories, the majority of people with migraine disorders have not found a treatment or combination of treatments that rid them of all of their pain or all of their attacks. Efficacy and/or side effects are important factors. Through our #ResearchIsHope campaign, we hope to fund innovative migraine research that can lead to better, more effective treatment options.

ConvergenceRI: Are there support groups of patients with migraines operating in Rhode Island?
AMD: Having a solid support system is crucial when someone is living with a migraine disorder. While there are no in-person migraine support groups that we know of in or near Rhode Island, there are several robust online communities, mainly on Facebook.

Neuromodulation treatments do not have systemic side effects or drug interactions. There are three devices currently being marketed for migraine treatment (gammaCore, Nerivio, and Cefaly). Two of the three are cleared for both acute and preventive treatments. Advancements in neuromodulation and non-pharmaceutical treatments are extremely exciting.

ConvergenceRI: What are the goals of your current campaign?
AMD: The goal of the “Research is Hope” campaign is to raise $200,000 to be used to fund bold, innovative migraine research projects. The projects will be chosen and led by AMD’s Research Advisory Committee, consisting of 20 leading research and medical experts. The Research Advisory Committee works to identify knowledge gaps in migraine research and will design projects to fill those gaps.

Potential project include: a global patient registry; understanding how hormones impact migraine disorders; identifying when a migraine can affect dizziness, as well as the role of biomarkers and genetics.

ConvergenceRI: How would you like to see the news media change its coverage of migraines?
AMD: The media is responsible for the dissemination of information. It is very important for the media to help people understand that migraine disorders are a prevalent neurologic disease with lots of effects on the body beyond headaches.

For example, about half of all dizziness complaints have to do with how migraine affects the balance system. Some migraine patients experience debilitating attacks with no headache.

Migraine disorders must be presented as the complicated disease it is – a disease that is largely hereditary, one that disproportionately affects women more than men and is not taken seriously enough by some medical professionals, the research world and the general public.

Through solid credible information presented by the media, we can work to reduce migraine stigma and create a more compassionate world for those with living with migraine disease.

To view more information about the Research Is Hope campaign, visit the following link: https://www.migrainedisorders.org/researchishope/