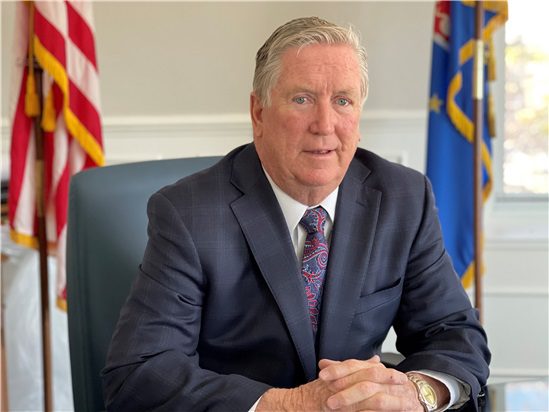 Late in the afternoon on Friday, July 1st, we received this statement from Cranston Mayor Ken Hopkins. Hopkins and the Cranston City Council have been discussing the budget and ways to deal with cuts, but discussions have been unproductive. Here is the statement:

Cranston Mayor Kenneth J. Hopkins announced late Friday afternoon that as a result of month-long discussions with Cranston’s employee unions, his administration is implementing a series of workforce reductions as part of his cost-cutting initiatives to reduce the size of Cranston’s government. These personnel actions follow $1.1 million in other cost-cutting measures that will reduce budgeted spending. The combined impacts of the Mayor’s budget actions will result in a savings of $2.6 million.

“I take no pleasure in making this announcement today, but I have determined that it is in the long-term interest of the city’s fiscal health and Cranston taxpayers that we begin the formal process to reduce the size of our government.” Hopkins said his administration has spent the past month in discussions with the four (4) labor unions that represent city employees. Those groups include Local 271 of the Laborer’s Union, Local 251 of the Teamsters Union, Local 301 of the International Brotherhood of Police, and Local 1363 of the Cranston Firefighters Union.

“We first asked each group to consider reopening their contracts and work with us to reduce some costly benefits including scheduled pay raises,” said Hopkins. “As is their right, no union, after consulting with their members, was willing to do that.”

“I respect that it is their right to take that position but I have an obligation to find savings in our budget and, unfortunately, salaries and related benefits consume approximately 70% of Cranston’s municipal budget.”

Hopkins announced that today, 9 employees would be formally notified of termination, beginning July 15th. There will also be 7 retirements and 5 voluntary resignations. This will trigger a series of ‘bumping rights’ under the contracts to ultimately determine which employees in their job description or classification will ultimately be let go. Other actions will be based on employee seniority.

The mayor stated that layoffs are part of a series of employee reduction strategies. “We have several employees who will voluntarily retire while others accept a fair compensation package involving a stipend and limited health care coverage to leave. We hoped to do as much as we could by attrition, and I appreciate those employees who were willing to leave now to help our situation. At the end of the day, we will have a combined 21 fewer positions resulting in $1.5 million savings in salaries and related benefits,” said Hopkins.

Mayor Hopkins noted that there will be no elimination of personnel in the emergency services departments of police and fire. “One of my priorities in this financial realignment was to ensure the safety of Cranston’s families, neighborhoods, and businesses and to keep providing top-rated public safety responses.”

In directing various department heads, Hopkins stated that he wants to continue the essential services that constituents expect with no or minimal change. “While we will be disappointed that our fellow workers and friends are gone, I expect that our great city workers will all be professional and carry on their public duties with the same dedication they have always shown. Taxpayers deserve our best efforts every day and I am confident our employees will do just that,” said Hopkins.

Hopkins reiterated that department directors will adhere to his additional $1.1 million in spending cuts that has now been implemented as cost reductions for the current fiscal year budget.

Hopkins said, “Today’s announcement is not the final step in our reorganization of city government.” He emphasized further budget strategies will be evaluated and implemented as required in the future.
“In these difficult times managing past the pandemic with limited resources and historic inflation, our city government has been seriously impacted. Taxpayers will be best served by these difficult choices,” said Hopkins.

The mayor stated that all operations of municipal services will continue to be reviewed for implementation including:
• targeted cuts of programs deemed non-essential
• scrutinizing of employee overtime
• examination of program fees and rental rates for city facilities
• rebidding or restructuring of vendor contracts
• sale of unused or vacant city property or assets
• exploring public-private partnerships for some services or programs
• evaluating healthcare program alternatives

Hopkins added that his own office will be impacted by no longer funding the Mayor’s confidential assistant position. “I have proposed one of my assistants to be the next Director of Community Development to fill a necessary vacancy. After this person is confirmed, I will operate the mayor’s office with one less person whose workload will shift to my remaining staff.”

“I know this process has been difficult for our employees and their families,” Hopkins said. “I thank them for their understanding as we work our way through various contractual and budgetary decisions.”
“Today is the next step to protecting our financial strength for all taxpayers and the continued delivery of essential city services.”

The Mayor reminds Cranston’s residents that his administration does not control the line-item budget for Cranston schools which makes up over half of the overall city budget. That is the responsibility of the Cranston School Committee and the School’s Administration.

Note: No response was received from the Cranston City Council when a request was made Friday night. If received on Saturday, it will be updated here.

Last week, home owners received a letter from the Mayor regarding the budget and tax increases: