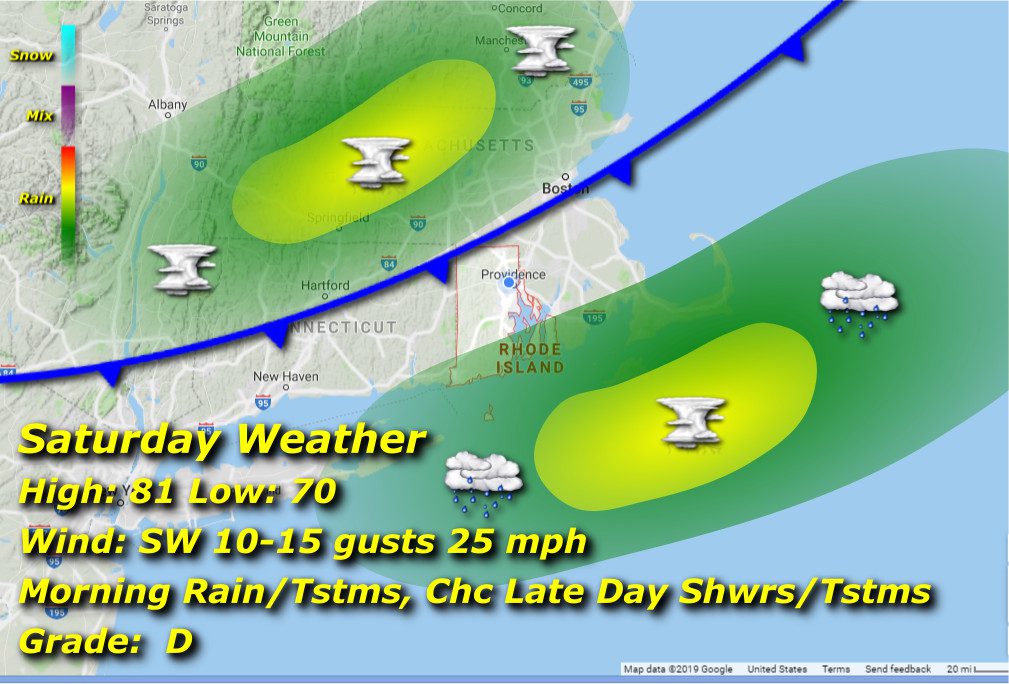 A cold front approaches and tries to make it all the way through the area, but not before meeting some oceanic resistance that will hold up total frontal passage until Sunday. We should see some morning rain with embedded tstms dotted through the rain zone, and then a muggy day with another quick bout of showers and tstms later in the afternoon. Afternoon highs will top out in the low 80’s bookended by low 70’s for lows. Dew points will be up around 70, which to most is quite muggy. Winds will be out of the southwest gusting to 25 mph.

The cold front finally clears out, scouring away what morning cloud cover will be hanging around, so the afternoon should be quite nice with lowering dew points for more pleasant air that’s not so cloying and heavy. Morning lows in the mid 60’s warming to the mid 80’s with a light northwesterly breeze.