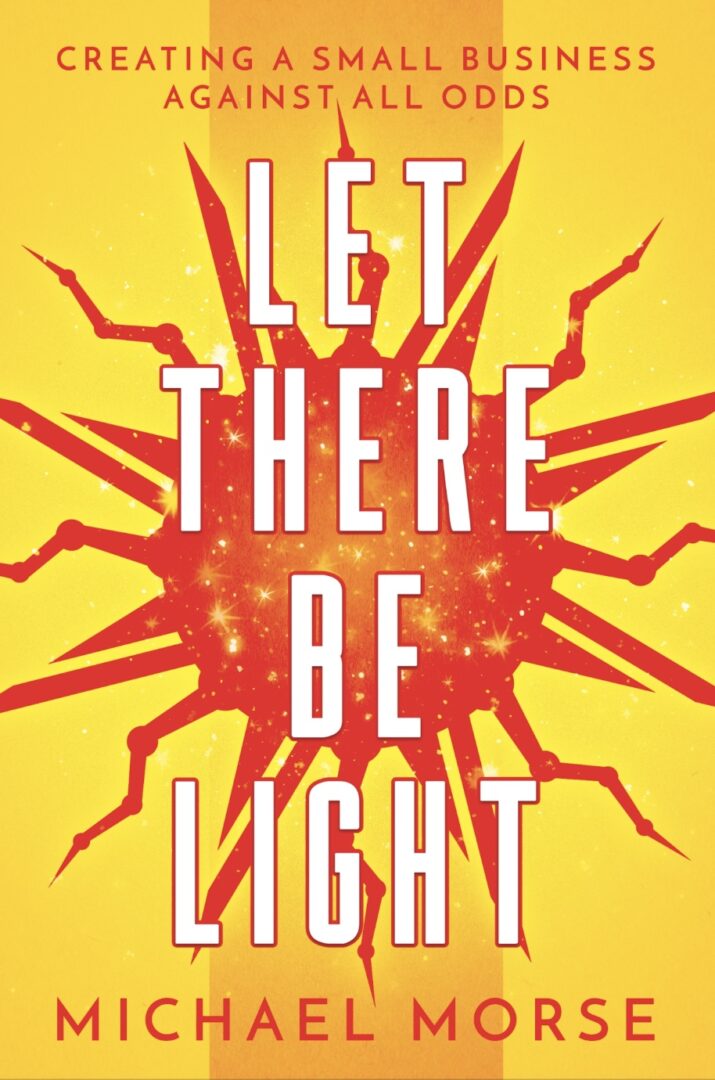 Let There Be Light – by Michael Morse

The day we decided to open our small business, Sunkisst Tans, the World Health Organization (WHO) categorized tanning beds as a Level 1 carcinogen. On July 28, 2009, the International Agency for Research on Cancer moved tanning beds to its highest risk category, “carcinogenic to humans.”

Everything was in place for us to begin a new chapter in our lives. We had discussed opening a business for years but never found anything that appealed to us. Both of us had restaurant experience, and thankfully that experience afforded us the luxury of knowing that a restaurant or even a sandwich or coffee shop was out of the question. It’s not that we are afraid of hard work and long hours; rather, we had been working hard, for long hours, for so long, the idea no longer appealed to us.

We had spent over a decade in the cleaning business. What started as a part-time thing to make a little extra spending money became a full-service cleaning company that peaked in the early nineties at twenty-seven accounts. Hard work and long hours are the norm when cleaning up after other people. We did residential when people were at work, and offices when they were home. Days, nights, and weekends were our regular business hours. It was hard and dirty work, without much satisfaction. No matter how well we cleaned, everything got dirty and needed to be cleaned again.

My career as a firefighter was nearly extinguished; after twenty years, I had seen and done enough to last a lifetime. I had been holding on for the last year, battling severe back injuries, knowing that my aging body would never hold up for the ten years I needed to remain working full time to ensure a comfortable retirement. Cheryl had been battling multiple sclerosis for two decades, and the unpredictable nature of that disease made it difficult to continue cleaning other people’s messes.

Life flies by on too swift wings, and ours was no different. It was time to plan for the future and do something together. That is our strength—as a couple, we raised two kids, fought a debilitating disease, and lived life to the best of our ability. The fire department separated us for long enough, the hours away from home took their toll, and it was time to rebuild.

Sunkisst Tans, with us as owners, survived for six years. We sold the business to a young couple who did their best but were not able to make a go of it. They sold the business to somebody else, and it exists today under a different name. The business appears to be flourishing; hair and nails were added to the services offered, and a small retail area keeps the customers interested. I drive by the place often, and always glance into the windows. It makes me happy to know that the work we did was not in vain, and what we created is producing income, employment, tax revenue, and satisfaction for hundreds, if not thousands of people.

“Hard work with purpose is never done in vain.”

Years before Covid 19 and the government mandated destruction of countless small businesses, my own business battled the WHO, the medical community, President Obama and a misinformed public, culminating with a showdown at The Rhode Island State House.

I learned a lot during the seven year run of Sunkisst Tans.

– The government is not here to help
– Not all medical professionals are ethical
– People are nuts
–  A four gallon water heater is considered a “pressure vessel” and is subject to yearly inspections and $230.00 a year licensing fees
– Good friends are priceless

My new book tells the story with humor, passion and honesty. Thanks for reading, you will be glad you did!