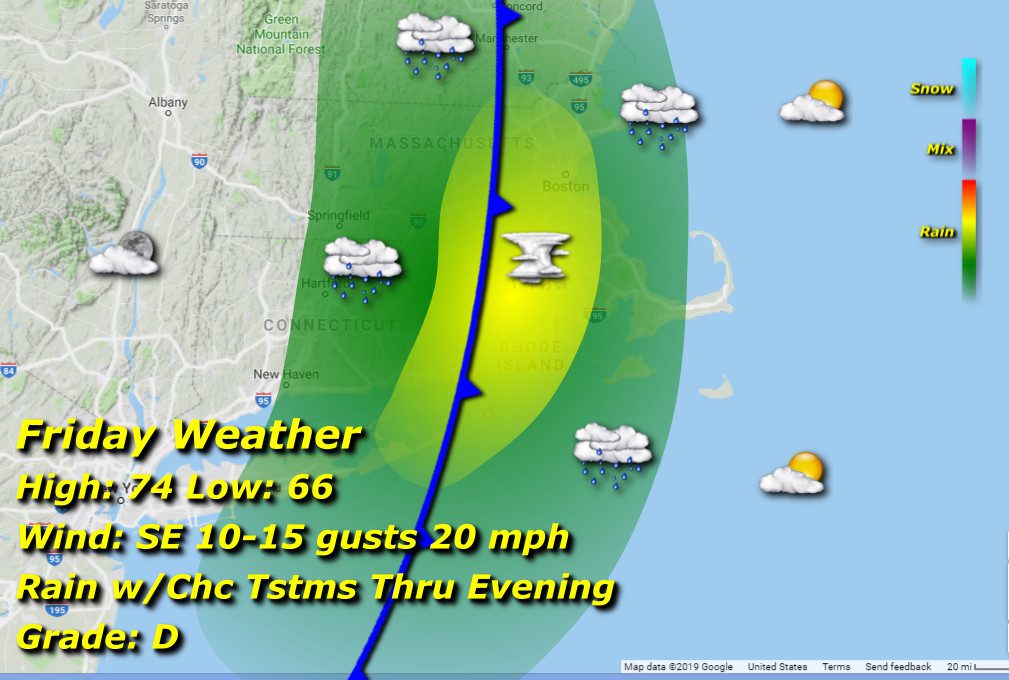 Our slow moving cold front will squeeze out some rain basically all day with the chance for embedded thunderstorms during the midday hours.

Rain will last off and on through the evening hours before the front passes an winds shift to northwesterly, cutting things off and dropping the dew points.

We’ll have afternoon highs in the mid 70’s and an evening low in the mid 60’s with diminishing southerly winds shifting to northwesterly late.