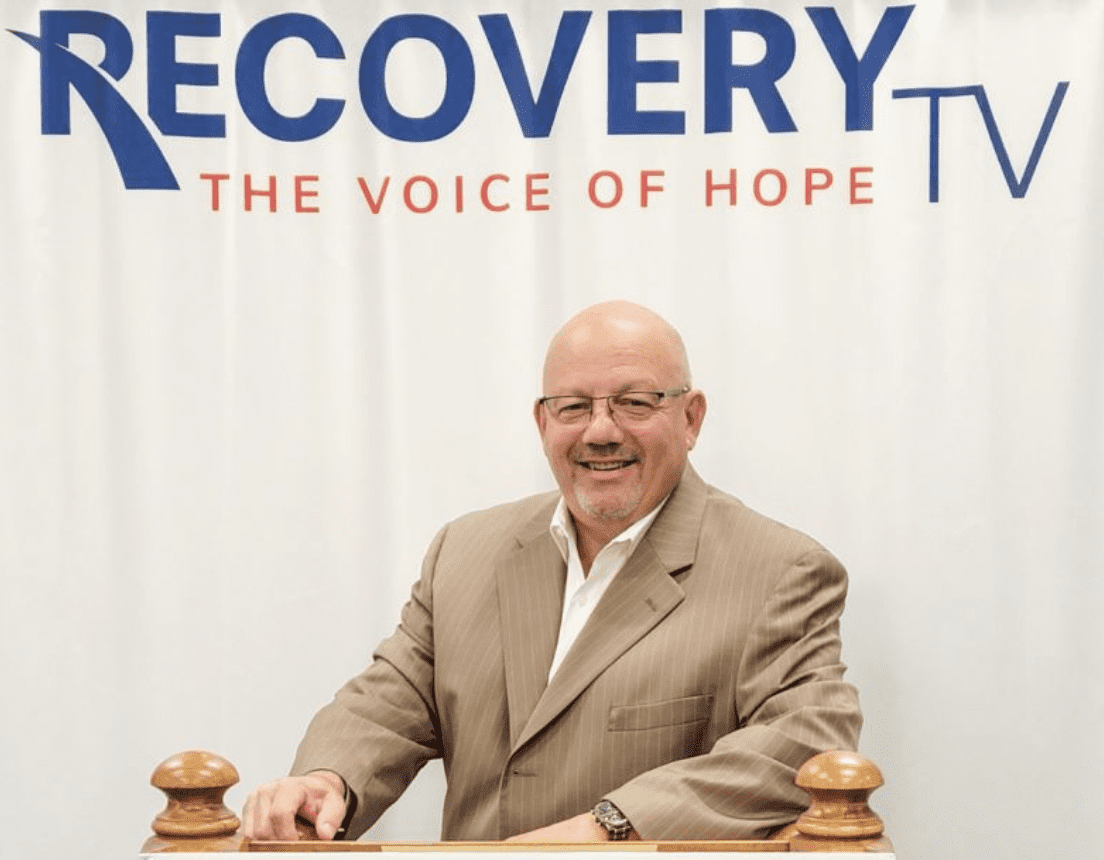 Hosted by John Tassoni, Jr., the program seeks to create a broader audience for conversations around recovery in Rhode Island

John Tassoni, Jr., with a distinctive voice schooled in the Rhode Island vernacular, is launching a new endeavor, serving as the host of RecoveryTV RI, with the first show slated to air on Sunday morning, Sept. 19, at 9:30 a.m. on myRITV.

Tassoni, a former state senator who currently serves as a vice president at the Substance Use and Mental Health Leadership Council and who is also a member of the Governor’s Task Force on Overdose Prevention and Intervention, explained the purpose behind the show in a recent interview: “To let people know that there is hope in recovery.”

One of Tassoni’s biggest gripes is that too many people seem to be working in silos, protecting turf, rather than working together as collaborators. As a result, he explained, people are often surprised to learn about numerous recovery opportunities to be found in the community.

The first four shows, which were taped on Monday, Aug. 30, will feature leading sponsors of the RecoveryTV RI, including CODAC and ADCARE, but Tassoni was adamant about content and intent: “I don’t want this to be a show that sponsors go on and talk about their organizations,” he said.

The fourth show will feature Jonathan Goyer, a recovery community expert, sharing his own story about moving from addiction to recovery to a position where he is helping others, working on recovery housing and recovery in the workplace.

“The kid went through some horrible times, he was in prison, he nearly died I don’t know how many times and they bought him back to life with Narcan,” Tassoni said. “By listening to him, and talking to him, and seeing him on TV, I hope that people will know that there is hope.”

A new medium
For years, Tassoni had been the voice of Recovery Radio, and is now moving to TV, working with Channel 12 WPRI. In addition to airing regularly on MyRITV and on CWTV, the shows will be available on a YouTube channel. “It is not about money for me; it is about getting the message out and helping people. If I can help one person, I did a good job,” Tassoni said, saying that RecoveryTV’s business model was not about generating profits.

In terms of issues, what did Tassoni believe were the most important issues for the recovery community to be talking about in Rhode Island?

“The rates of reimbursements being paid to providers is a big issue; workforce is another big issue,” Tassoni. “You can go to McDonalds and Dunkin Donuts and work for $20 an hour, or you can work at some of these places for $11 an hour.

The recovery workforce, Tassoni continued, “is dwindling, and iit is dwindling at a rapid pace, because we are not paying workers; we can’t afford to pay them, because the rates are so low.”

The reimbursement rates being paid, Tassoni argued, are “demoralizing and disgusting.”

Before, when Tassoni served in the R.I General Assembly, people in recovery were getting 20, 30, 45, 60 days of treatment. “I believe it was working. Maybe somebody could say it wasn’t working. But now, you are down to 14 days.”

Even finding an opening for residential treatment can be difficult. Tassoni told the story of how it took more than five days to place a patient in recovery after receiving a call from an emergency room health care worker in Woonsocket. “If you want to take the people out of the emergency rooms, if you want to keep people on the straight and narrow and to become productive citizens, you definitely, definitely, definitely need to raise the rates for workers and to keep clients in treatment for longer periods of time.”

To read the entire story: