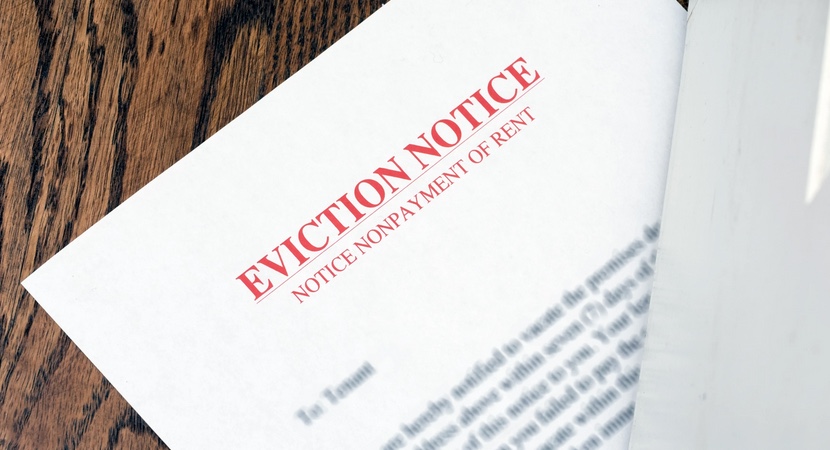 Is There a Homeless Crisis? – by Christopher Bilotti

Editor’s Note: Housing advocates recently launched a public awareness campaign called “Name and Shame”, listing the attorneys and property owners involved in evictions. Two new assistance programs are available through the state of Rhode Island, to supplement housing assistance programs already in place – one is a mediation program to help negotiate a settlement on overdue rent; another is a fund for those who may not be eligible for housing assistance due to immigration status. Both are temporary and were set up at the beginning of the pandemic. A moratorium on evictions has now expired.

There has been a lot of recent press about a looming housing crisis.  Various “housing advocacy groups cite scary statistics about eviction filing numbers, without context as if to imply each of those eviction filings represents another homeless person.  What does an eviction filing really mean?  Generally, a landlord does not want to remove a tenant for non-payment.  The process is slow and expensive.  Landlords try to work with tenants who have experienced a temporary financial set back first with phone calls and friendly reminders and if those go unanswered, the service of process from the eviction filing generates the return phone call needed to work out a payment arrangement with the tenant.  Most filings result in payment plans being established allowing a tenant an opportunity to get caught up.  Of the few who are removed, the majority find another landlord willing to take a chance on them or move in with friends or family.  Others can access federal or state services to assist in finding alternative housing until they can get back on their feet.  Very few eviction filings result in removal and still fewer result in homelessness.

But what about the small handful each year that slip through the cracks and do end up homeless?  Would an eviction moratorium solve their problem?  Landlords who provide housing to tenants with less than perfect credit provide a valuable service to the community at large.  For every tenant who becomes homeless because of eviction, there are hundreds who would be homeless if there were an eviction moratorium.   Why is that?  The ability to remove a tenant for non-payment is what affords landlords the ability to take a chance on tenants with questionable credit.  The eviction process generally allows a landlord to remove a tenant within 2 to 3 months.  The total loss between lost income and legal costs is generally between $1,500 and $3,000, however, as noted above, an actual removal is rare.  If evictions are not allowed, the losses could be insurmountable.  In addition to the cost per default rising, the number of defaults would rise.  We would see “opportunistic default” which means that a tenant would stop paying not because they are unable to pay, but because they can get away with it.  This happened in Massachusetts when they instituted a similar measure.

The laddering of defaults from an eviction moratorium would result in two things happening.  First, sophisticated landlords will tighten credit standards leaving many tenants with fewer options or no options at all.  Second, smaller landlords, out of desperation from financial hardship, will stop maintaining the property resulting in either unsafe living conditions or condemnation of the property.  We all remember the financial crisis of 2008.  If you drove through the tougher areas of Providence, Woonsocket, and Central Falls, finding boarded up housing was not difficult.  Each of those little boarded up houses represented two to four families that had no place to live because the landlord was financially unable to maintain the property.  These “board-ups” resulted in a supply shortage that drove up rents during the financial crisis and would do the same in the event of an eviction moratorium.  The increase in rents made the financial crisis of 2008 more difficult for those affected.  Homelessness will never go away completely, but we need to make sure that we do not have a public policy that makes homelessness worse.

The Governor created a fund to help struggling renters that has done a great job in keeping people in their homes.  We have seen some opportunistic non-payment where we suspect that tenants have intentionally defaulted in order to gain access to these funds that are only available if you are threatened with eviction, but for the most part, the program has been successful.  Ensuring there are funds available to help tenants in need is the best way to minimize homelessness without harming irreparably the many entrepreneurs and small business owners that are providing housing to so many.