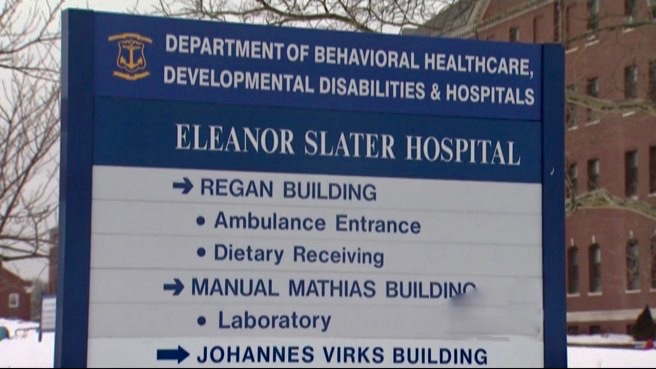 “On February 10, 2021, following a period of monitoring, DRRI notified the Rhode Island Department of Behavioral Healthcare, Developmental Disabilities and Hospitals that we had initiated a formal investigation into discharge practices at Eleanor Slater Hospital. This investigation is being conducted pursuant to state and federal access authority granted to DRRI as an agency within the federal P&A system.

We want to make the public aware, in light of recent news reports concerning Eleanor Slater Hospital, that we are a resource for anyone who may have information they want to share.  We are reaching out to staff, patients, families and community members. Please contact us if you have information you believe is relevant to this investigation.”

Earlier this week, RI Rep. David Place and Sen. Jessica de la Cruz, of Burrillville, released information they referred to as “explosive confirmation of the rumors the state intends to close the skilled-care facility, and to discharge patients unable to receive care anywhere else.”

Recently retired physician administrator/medical director Normand L. Decelles Jr. has alleged “hospital administrators began planning the closure last year under the guise the services were not needed.” The letter went on to say that the population “has declined to 85 individuals; with permanently life-altering medical and physical conditions such as: traumatic brain injury from gunshot wounds or accidents, spinal cord injury, end­-stage multiple sclerosis and Huntington’s chorea, anoxic brain injury due to opioid overdose, quadriplegia, dementia with aggressive or self-injurious behaviors. – Of the patients admitted to Zambarano since 2000, 100% had been either repeatedly rejected by all other community facilities or had repeatedly failed multiple facilities,” the letter said.

RI State Treasurer Seth Magaziner issued a statement, part of which said, “The recent reduction of the patient census at Zambarano Hospital and rumors of permanent reductions of service at the Zambarano are troubling. In addition to providing much-needed care for some of Rhode Island’s most vulnerable citizens, Zambarano Hospital is an important economic anchor for Northwest Rhode Island and supports hundreds of jobs,” he said. “We must ensure it remains fully operational.”

RI BHDDH officials released a statement: “The discharge process at Eleanor Slater is no different than that at any other acute care facility. Decisions related to discharge are made on a clinical basis according to each patient’s healthcare needs — and not on any other basis. Depending on each patient’s clinical assessment, the hospital may make discharges to healthcare settings that allow people to be in community settings. Good discharge planning is in the best interest of patients. Patients do better when they receive care in the least restrictive settings that encourage greater independence.”

Movement on the Zambarano Hospital issue follows Medicaid changes which would make billing for specific long term psychiatric patients at the hospital difficult if not impossible. Some staff at the facility have said they’ve heard the goal is to decrease the census by one third of its population.

Our mission is to assist Rhode Islanders with differing abilities in their efforts to achieve full inclusion in society and to exercise their civil and human rights through the provision of legal advocacy.

Disability Rights Rhode Island is part of the national network of Protection and Advocacy (P&A) agencies created by Congress, existing in every state and territory, to help secure and advance the rights of people with disabilities. There are a total of 57 P&As in each of the United States, U.S. territories, and District of Columbia.