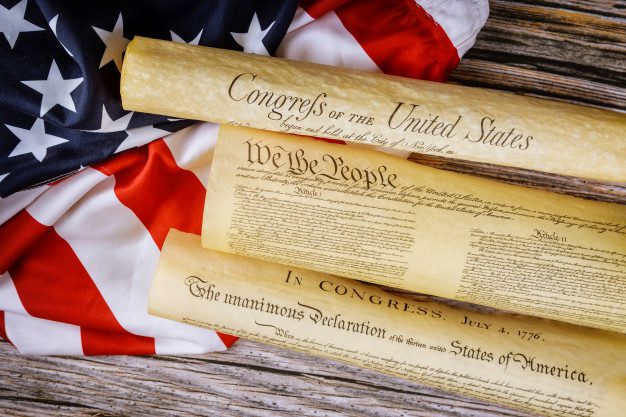 “ . . . And for the support of this Declaration, with a firm reliance on the protection of Divine Providence, we mutually pledge to each other our Lives, our Fortunes, and our sacred Honor. . . ”

The key words here are, “pledge to each other.”

What we have created is a far cry from the sentiments expressed in The Declaration of Independence.  We are a society divided.

Our “same sides” are divided.

Racial divisions exist even among people of the same race. People are retreating to their communities of comfort, and are less likely to diversify their world than they were a few short years ago.

“Governments are instituted among Men, deriving their just powers from the consent of the governed.”

Have “We the People” given our consent to this train wreck we call our government? Incompetence and over regulation reigns at all levels. City Councils, State Legislatures, the Congress of the United States, the Presidency. They claim nothing illegal is going on, elect or appoint ethics commissions and all that, yet what has become of our government is corrupt at its very core.

Our leaders are winners of popularity contests funded by political parties whose philosophies change in the direction of the money flow. An honest, ideological person who by some miracle wins an election is quickly indoctrinated into the abyss of favors, deals and alliances that render him useless, except as a tool for the entrenched powers whose once noble vision of a government has become a nightmare of greed, self-serving and power grabbing.

Our society is inundated with distractions such as YouTube, Google, Twitter, Meta and the constant barrage of breaking news. Friendship, conversation, quiet nights, introspection, and peace of mind have been replaced.  Our sense of peace and optimism is overrun with fear, remorse and guilt. Somebody always wants something, needs something or demands it. Self-made and maintained happiness;  the very essence of what the signers of The Declaration of Independence risked their lives, fortunes and sacred honor for is ridiculed by present mores and values, questioned by society and looked upon as selfish and abhorrent when compared to what is considered civilized by today’s standards.

I am tired of apologizing for my success. I’m tired of being forced to support an ever increasing burden of social programs, tired of people who take it all for granted, attack the police and organize street protests every time something does not go their way. I’m tired of my government existing to make life easier for a population all too eager to have life made easier for them.

“That whenever any Form of Government becomes destructive of these ends, it is the Right of the People to alter or to abolish it, and to institute new Government, laying its foundation on such principles and organizing its powers in such form, as to them shall seem most likely to affect their Safety and Happiness.”

We The People inherited the responsibility of running America. Running from what was given to us is not a viable option. We need to work together. Time is running out.

Michael Morse, mmorsepfd@aol.com, a monthly contributor is a retired Captain with the Providence Fire Department