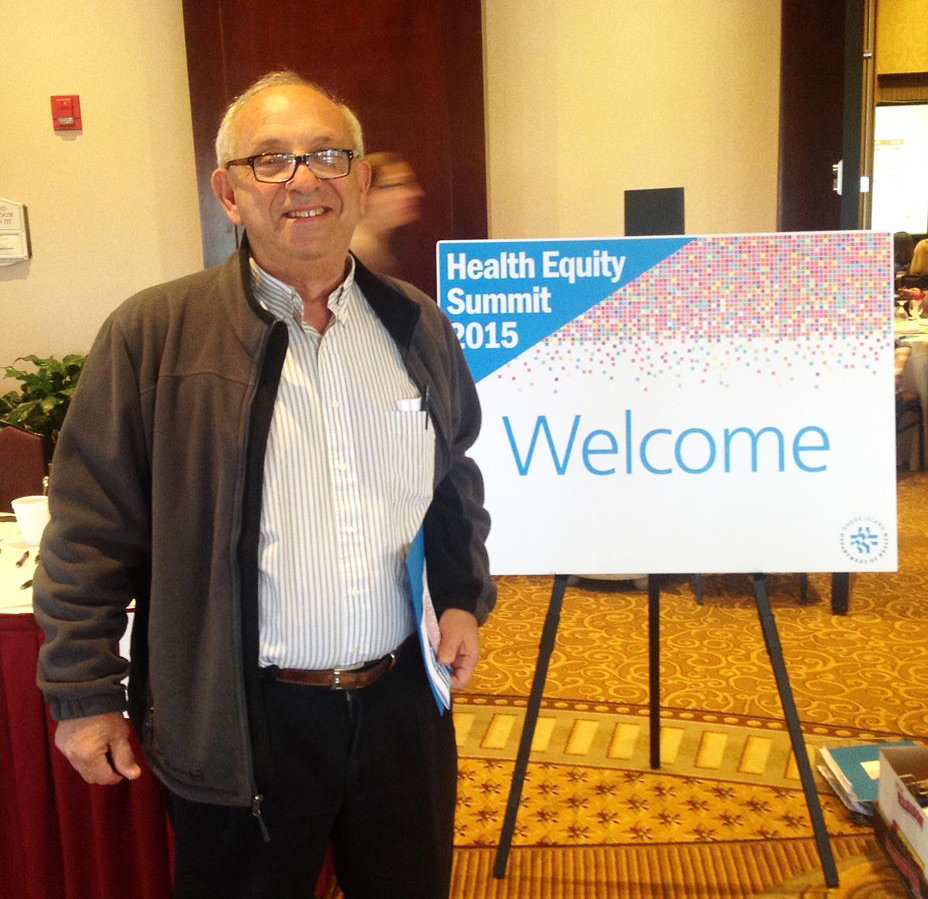 A history lesson provided Dr. Peter Simon about the importance of asking the right questions

It is almost always about money. Whether the subject is defense spending, food policy, road building, and yes, education, what I have learned over the years is that to understand the politics, you need to follow the money.

How did I learn this, other than reading books like Confessions of an Economic Hitman? I listened to stories told by my mentors in Social Medicine, and I observed how health policies were designed to limit the power of government oversight of insurance companies and hospitals.

As Will Rogers used to say, nothing teaches us quite as well as seeing it up front, close and personal.

The color of money
Two events have shaped my attitude about the importance of following the money.

Understanding what is happening in our health care delivery “system” – what some have called a “wealth extraction process” – is not easy, looking in from the outside.

My first lesson about health care financing happened in the late 1970s. I was working in the Division of Epidemiology as a rookie medical epidemiologist, supervised by a career epidemiologist assigned to Rhode Island by the Centers for Disease Control and Prevention [CDC].

We had just received one of the first federal grants to establish a Childhood Lead Poisoning Prevention Program in the nation. Dr. Faich asked me to serve as the medical director for the Program; one of my first tasks was to review the performance of the clinical team following cases of lead poisoning that would be our official “go to” medical home for these children and families.

It made sense to continue to work with the team at Rhode Island Hospital, led by Dr. Jeff Brown, MD, and Lois Brown, RN, who had started screening and treatment in the late 1960s.

My review of their performance confirmed that impression. I had finished my pediatric training at Rhode Island Hospital and knew most of the staff in the Ambulatory Section of the Department of Pediatrics, directed at the time by Dr. John O’Shea, MD.

After reviewing a dozen or so records, I was impressed that the care was comprehensive, culturally competent and well coordinated with the staff of the R.I. Department of Health, which was doing inspections and enforcement of lead hazard reduction practices and interventions.

Over the first few years of the program, screening volume grew in other clinical settings as well through outreach into high-prevalence neighborhoods during the summer months, using trained college-age screeners to collect finger stick specimens, going door-to-door in neighborhoods with loads of old housing in poor condition.

The population referred to the clinic at Rhode Island Hospital grew substantially. Program staff participated in the clinic to assure that referrals were completed and the information needed for our lead hazard assessment to be scheduled could be captured.

Too much volume
About a year after being awarded the grant from the Center for Environmental Health at CDC, I got a call from Dr. O’Shea that there was a problem he needed to discuss with me. That afternoon, I showed up at his office, where he told me that the Chief Financial Officer of Rhode Island Hospital was not happy about the mounting losses that the hospital was taking by operating the Lead Poisoning clinic.

I was a bit unsure at the time about the number of children who were uninsured, so I asked for a bit of time to review our records. The next day, I reviewed all the files for children being followed by the clinic and confirmed that they were entirely insured, mostly by the Medicaid program. I shared this with Dr. O’Shea and suggested that we sit down with someone from the Finance Office to see how it could be that the hospital was losing money when there were no uninsured patients.

I heard nothing for two weeks. Dr. O’Shea’s secretary called, finally, with a date and time to meet with the finance folks. At that meeting, a very junior person reported again that the clinic would have to be discontinued because of losses incurred. I asked how it could be that a hospital could be losing money taking care of children insured primarily by Medicaid, since I knew that the law gave cost-based reimbursement to hospital providers. I got no answer.

After failing to get any concessions from the hospital, there was nothing left to do but find another place to hold a clinic for treating lead-poisoned children identified through our screening program.

Luckily, St. Joseph Hospital was willing to adopt the clinic and Dr. Brown was able to go along with the children to continue to follow and treat them.

Threats
About a month after the clinic at St. Joe’s had started to operate, I ran into the Chief of Pediatrics at Rhode Island Hospital at a reception for the newly arrived President of Brown University. The Chief saw me entering the home used to house the President and called me over. Our families had become friendly, so I knew him better than most young pediatricians in Rhode Island.

Before I could say “hello,” he angrily said to me: “Peter, if the Lead Clinic is not returned to Rhode Island Hospital, I will embarrass you publicly.”

It took me a second to respond by asking him if Dr. O’Shea had shared with him how the clinic had been forced to leave by leadership of the hospital. He said nothing, and I turned and walked away.

Lesson Two
Lesson Two occurred 35 years later. I was asked by the Director of the R.I. Department of Health to attend a meeting between the department and the TB Clinic run by the Department of Infectious Diseases at the Miriam Hospital.

The TB Clinic was not a responsibility of my Division, but I did what I was asked. The meeting was held in the conference room outside the door of the Director of Health. There were staff from our Division of Disease Control and staff from the Miriam Hospital, along with the president of the hospital.

I listened but said nothing. It was a deja vu feeling that came over me as I heard the Miriam staff talk about the financial losses to the hospital. Our Division of Disease Control had a small contract with the Clinic, but it fell short of making up their “losses.”

Finally, after a little discussion about volume of cases and services that were responsible for their losses, they turned to me and asked if I had anything to share. I asked one question: Were any of them present when the reimbursement rates for the clinic were negotiated with the payers?

The answer was: no. I then asked what they had done internally at the hospital to meet with their payers to show them the losses from rates that were set too low. Same response: nope.

Moral of the history lessons
I never heard anything about how the issue was resolved, other to ask whether the contract with the TB clinic had been renegotiated. It had not.

So, what explains their practice of negotiating reimbursement rates inadequate to meet their costs, you ask? The answer is complicated and I hesitate to tell you my conclusion: but since hospitals often use losses to help them with fundraising, I will leave you to ponder further.

Dr. Peter Simon, MD, a retired pediatrician and epidemiologist, is a frequent contributor to ConvergenceRI