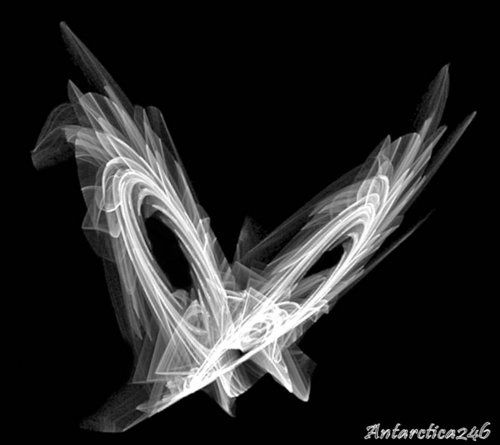 “A small change can make much bigger changes happen; one small incident can have a big impact on the future.”

The senseless brutality and ultimate murder of George Floyd perpetrated by Derek Chauvin is no small change, not one small incident in the eyes of many. Yet, in the scheme of things being an entire country or an entire world, one senseless death is considered a “small” incident. Everything is relative. I firmly believe that when Derek Chauvin held George Floyd down on the ground with his knee on his neck he never suspected that this one action, that one incident would prove to be the impetus of protests and riots, additional murders, looting and millions of dollars spent on maintaining state curfews with police department personnel and the national guard.  All because of something he did. Something he is responsible for.

I wonder what he’s thinking as he sits in his cell. When he sees the news. He must be astounded to realize that his one action caused this worldwide reaction. How can one man cause this chaos?

I’m sure that young teenager who showed up at a protest somewhere in a city, in a state, who saw his friends throwing rocks would not consider his minor involvement as a cause of someone’s financial and social demise. He only threw one rock.

But that rock was the final one that broke the window which provided access into the building. The building is a family owned restaurant, closed for months due to Covid 19. The family was struggling financially with the close of their 40 year- old business. They tried to make ends meet until “Phase 2” opened up restaurants. They worked hard to meet all the guidelines, separating tables, and measuring the distance between the chairs. They institute all the protocols. There first night open was a resounding success with 50% of the patrons inside the restaurant and 50% dining outside. They did everything right.

The next evening there is a protest, which morphs into a riot and that young teenager threw the last rock that broke the window and allowed dozens of others to get into the property. Tables and chairs were thrown against the wall, broken, the bar with its mirrored background and shelves, demolished. The family can’t go on any longer. They have nothing left to repair the building.

The parents’ divorce after daily arguments, the daughter goes out on the streets, confused and alone and takes a pill offered to her. It will make her feel less lonely. Less scared. Her world, her family is not what it was and never will be. It was fentanyl and without Narcan available, she dies. Her older brother who is taking the family break up worse than his sister, is fraught with guilt and remorse. He feels like he’s the “man” of the family now and he failed. He hangs himself a week after his sister’s death.

Am I being overly dramatic? No. True story.

Am I saying that one small change or one small incident on my part, on your part, could have a big impact, make much bigger changes happen?  Indeed I am.

I’m sure that there are not too many of us out there who want this kind of responsibility. Don’t want the potential power to create a ripple effect. Don’t want to live in paranoia, perseverating over every action and the potential ramifications?  I understand.

I invite you to take a moment when you are about to do or say something and think about the unintended consequences. Ask yourself: Do I want this word or action to create a bigger change, have a bigger impact on many? If your response is “no”, then rethink it. If your answer is yes, be my guest. You will be one of the changes we see in this world.

I embrace this type of responsibility. It makes me feel needed. Important. That what I do can affect many. For the good or the bad. I’ll go with the good.