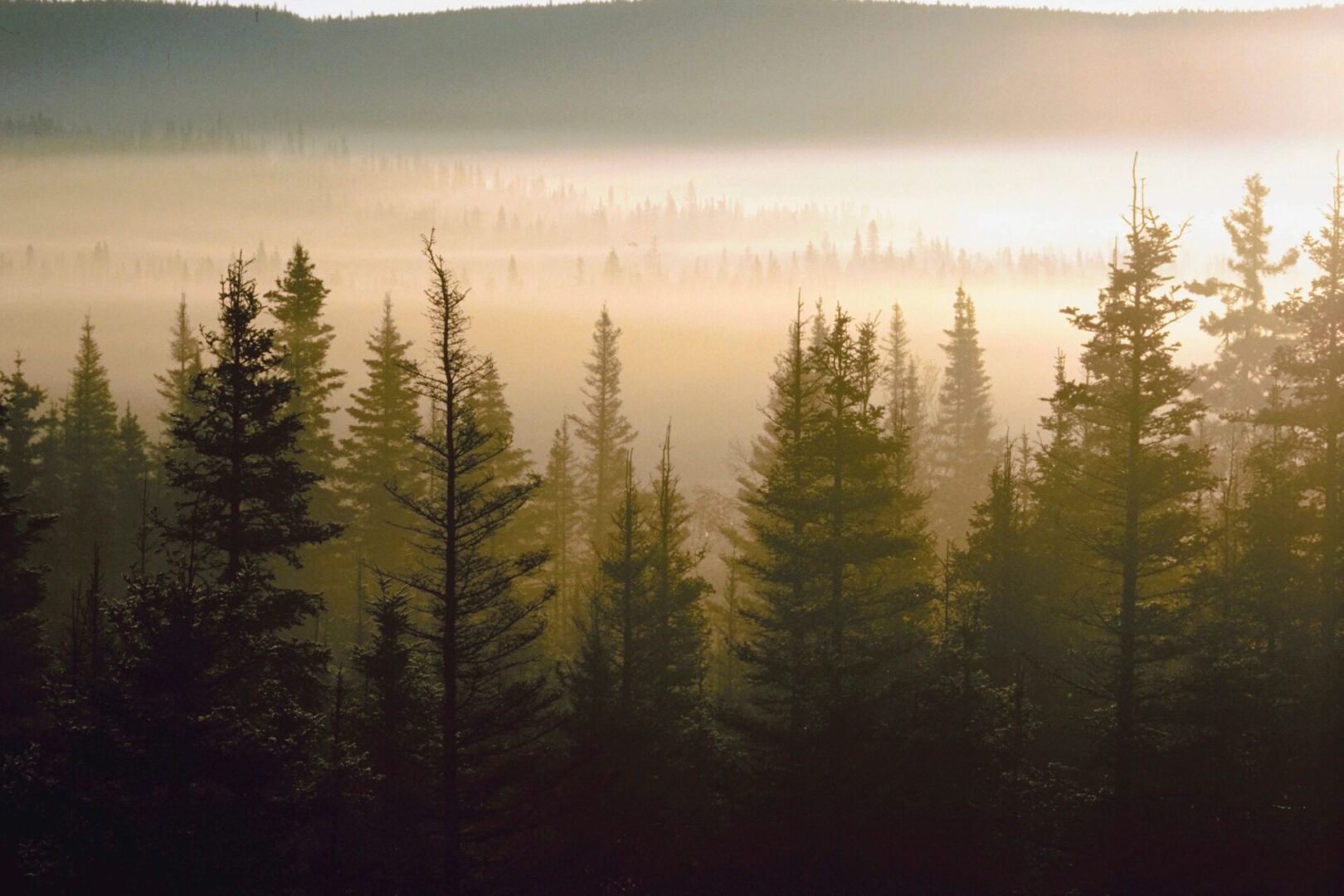 She didn’t know what she was headed for

And when [she] found what she was headed for

It was too late.

It’s September 2020. Monica’s nativity scene remains on display. Her suitcase from a trip in February sits, unpacked. When she opens the refrigerator, she recognizes a once fresh chocolate crème pie, now gone bad, along with a watermelon and an assortment of Dave’s Market containers whose contents are unidentifiable.

“I should empty this fridge and just leave a box of Arm and Hammer and some batteries” she thought.” She closed the refrigerator and poured herself a glass of suspected orange juice still sitting on the counter. Laundry remains unwashed.

Her husband, Evan, worries that his once dynamic wife is coming undone. He returns home from work every afternoon to find her binge watching “Call the Midwives” on Netflix. She tells him it’s her calm. Evan feels helpless. Then he feels hopeful. He offers a respite:

“Let’s rent a camper and take the kids up north for a long weekend.” Stacy nods without voice as she continues to watch poor women in London go through labor and delivery. She never lifts her head or makes eye contact. She is still dressed in her quarantine clothes – sweats that she wears to bed and does not change as the next day dawns. She wears a baseball cap, which disguises her unwashed hair.

Monica’s lukewarm response to Evan’s suggestion was just enough for him to pursue his plan. He rents a decent camper with enough room for all five of them. Evan and Monica have 3 children, all under 10 and each required to complete their remote schoolwork daily. Monica can’t help them. She can’t help herself.

Evan takes responsibility for packing the camper. He finds dozens of cans of Campbell’s chicken and rice soup hidden in the back of the kitchen pantry. These will be a quick and easy lunch for the kid’s, he thought. He packed the cans in a canvas carry-on and added them to his newly purchased groceries.

Monica brought along a brown paper bag that contained red licorice, a bathrobe, and her medications, which were anti-anxiety and antidepressants, whose prescriptions had been increased exponentially since the pandemic. Evan took care to help the children pack. They were excited. They could accomplish their schoolwork on vacation.

Once they were all packed, gassed up, and ready to go, Monica suddenly stopped in her tracks and demanded that they bring a car along.

“I don’t want to be stuck in a trailer park. We can’t travel on short trips with this monstrosity. We need to bring the car along as well.”

Evan didn’t like the idea. He knew Monica would need to drive the car as he didn’t think she could maneuver the camper.

“Monica, honey, I don’t think that is a good idea. You haven’t driven for months. Since the beginning of the pandemic.”

“Evan, DO NOT treat me like a child. I’ll drive the car and follow right behind you.” She could not be dissuaded. The children wanted to ride in the camper, but her youngest, Antoinette, didn’t want her mom to drive alone. “

I’ll keep Mom company in the car,” she said in her mature five-year-old voice. I don’t mind.

Evan didn’t want this trip to begin with an argument. He also felt a bit optimistic that Monica, for the first time since the quarantine, displayed some of her old “fire”.

“Alright, Monica. You follow us closely and we will take a few breaks along the way. Antoinette, you can ride with mom, but behave and don’t distract her while she’s driving. Monica, you and I will communicate through our cell phones. We both have bluetooth.”

Monica seemed pleased. They got into their respective vehicles, with her two boys waving from the camper to Monica and Antoinette in the car. They headed north. Monica didn’t know what she was headed for, as Evan planned a surprise destination. Monica hates surprises.

It was a lovely Friday morning, the beginning of a long, holiday weekend. It was early so traffic was light. Evan remained diligent, checking his rear-view mirror. He began to relax. Monica was directly behind him. He checked his side view mirrors, ignoring the warning “objects may be closer than they appear.”

Deep into New Hampshire, both vehicles entered the scenic Kangamangus highway. The boys were taking pictures of the scenery with Evan’s iPhone. Monica blasted her radio, where she had “Bye, bye, Miss American Pie” on repeat on Spotify. Antoinette had heard it so often along the way, that she joined in and sang with her mom.

The Kancamagus can be a roller coaster, the sharp inclines, declines and turns.

“And them good ole boys were drinking whiskey and rye,” could be heard blasting out the open windows. Monica was craving fresh, clean air. As they headed down a sharp decline, Monica noticed the brake lights on the camper, and knew Evan was riding his brakes to slow down. She did the same; however, her breaks didn’t work. She began to pick up speed and, in an effort, to avoid hitting the camper, she swerved and passed them on the left. Evan watched what was happening. He tried calling Monica’s cell phone. It went directly to voice mail.

Monica and Antoinette were now careening down the decline, far ahead of the camper.

Evan thought quickly. He accelerated in the hopes of catching up to the car. Irrationally he thought that he could be of help if he were in closer proximity.

He thought: “Does she remember or have the capacity to think about alternative ways to stop the car. He continued to call and leave voice mail:

“Monica, throw it in park. Pull up the parking brake. You need to stop the car!” More than six voice mails. Evan continued to accelerate. He could see the car in the distance. He drove faster. Eighty miles per hour.

The decline seemed to level out, Evan reassured himself. The car will come to a stop. It didn’t.  Evan saw the accident long before he arrived at the scene. Monica had swerved left to avoid the cars in her lane and hit a car head-on coming up from the opposite lane, returning from their vacation.

Evan screamed. Then he saw the other car. There was an elderly couple, still in their seats with seat belts fastened., their Dunkin’ Donut coffees still hot and sitting in the cup holder. Rescues, fire, and police arrived.

Evan had told the boys to stay in the camper. However, when they saw the lights and heard the sirens, they jumped out of the camper and ran across the street, unaware of additional rescue vehicles approaching the scene.

Evan wasn’t looking back. He was looking down. At his wife and daughter, tourists in New Hampshire who never made it the surprise destination. Evan jumped, startled when he heard a second screech of tires, this time coming from a rescue vehicle. They didn’t see the boys. Both boys died instantly on impact.

Evan was numb. He lost his ability to breathe. Rescue workers approached him with a blanket and oxygen. He was so still he resembled a statue cut out of the granite scenery.

The rescue took the bodies away. Evan remained frozen. The music was still playing in the car. Over and over. “Bye, Bye Miss American Pie”… and good ole boys were drinking whiskey and rye, singin’ this’ill be the day that I die.” (Don McLean).

Without thinking, Evan began to move. To walk. He walked off to the side of the Kancamagus, passing by the spot where his wife and daughter had recently been.

It was a beautiful Friday afternoon, the beginning of a long, holiday weekend. Traffic was light. But enough for a disaster.

Evan walked parallel to the highway, walking aimlessly, without direction. He followed a tourist trail. One foot in front of the other. He smelled the pines, felt the sun, and the altitude affecting his breathing.

As he walked, he thought:

Note: The names and location have been changed to protect the identity of this family. This account is culled from the accident and autopsy reports. The details were created, either through imagination or experience, by my client, Evan’s brother. They haven’t found Evan yet, despite days and nights of searching. We don’t know what happened to Evan; however, his brother believes he suicided. He may also have changed his name and created a new identity. No one knows. Yet. The ending of this story is one possibility of what Evan might have been thinking. In no way does the article, nor the author promote suicide as a viable reaction to trauma.

*(Dean Petrella, lead singer and lyricist for “The Complaints” from “Another Lover”, unpublished)