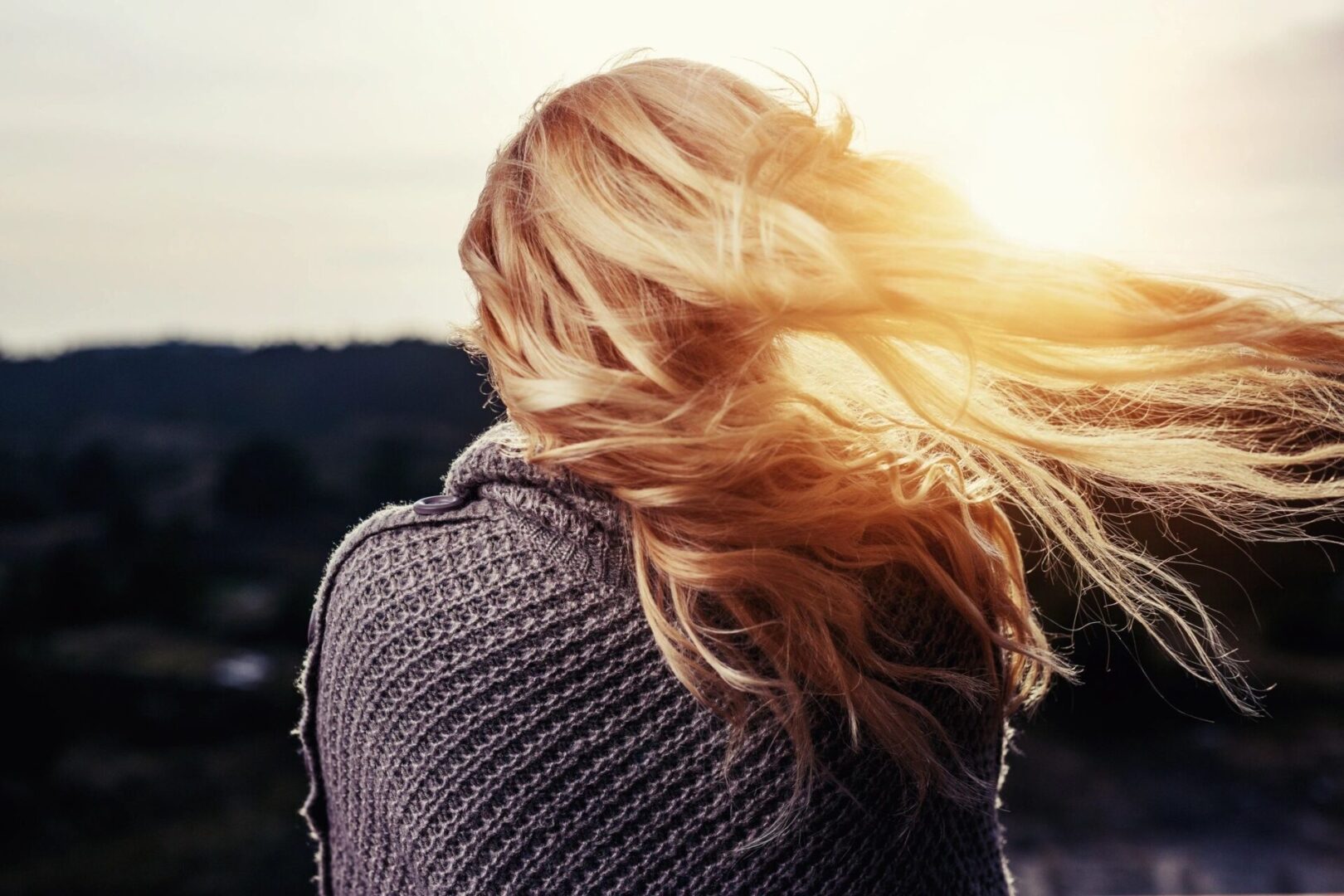 The long plane ride provides me with a great deal of time for a life review. Memories flood me. I think about my childhood. As usual. When I was at the edge of 9, we moved out of the funeral home. Father built a rather large house on the bay, swimming pool and all. Mother and I finally had free reign to speak, to make noise, but it was too late for me. Mother tried to engage me, with learning to jump rope, calling out the prepositions in alphabetical order “about, across, against, around, down, during, except and so on…, she had me diagram sentences as if we were putting a puzzle together, and assigned me required reading.  She took a position as a professor in Women’s Studies, which led to new reading assignments that mirrored those of Mother’s college students-Kate Chopin’s  “The Awakening”, Ibsen’s “The Doll House” and Mother’s favorite, Charlotte Perkins Gilman’s, “The Yellow Wallpaper.”

While Mother was teaching the 3 waves of feminism through the lens of literature in context, Zia Frankie was using her theatre degree to teach acting to children and doing quite a bit of acting herself in community theater, as Madame DesMortes in “Ring Round the Moon”, Mrs. Robinson in “The Graduate”, Sally in “When Harry met Sally” ,Mrs. Van Daan in “The Diary of Anne Frank” and her favorite, Marks from Jane Martin’s “Talking With.” According to Zia, her role as “Ginger” or she says “ginger honey “ in her best southern drawl,  was her biggest challenge because as she is excellent at lip syncing, her dancing and vocal skills were lacking. For the big dance scene, when the Aggie Boys win the football game and rewarded with a visit to the “Chicken Ranch”, Zia recalls having to do a cartwheel, something she had never learned in childhood. Mother said she quit the show before she made a fool out of herself and the family”. Papa said “ sel sato un pazzo a farlo”, which only motivated the contrary Zia to hire a coach, go to a gym and “tweak” that part of the dance with her partner, a professional singer and dancer who was in Chorus Line in the West end of London. She performed in 9 performances of BLWIT, not well, but confident. It was just another manic Monday.

Socialized early on to be quiet, I remain so up until now. As early as kindergarten my teacher thought I was on the spectrum and called my parents in to discuss my lack of social skills. I remained mute throughout grade school, albeit fluent in both lip reading and sign language (another of Mother’s communication interventions while living under funeral home rules ) and without friends until I found the a la carte sports of swimming and outdoor track. Solitary sports under the guise of a team. One of the swimmers on the relay team was Carolyn, the daughter of the warden of the State Department of Corrections. She lived on the grounds of the prison. We were the only two with what other students thought were “fascinating families”. I was a mortician’s daughter, she, the daughter of the warden. They believed we were both very wealthy, particularly when the hearse picked me up from school after one of Mother’s drowning attempts. She had no preference whether it be pool or the bay, each of which was now a short distance from our new home.

Father’s choice to move to a home on the water with a swimming pool was ironic, but he was unaware of Mother’s propensity to drown herself.  Mother said, “I stopped fighting against the depression and acquiesced to it, in fact embracing the demons that caused each day to be dark.*

I attended Mother and Zia Frankie’s alma mater, Saint Aloysius Parochial School, which housed grades 1- 12. Saint Aloysius was an Italian aristocrat who died early as a result of caring for victims of a serious epidemic. The nuns all remembered “the twins” well, particularly Zia Frankie who was always of the cusp of suspension or being expelled. One day Zia passed a 4x folded purple note to Mother In homeroom.

Of course, Zia’s concept of celebratory activities was vastly different than Mother’s. According to Mother, Zia suggested that they “bunk” first period biology and go to the restroom to have a cigarette.” Mother followed uncomfortably, as she didn’t want to disappoint Zia Frankie.  Mother replied, “But Francesca, we will get caught and suspended, or perhaps expelled.” Zia responded with an excited, instructional tone “ Tommy, it’s so easy! I’ve done it many times. When we get to the bathroom, we will open the window and exhale the smoke out the window. If we hear anyone approaching, all we have to do is go in a stall and stand on the toilet, so they don’t see feet. We will be invisible!” Shortly thereafter, the girls heard the familiar swish of the nun’s habit, the crunch of the white cardboard guimpe and the long black rosary and crucifix attached,  hanging from the cincture, which was slapping against her thigh at every other step. “Cmon in the stall,” Zia Frankie whispered to Mother.” Don’t forget to close the door and stand on the toilet.”

Mother recalled this story experiencing the same degree of anxiety that I suspect she felt that day. “Daniella, I was so afraid! I thought of Papa and Mama B and asked myself why did I follow Francesca? I did as I was told. We threw the cigarette butts out the window and tiptoed quickly into accompanying stalls. I quietly stood on the toilet just as I heard the pause of the rosary beads. Suddenly I heard Sister Marie Frances shout my name. “Thomasina Mary Aiello. What are you doing?” I had difficulty determining how Sister could see me and not Francesca. As I turned my head, I realized that my twin had not mentioned that I needed to crouch down! So, when Sister approached, she saw my head above the height of the stall. I was mortified, but not enough to tell on my sister. I sobbed as I stepped down from the toilet and out of the stall. I received 6 months of detention, which consisted of cleaning the tiles in all the restrooms on three floors with a  toothbrush.! Up, down and across, tracing the grout with my toothbrush and some Comet. When completed, I had to vacuum the auditorium. Zi Frankie roared with amusement when she recalled the story. “ How naïve is your mother, Danny? It was implied that you should crouch down!”

Later, Zia was suspended for carving her boyfriend’s name in her thigh with a razor blade; (the nuns thought she was a cutter and called papa in, but Zia said she was just creating a tattoo). At another point in time, Zia conned some of her friends to have a cook-out in the reference room in the library. The local fire department broke down the door after a 911 call reported that the library was on fire. When they broke down the door, they found Zia and her friends listening to their 45’s on a portable record player roasting hot dogs over a small coal fired grill. Zia was suspended again. It was Zia that Papa called “pazzo”! Both girls (Mother and Zia Frankie) successfully graduated from St. Allys. The years were filled with Zia’s boyfriends who came by plane, train, red Corvettes, “65 Mustangs and the occasional VW bus.

Mother spent her later years as a volunteer at the convent and teaching CCD. She never had a boyfriend, nor did anyone ever approach her. Papa called Zia not only “passo”, but “puttana”, believing she must be having sex with all these boys, but she claimed she was still a virgin during freshman year at NYU.

As expected, Mother chose an all-girl Catholic college and majored in English with a minor in Psychology. Still dull and unimpressive, yet  I believed the idea of suicide was nonexistent. I was wrong. After she died, I found a dozen suicide notes, each dated and corrected with red pen, with side notes that read “word choice” and “verb tense agreement”. I never found a final, acceptable draft. As Miles Halter says in Looking for Alaska,” I know so many last words. But I will never know hers.”

Sign up HERE to to receive daily newsletter from RINewsToday

Sign up HERE to to receive daily newsletter from RINewsToday