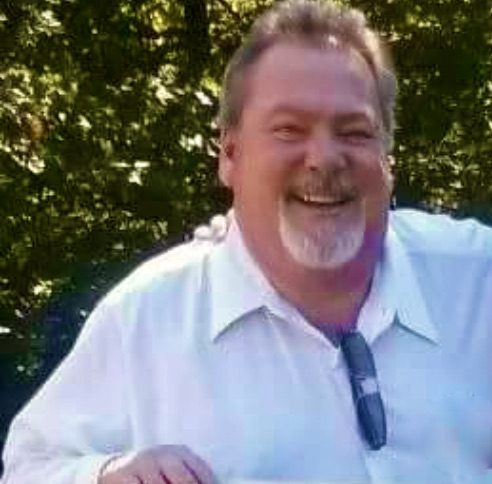 “I did it my way” (written by Claude Francoise and Jacques Revaux, English interpretation by Paul Anka, sung by Frank Sinatra).

A Letter to My Brother

I’ve texted this salutation to you every day for 4 weeks. Sometimes you responded with a simple emoji, sometimes you didn’t respond at all. But as you told me, you read every one. I continue to text you daily after your recent passing last Saturday. I find it very soothing and calming.

You died this past Saturday after an extremely short battle with an insidious, aggressive cancer than even you couldn’t beat. It is the kind of cancer that sneaks up slowly when you are not looking and displays no apparent symptoms until it is too late.

I can imagine what it is like to know you have a few weeks left to live, even though we spoke about it, which is why I wrote last week’s article about living and dying. We are all living and dying simultaneously. We just don’t know our date of death. You didn’t either but knew it would be soon. You said you could feel it coming.

I was so fortunate, as we had the gift of goodbye. We had many conversations during the last couple of weeks. We talked about heaven, fear of dying, as well as the expected and unexpected. One of the medical staff told you that your cancer was one of the most painful deaths. That was scary. So, you expected the pain. Not so much of it though (I don’t think).

In my very last minute with you I noticed how dry your lips were. I went out to the nurses’ station and asked for Vaseline. That was the last gift I gave to you. I gently applied the salve to moisten your lips and you groaned in pleasure. It is the simple things that bring dignity and value in our final days.

When you were first given the diagnosis and prognosis (3 weeks before you died), you said to me: “Well Mari, I’ll be the topic of your article. I will even make it into Volume 2 of your book “GriefSpeak”.  I assured him I would, and not only would he be included in Volume 2, but I promised I would dedicate the book to him.

This is your article, Bobby.

You had little to no control over this enemy, this cancer. So, you did what most do when we feel powerless and helpless – you control what you can. As the quintessential funeral director, you sat down with your sons and planned out every detail of your wake and funeral.

As the only girl and the oldest of four children, we were only 18 months apart. A week before your diagnosis you sent me several pictures of the two of us sitting on Santa’s lap, Trick or Treating at Halloween, and the two of us, you still in diapers, holding hands. You said you had not looked at those pictures in years. It still amazes me how prescient people can be!

Out of the two of us, I was the one who was always punished. You rarely were, as you had this mischievous way of spinning straw into gold. You could always talk your way out of a predicament and come out a hero!

Because of our closeness in age, we shared many of the same friends, particularly during high school. Garden City parking lot (“The Lot”) was the place to be in the late 60’s and early 70’s. Those same friends, now aged 67, gathered at mom’s house yesterday as we collectively laughed and cried over memories of you. (Your Rat Pack)

You have always been described as “bigger than life.” You had such a zest for everything: good food, great wine, fancy cars, and partying- whether at Bonnet Shores, Boca Raton, Max’s Grille in Mizner Park, Narragansett, or Cranston. Life in general. You were always best in a crowd and singing in any microphone you could find.

A friend just texted me stating: “I can’t get “Mack the Knife” out of my head since I heard of Bobby’s passing.” One of your featured songs. Sometimes, just sometimes, I would jump up and we would be a duet….

You are as big in death as you were in life. Channel 12 did a news story and social media is jammed with thousands of sympathy posts and memories. There will always be a little bit of “Bobby” in whoever met you. Someone recently described you as the “Buddy Cianci of funeral directors. Everybody wanted a piece of you!”

We will not bury you until Saturday. This long week stretch is very difficult but has allowed us time to gather with some who adored you. Mom’s house is overflowing with flowers, food, and people. One of your friends said: “I hope the wake is at The Dunk, because otherwise the line will be from the funeral home to Olneyville!”

Despite all your achievements and accolades listed in your obituary, I will always treasure the phrase “dear brother of Dr. Mari Nardolillo-Dias.

RIP Bobby, I pray you get your pilot’s license in heaven. This is a testament to you, as a boy and a man who LIVED your life, as your favorite song suggests: “Your way”.