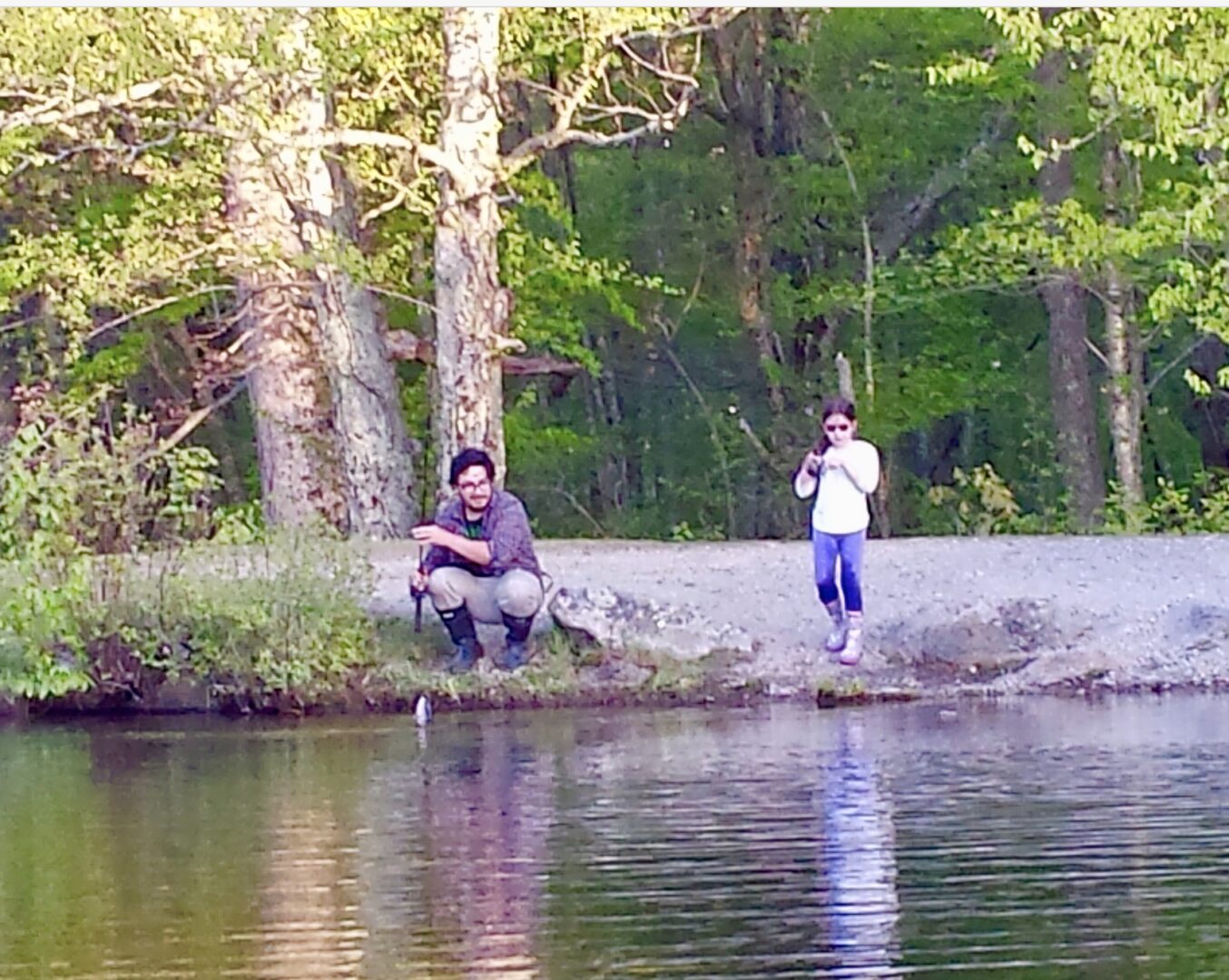 As Memorial day is almost upon us, the trout fishing is starting to improve. The weeks following opening day were less than successful. Between the Social Distancing and odd/even nonsense coupled with the tropical force winds at times, there wasn’t much time to fish.  Thrown into that situation is the fact the temperatures were below normal causing the trout not to bite. Some Fly Fishermen did have success though.

As the temperatures started to rise so did the trout’s interest in biting.  One night on Barber’s Pond my lifelong friend, Buddy Jackson, did well on a Mepps spinner tying into an 18″ Rainbow Trout as the sun’s fading rays started to disappear on the horizon.  Slowly, but incrementally, the bite improved.  Fishermen on the East Bay indicated they were catching a couple per day.  A few trips to Foster improved with teach trip. First trip, one rainbow and a few bites. Point of note on the first trip – there was a gentleman using a fly rod that was doing quite well – he landed 3 trout in 30 minutes.

Second trip, 3 trout and 19 bites and 2 lost fish that went airborne and spit the hook out in midair. Third trip, “The fishing gates opened up” as 9 trout caught, with the small trout being released as the limit is 5 trout. There were also 2 fish lost on Mepps spinners.  At sunset a massive 17″ rainbow took my worm and wanted no part of this writer nor my boat.  It was a fantastic way to “limit out” and end the night.  Fly Fishermen on the shore and 2 men in kayaks were annoyed with the constant activity in my boat. They ended up leaving in disgust.  Sometimes being a worm drowner has its advantages.

Later in the Evening after the Fly Tiers left a dad and his daughter entered the pond and drowned worms as well. The Dad hooked into a very large rainbow which he had difficulty getting on to shore. The Dad’s daughter, Viola, not to be outdone, hooked into a nice rainbow and with a little help from Dad landed the trout smoothly. The Dad also caught another nice rainbow on a Rapala.

My neighbor on the same day and time was at Wyoming pond where the trout were jumping but had no interest in the baits being offered. There appears to be great potential for this Memorial Day weekend. Even moreso as the out of state check point was removed from the Beach Pond boat ramp parking lot.  There is now access to the ramp for boat launching and for shoreline fishing.  Stay Tuned.