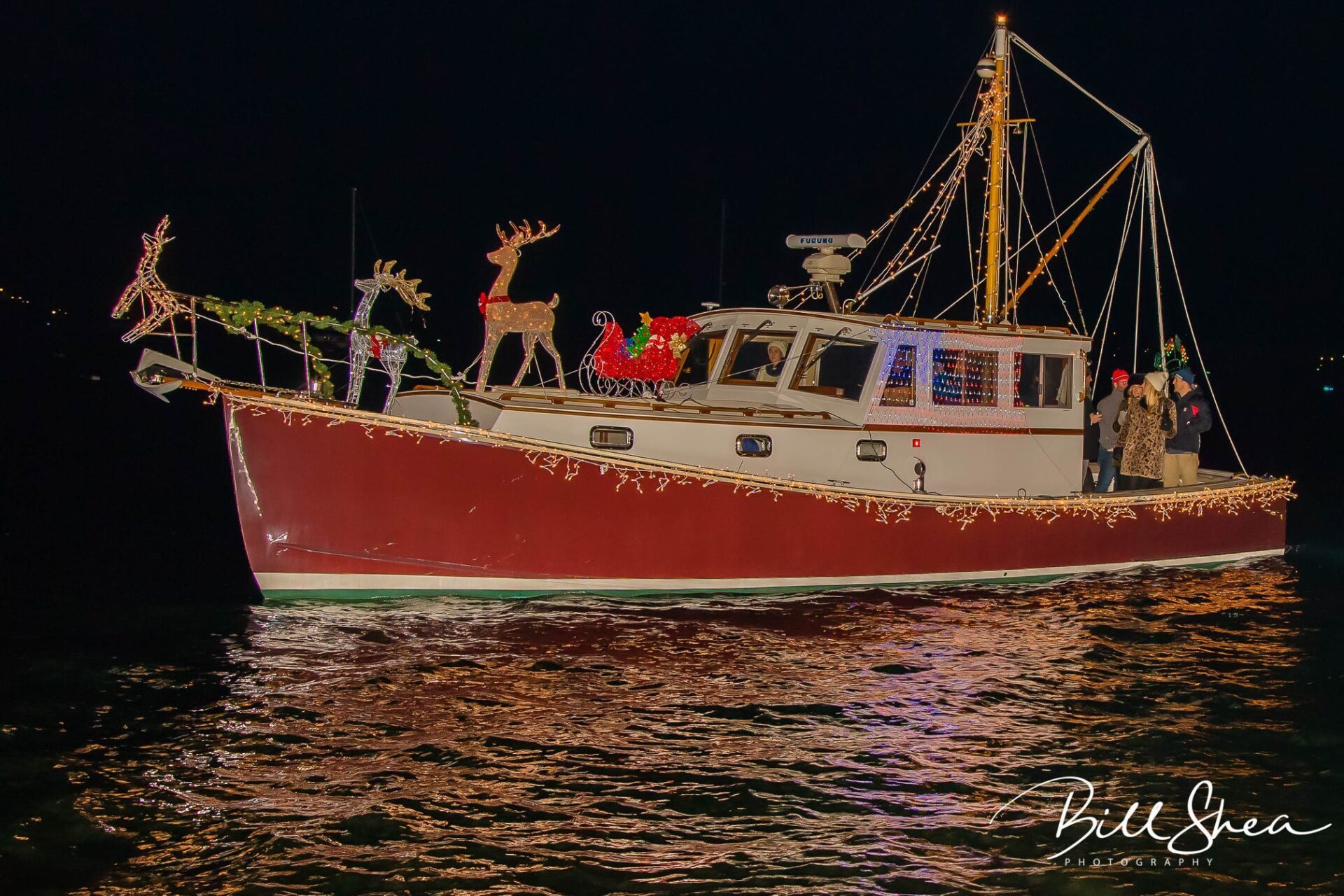 Get Your Holiday(s) on – Newport Illuminated Boat Parade

The annual Newport Illuminated Boat Parade is set for this Friday, the day after Thanksgiving, November 26th at 6pm. A great way to kick off the holiday season for family and friends.

If you are a boater you can decorate and register your boat to participate in the parade.

The boats will rendezvous at the Goat Island Causeway at 1745 for a prompt 1800 start. The parade will begin traveling east (clockwise around Newport Harbor) leaving Newport Yacht Club (where judges are located) to port.

Judges and the WADK broadcast booth will be located at Newport Yacht Club.

The event is sponsored by The City of Newport, The Newport Yacht Club, and Discover Newport.

The parade is named in honor of former Newport Harbormaster, Tim Mills, who passed away suddenly last year.