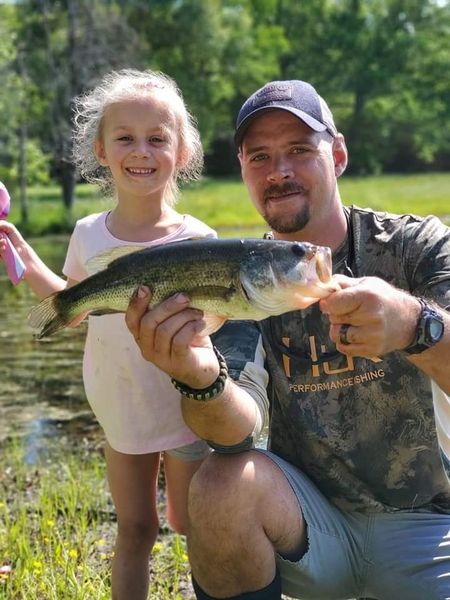 The weather continues to play havoc on the catch. The fish are a day by day, hit or miss situation. As one can see in the pictures some folks are doing quite well while others like this writer are currently in a drought.

Some folks are even having luck with smallmouth bass. This is a great thing to see smallies making a comeback after being on the decline for quite a while.

A large number of youth are doing well catching a variety of fish. This will keep the sport active for generations.

However, for some of us, as the spring continues to accelerate in passing, some of us need to put in the time to fish as we only have one chance to get this right the 1st time!.  Life’s interferences seem to be getting in the way of doing the things we love.  Good luck to those regularly enjoying the outdoors, many of us are envious.

Tip of the week:  For those out on the waterways if you need to listen to music as you sail, fish or the like please use headphones or earbuds to keep the music to yourself.  if you are tied up with a number of boats on a lake or large waterway it is one thing to crank the music.  When on a small pond or river it is another.  An encounter occurred when 2 twenty something girls launched their kayaks on Carbuncle pond and blasted a boom box on their entire trek. Boom boxes still exist???  If they were playing country music it may have been tolerated however the city noise in play wasn’t. The other 14 fishermen and women including myself did not enjoy the noise.  Literally they were at the north end and they were heard at the south end with ease. The ” whomp, whomp, whomp”  hide all the sounds of nature. The super majority were there to enjoy the serenity and solitude of the remote pond.  Often Cardinals, Baltimore Oriels, Chickadees and Titmice are heard with their calls seeking a mate. Again, the noise drowned out most of Nature.

These little ear buds are a great thing.  They are easy to use and do not interfere with the operation of a kayak, canoe or boat.  They are often wireless and will not interfere with casting a fishing pole so their footprint in the kayak will be minimal.  Those also enjoying nature while fishing will appreciate the tranquility as a result.

And a Shout out to Ray Almstrom for stepping up and cleaning up after the slobs!  Great job Ray!