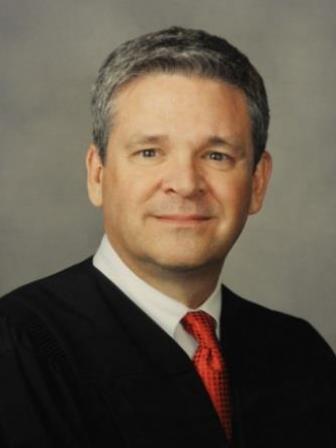 Chief Judge John J. McConnell, Jr. of the U.S. District Court has signaled that if it becomes necessary, he is prepared to order the state of Rhode Island to fund services for adults with developmental disabilities in an amount that complies with a 2014 consent decree that the state agreed to follow.

“I can’t tell you how impressed I am with people who work day in and day out” to support this vulnerable population and “how committed I am that people with developmental disabilities will get the rights guaranteed them under the Constitution,” McConnell said during a July 30 online hearing on the state’s progress in complying with the consent decree.

“I’m prepared to say, ‘Find the money,’ “ McConnell said after hearing from the state Director of Developmental Disabilities, a spokeswoman for providers, and the mother of a 25-year-old man with complex needs who has had no outside supports since the COVID-19 pandemic struck Rhode Island in March.

“Everyone is attempting to follow the requirements” of the consent decree, “but they are stymied by a lack of funds,” McConnell said, summing up the presentations. In addition, they lack funds to deal with the unexpected costs of protecting people during the COVID-19 pandemic, McConnell said.

He said he finds it “frightening” that private service providers, the backbone of the state’s system, are on shaky financial ground. And, McConnell said, “my heart breaks” when he hears of the burdens on families who have a loved one with intellectual or developmental challenges.

Carol Dorros, M.D. testified about her 25-year-old son, Sidney, who has heart and lung disease, profound deafness, albeit mitigated by a cochlear implant; significant language limitations; a seizure disorder and diabetes. He nevertheless had an active life before the pandemic, volunteering at a soup kitchen, working at a custodial job in a financial services building, and participating in group activities three days a week. He also had a coach who helped him make art for cards sold at a local bookshop and at some craft fairs, his mother said.

Dorros, an internist who has practiced in Rhode Island for 30 years, said she has not been able to work in the last four months. She said she and her husband have been terrified to have Sidney go out in the community or have staff come to the house, because the family doesn’t know what the outsiders’ circles of contact might have been.

Last week, one support person came to the house to work with Sidney for 90 minutes on his art. “We’re looking forward to that person coming back,” she said.

“Really, we are living quite day-to-day.” Dorros said. She has chosen to direct Sidney’s program independent of an agency, but she said it’s “extremely hard to find staff” with the expertise to manage Sidney’s insulin and communication needs. The coronavirus aside, other parents who direct services for their adult children have made similar remarks about the difficulty in finding the appropriate support people. Dorros said she believes the staffing issue comes down to funding.

Referring to state officials who hold the purse strings, McConnell said,” I fear that the right people aren’t on this call.” In the future “we will need someone from the Department of Administration” and any other pertinent executive branch agency, the judge said.

McConnell said he needs to know how much money the developmental disability service system needs to get through the pandemic, and what it will cost to proceed with the goals of the consent decree, which call for individualized services.

“I want the doctor to have confidence in the people providing the service,” the judge said, referring to Dorros, and he said he wants providers to be funded to provide individualized services. Once the funding is figured out, McConnell said, he wants to see the “problem-solvers, not the problem-makers.”

“If we don’t come up with a way to systemically support the providers, then the whole thing will be meaningless,” McConnell said. “If anybody couldn’t tell, I am obsessed with the issue of funding as essential for us to get there,” McConnell said, pointing out that the consent decree requires adequate funding. (No figure is specified.)

He gave the state until August 30 to lay out the strategy or process for resolving the funding issue and more than a dozen other barriers to compliance with the consent decree, the time line for resolution of each item, and the agency or agencies with primary responsibility for resolving each problem.

The Aug. 30 deadline is but the first of a year-long court-ordered calendar for working out a new system of developmental disability services.

Tina Spears, executive director of the Community Provider Network of Rhode Island (CPNRI), a trade association, said she wanted to emphasize the “unstable nature” of the private agencies that provide services to the adult population with developmental disabilities. Spears represents about two thirds of the three dozen agencies licensed to work with adults with developmental disabilities in Rhode Island.

The day after the court hearing, one of CPNRI’s 23 members, Resources for Human Development, told its clients and their families that it is closing its doors, leaving an estimated 150 persons without services, according to multiple reports. Efforts to reach the director, Rebecca Dimant, were not immediately successful.

COVID-19 has complicated the situation by requiring intensive cleaning protocols, face masks and other personal protective equipment, and social distancing, Spears said. The provider system can’t meet the needs of its consumers with the available resources, she said.

While the incidence of coronavirus in group homes has been low, 11 residents have lost their lives, Spears said. (A spokesman for the Department of Behavioral Healthcare Developmental Disabilities and Hospitals (BHDDH) reports that one of the 11 died of other causes.) Spears said 160 group home residents and 200 staff members have tested positive. About 1180 people with developmental disabilities live in group homes in Rhode Island.

During the past few months, Spears said, providers have been working in close partnership with state officials. Providers have received two months of advance payments during April and May to keep their doors open, as well as a 10 percent temporary rate increase for group home operations and work stabilization funds for front-line employees.

Workers, who make an average of a little more than $13 an hour, temporarily got an additional $3 an hour, Spears said, but it still wasn’t as much as they could get in unemployment benefits.

While the various categories of financial assistance were “very critical and welcome,” Spears said, “they all have stopped and ultimately have not done anything to stabilize the system.”

She said she has been disappointed by a lack of current support from the administration prioritizing developmental disability services for virus infection testing, personal protective equipment and a living wage for workers. In a separate letter to Governor Gina Raimondo dated July 29, Spears has asked for a task force representing the Governor’s office, the court monitor for the consent decree, the state developmental disability service agency, and private service providers to design a “COVID-19 transformation model” over a four-week period.

During the court hearing, Kevin Savage, the acting state Director of Developmental Disabilities, said he agreed that going forward, services must have “different financial supports.” BHDDH has “tremendous value for the providers,” not only CPNRI agencies but the entire community of service providers, Savage said.

BHDDH has sent providers draft rules for reopening and asked for comments from them next week. “The biggest issue is safety for people with developmental disabilities,” he said. “We can’t just re-open programs in a way that we need to shut them down again,” he said, in an apparent allusion to congregate day care centers that were still in operation before the coronavirus reached Rhode Island.

People with developmental disabilities have the same rights, but different needs, he said. Some want to get back to groups, but smaller groups. Some want access from home, Savage said.

Joseph Murphy, a spokesman for the state Office of Rehabilitation Services at the Department of Human Services, told McConnell that the agency has switched to online employment supports when the state closed down in March. “We are open for business, trying to provide services as best we can on a virtual platform” and making sure that bills from providers are paid, he said.

David Sienko of the Rhode Island Department of Education (RIDE) also testified. He said the developmental disability population is part of a larger conversation on re-opening schools. RIDE is responsible for providing transitional services to high school students with developmental disabilities to prepare them to live and work in their communities as adults.

His conversations with special education directors indicate that “pretty much everyone is looking at a hybrid approach” of online and person-to-person instruction, Sienko told the judge. “We know some people need more in-person” teaching, and while that is troubling because of safety considerations, schools still have to address the needs of vulnerable children, Sienko said.

The day after the hearing, July 31, McConnell entered an order requiring the state, in collaboration with providers and the community, to address 16 issues identified by the court monitor as fiscal and administrative barriers to compliance with the consent decree.

Antosh, the monitor, said during the hearing that the list of issues reflect “items that have been raised over and over again” for years.

“What we’re looking for is the impetus to get them done,” he said. The list addresses not only the amount of funding for services, but asks for a streamlined application process and addresses a bureaucracy that: