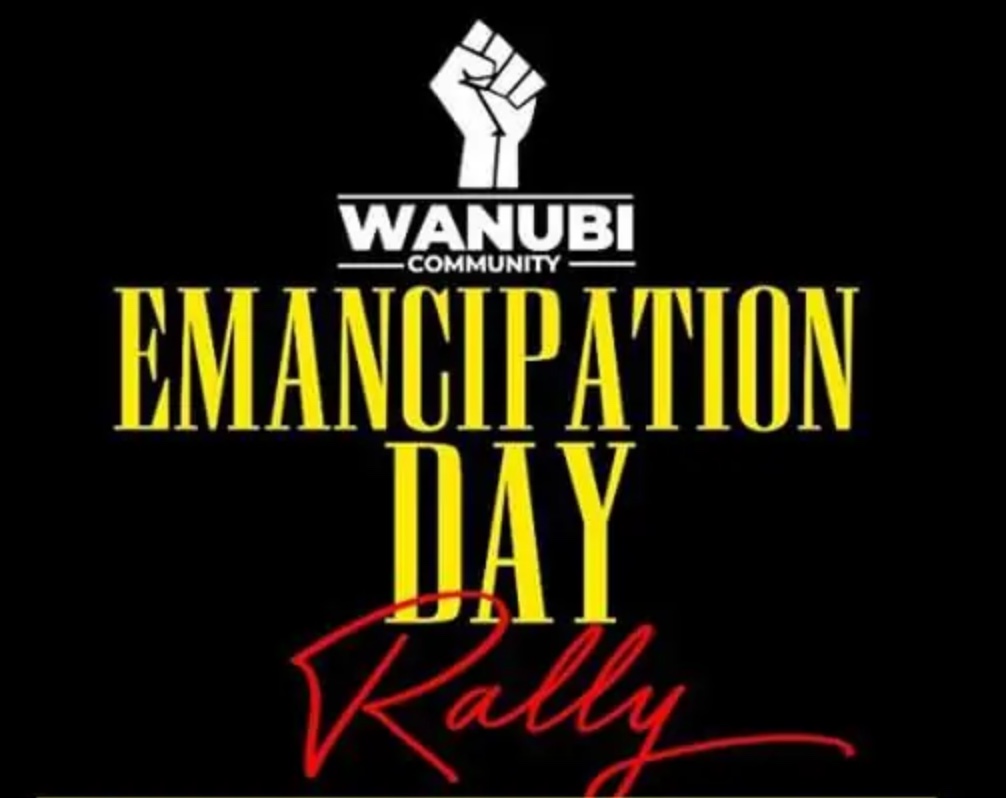 Emancipation Day was a traditional recognition and celebration in Rhode Island for many years, usually held on August 1st, but has not been held in a large, coordinated way for the past several years. Today – Emancipation Day – is back on the docket to be held from 2pm to 7pm at the Temple of Music at Roger Williams Park in Providence.

The event includes “food, music, culture” according to promotional materials and also refers to the event as a “Rally”.  On the Facebook page, which has over 11,000 ‘likes’ it states: “There will be some phenomenal speakers sharing Black History as well as some Cultural Performers and local Artists straight out of RI.”

Sponsoring/participating groups with logos on their poster are: S. Burkey Speaks (life coach and community advocate for city of Providence), Designs by Blondie, Goodlord Family, The New Black Panthers, Funk Ya Soul, and FitFirst

A request for a confirmed list of speakers to Wanubi Community was responded to with a suggestion that we come to the event to see who is there. However, their speaker list taken from their Facebook event page:

Our Emcee for this epic moment will be, “Jermaine Whitehead-Bailey”.

RINewsToday attempted to confirm speakers when there was some concern expressed about the involvement of the New Black Panthers group as a sponsor.

Providence Mayor Elorza:  In an email last night, Mayor Elorza’s office confirmed that he will NOT be participating in the event. Earlier in the week he said on talk radio that he did not know about the event, and it was not on his schedule, nor was he was unaware of his image being used to promote it.

Keith Stokes: Stokes confirmed that he will also not be participating, and had told the group that if the New Black Panthers group was involved in any way, he would not be.

Jim Vincent: Vincent said he would probably attend, as he had history of attending Emancipation Day over the years when it has been celebrated in Rhode Island on August 1st.

The promotional message on their event page on Facebook:

“It’s back! Come out Black community and non-Black community whom which are our allies, and support this day of rallying to staple this to our calendar permanently!

As Babylon falls, truth rises!
Bring your lawn chairs, coolers, and snacks! We will be rallying for the #TRUTH on this day and need the entire community to come out in numbers to hear the Truth!!

We are tired of the lies and all the propaganda. It’s time to confess America because you are going down!

We have to stop letting our enemy tell “our” story making it his-story. So come out, make our roar louder to shake the smallest state in the union.
THEIR TIME TO RULE HAS COME TO AN END!
AMERICA IS COMING TO JUDGEMENT WITH GOD AS WE BREATHE THE AIR.

What is Emancipation Day?

Emancipation Day is observed in many former European colonies in the Caribbean and areas of the United States on various dates to commemorate the emancipation of enslaved people of African descent.  It is also observed in other areas in regard to the abolition of serfdom or other forms of involuntary servitude.

Wanubi Community Grassroots Movement (wcgm) is an organization built on the principle of truth by activists, revolutionaries, freedom fighters, youth, and ministers of peace. It is a volunteer-powered committee dedicated to raising awareness in order to organize and fund the most promising demonstrations to fight against the injustices that primarily affect our youth and people of color in the urban communities.

Their mission: Unite, Educate & Empower both the youth and leaders in our community through our grassroots work to fight racial Injustices together collectively. To build an urban landscape in our own community that will serve our people and increase their wellness. Their motto is “Lift As We Climb”

About the New Black Panther Party

Concerns about the NBPP

Groups such as the Southern Poverty Law Center hold the position that the “party” is an extremist black separatist group that promotes violent demonstrations and is anti-Semitic and anti-white. More can be found, here: https://www.splcenter.org/fighting-hate/extremist-files/group/new-black-panther-party