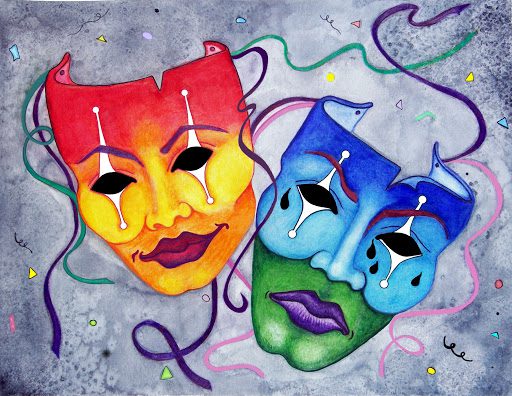 Several years ago, while at a training session, a colleague alerted me that in a conversation with our boss, he was told that management had “other plans” for me. This news did not sit well with him, as he is totally overloaded, and I was taking over much of his extra work. I found this news quite ironic, just after returning from a week of training. Later, my boss stopped by my office with some unexpected news. After some brief chit chat regarding my trip, he said we needed to talk and took me into a conference room.

Some additional chit chat continued, and I finally asked him to get to the point. He told me that there was an “opportunity” that had just come up. To which I replied, “Oh, an opportunity to excel?” He grinned sheepishly and said that there was a job in “planning” and that I would be talking to the “Planning” manager later that day. The way it was spun was that this was an “opportunity” to learn a different part of the business. He stated that he had been in planning about 15 years ago, and he didn’t want to describe what planning was now, as it could be completely different than it was in his day. I began to think that this indeed may be a good move for me; however, it didn’t make any sense since the company had just invested several thousand dollars in training me in a completely different skill set. I was asked to refresh my resume and send it along, as my manager offered to make the call to the hiring manager. But, an interesting series of events started to unravel my boss’s ill-conceived plan.

At lunch that day, I asked a friend what she thought of this move. She noted that the systems in planning being used at the time were being replaced soon and reminded me that I would be learning an old technology, so the reality was there would really be no gain for my career. After lunch, my colleague pulled me aside once again and in a theatrical stage whisper said, “Mary, that job is not for you. You are way overqualified. That job entails entering parts into the inventory system as they come in from vendors and making sure they are distributed on the manufacturing floor.” Besides,” he hissed, “that hiring manager is a complete ass. You don’t want to work for him”.

This enlightening conversation drove me to some further investigating. I looked up the hiring manager in the company directory and discovered that “Planning” was actually “Planning and Inventory”…. This just didn’t sound right. I then realized that there had to be a reason that someone wanted to move me out of my department and into “Planning” or anywhere else for that matter. I knew it wasn’t for the sake of “opportunity”. But I thought I’d let this incident play itself out and see where it would lead me.

That evening, I refreshed my resume as I had been asked, and dutifully sent it to my boss. I also sent him a separate email expressing some questions and concerns that I had on the subject:

“Tim:
Seems “planning” is really planning and inventory. Not sure this is the
right move for me.
Would like to further discuss options, as it’s confusing as to how this
places me into an upward career path.
Frankly, the more I learn about this position, the more I doubt it will
leverage my strengths and skills as subcontracts currently does.
While I understand the need for training on these various databases, it’s
unclear how soon I’ll be up to speed in this role in order to make a viable
contribution.
Looking forward to discussing this at your convenience.”

A bad feeling overcame me during the night, and the next morning I woke up furious. So, around 6 AM, I sent a quick email to our Vice President. Luckily, I knew him from a previous job.

“Don:
Wondered if you would have some time for a career discussion. Would like to discuss future opportunities at your convenience.
Thanks.”

When I got to work that day, my colleague had done some additional investigating. He discovered that someone else had already been promised that job, and she was another person to be reckoned with. It seemed that the “backfilling” process would be made one big mess if I were to take that position.

Later that morning, I received a reply from the VP:

“Mary,
I would be happy to sit with you and discuss your career. I am due to travel
down to the SCC soon, I will be sure to have Karen set up some time for us
to talk.
Take care.
Dan”

Within a few hours, my boss was again at my office door. He again led me to a conference room. He again sat me down at the table. And the opening sentence was, “I read your email last night. You’re right; the planning job isn’t going to be a fit for you”. I told him I thought I would have let the hiring manager come to his own conclusions, but that the move into “Planning” didn’t make any sense.

So, you be the judge. Was there any influence on my boss by the VP? Was there an early morning phone call from the VP asking the question: Why does Mary want to talk to me about her career? Was there corporate political payback, since I had reported some issues with a supplier?  I still wonder to this day.

“The single biggest problem in communication is the illusion that it has taken place.” George Bernard Shaw