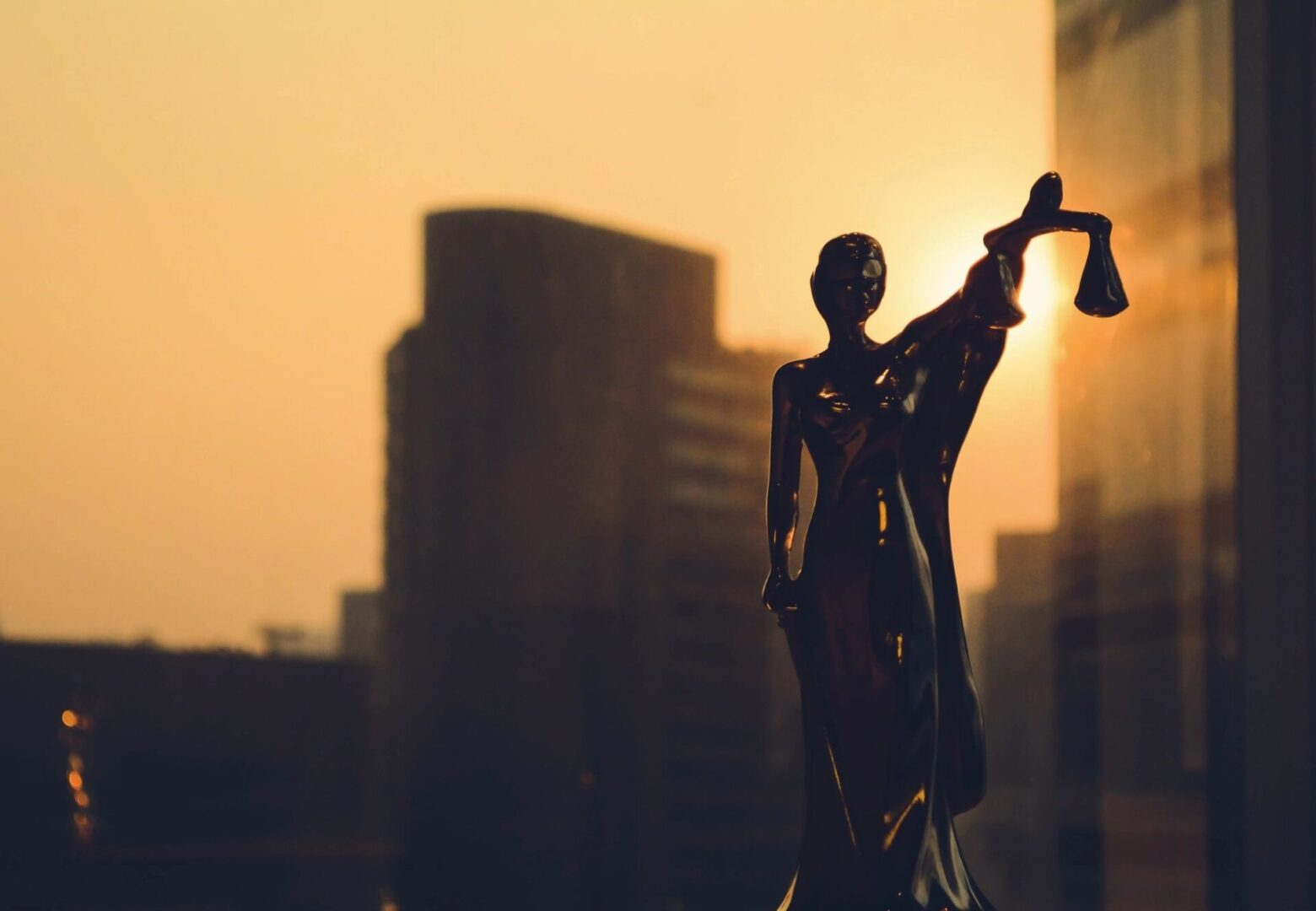 Chief Judge John J. McConnell, Jr. has made it clear he is prepared to use the power of the U.S. District Court, if necessary, to ensure the state of Rhode Island provides adequate funding for adults with development disabilities.

That population of about 4000 people is protected by a 2014 civil rights agreement set to expire in 2024, assuming the Court approves.

Time is already drawing short for the state to make the changes necessary to achieve compliance by the 2024 deadline. The process would require approval by the General Assembly and would have to be running smoothly for a year before the state is released from federal oversight.

But the COVID-19 pandemic has added urgency to the situation, because the state’s compliance depends on some three dozen private service providers that are in such shaky ground financially that they won’t survive the next six months without extra cash.

That was the picture presented to McConnell at a hastily-called virtual court hearing on Zoom Nov. 24.

McConnell gave state officials and advocates until Dec. 18 to figure out a solution to providers’ short-range fiscal problems.

Since last summer, the state has been engaged in a court-ordered planning effort to devise solutions to the systemic issues and present McConnell with a long-range implementation plan by June, 2021.aid

But the judge said he called Tuesday’s hearing in response to a preliminary fiscal report from an independent monitor, who said the burdens of coping with the coronavirus pandemic posed more immediate threats to service providers.

McConnell asked the monitor, A. Anthony Antosh, to convene a “collaborative” public-private group to come up with an immediate funding solution by December 18. The collaboration should include state officials, lawyers for the U.S. Department of Justice, and representatives of the community, including the head of a provider trade association, Tina Spears, McConnell said.

Lawyers for the state, including Kathleen Hilton and Marc DeSisto, framed it as a continuation of an active collaboration that already has resulted in one hazard pay initiative.

McConnell said he much preferred a solution devised by the state and its partners in the community, rather than having to resort to a court order.

But he made it clear that one way or another, he considers it his responsibility, as a judge in the “third and co-equal branch of government,” to protect the population with intellectual and developmental disabilities in Rhode Island.

“The advisable way is for the good and smart people to sign off and figure out how to do it,” the judge said.

After hearing from budget director Jonathan Womer, health and human services secretary Womazetta Jones, and other state officials, McConnell said “there is no doubt we have an awesome team in the executive branch whose hearts and minds and souls are in the right place.”

McConnell acknowledged that “quite a bit of money” ($20 million) has been allocated to developmental disabilities during the pandemic, but he said “it has become inadequate as the system currently exists.”

The state “may have fiscal handcuffs on,” as Womer, the budget director, explained, but “for the Court, it’s of no import where the money comes from.”

The state and “all its entities” are part of a consent decree that enforces the civil rights of adults with developmental disabilities under the Americans with Disabilities Act, McConnell said.

“But make no mistake,” he said. If necessary, “the Court will use all its powers to order the state and all its entities to come up with the money,” he said.

Meanwhile, the agency’s day programming, which included expansive work-related supports and other services, is running at 30 percent capacity, she said, running into debt at an exponential rate.

“The situation on the ground is unrelenting,” she said.

Kayleigh Fischer, Director of Budget and Finance for EOHHS, laid out the various federal initiatives, totaling $20 million, that have helped service providers stay afloat during 2020.

And Womer, the budget director, explained the fiscal challenges posed by COVID-19, which has decimated revenue and has saddled the state with a projected budget deficit of $250 million to $275 million by the end of the fiscal year in June, depending on who’s counting.

“It’s confusing. There are a lot of moving pieces and a lot of federal guidance that’s constantly changing,” he said.

“We have more restrictions on spending now because of the pandemic,” Womer said. “We are reducing spending anywhere we can to contain the deficit,” he said.

The state can spend federal grant money like the $1.6 billion allocated to Rhode Island for coronavirus relief, Womer said, but among the exclusions are spending for workforce bonuses, as well as replacing state revenue in the federal-state match for the Medicaid program.

Medicaid is the program that funds the developmental disability service workforce.

Spears acknowledged that without the emergency funding the state has allocated so far, the developmental disability service system already would have folded.

She said she appreciates the fiscal challenges Womer described, but “this has been the rationale for underfunding our workforce for the last decade.“

In 2011, the state deliberately set reimbursement rates for private providers of developmental disability services below market costs, Spears said. “This fact cannot be overstated,” she said.

The rate-cutting, which resulted in layoffs and sharp wage reductions, has been documented in an exhaustive $1.1 million study commissioned by the state Department of Behavioral Healthcare, Developmental Disabilities and Hospitals, (BHDDH), and by a separate special legislative commission.

Over time, Spears said, the flawed fiscal foundation of the reimbursement model has made it increasingly difficult for providers to recruit and retain qualified workers, a situation that has only been exacerbated by the pandemic.

Today’s average pay for direct care workers is $13.08 an hour, but provider agencies say they must pay $25 to $30 an hour to get workers to go into COVID-positive group homes or homes where residents are in quarantine, according to Antosh, the court monitor.

Antosh has proposed the state deploy $2 million a month from unused developmental disability funding to boost the pay of direct care workers to $20 an hour and cover other expenses related to COVID-19.

Separate from Antosh’s proposal, Spears said, CPNRI has asked Governor Gina Raimondo for COVID Cares Act relief funding for incentive pay for workers in coronavirus-positive group homes and for emergency relocation funds. These funds would be used for temporary quarters to make sure that COVID-negative group home residents can be separated from housemates who are infected.

She did not provide additional detail on that pandemic-related funding request.

Instead she focused her remarks during the hearing on separate recommendations for addressing the structural problems in the fee-for-service reimbursement model.

The state should raise entry-level wages to $17.50 an hour immediately, with a boost to $20 an hour in the fiscal year beginning next July 1, she said. Spears said the state has received an increase in the federal share of the federal-state Medicaid program which has not been passed along to service providers.

While Spears said it’s difficult to calculate how much more money the system needs, CPNRI has estimated the figure to be between $37 million and $54 million a year.

The DOJ has found that the overhaul of the developmental disability service system adopted in 2011 incentivized segregated care, in violation of the Integration mandate of the Americans With Disabilities Act.

During the court hearing, Womazetta Jones, the Health and Human Services Secretary, said she wants to work with service providers to do what is feasible and equitable, given all the needs of vulnerable populations.

“As a citizen, I have long admired your service,” he said.

But he pointed out that Rhode Islanders with developmental disabilities have a protection that other vulnerable populations do not.

The DOJ found, and the state agreed, that those with developmental disabilities have experienced violations of their constitutional rights “that can’t continue,” the judge said.

“I don’t want to disagree with anything, but I want to focus on why we are here,” McConnell said.