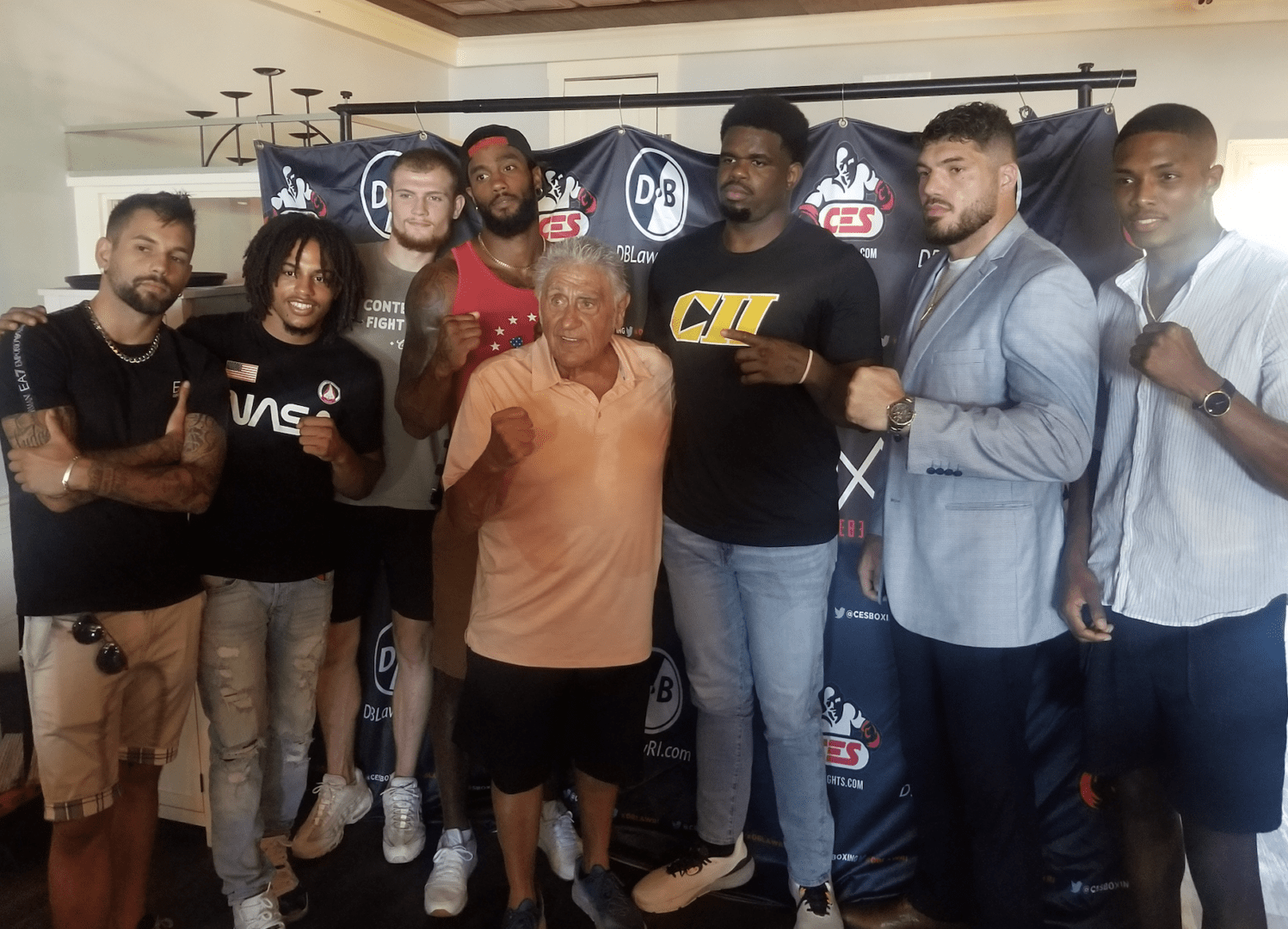 If James Brown was the hardest working man in show business, then Jimmy Burchfield is the hardest working man in Combat Sports. The legendary promoter is about to outdo himself once again. He is bringing a blockbuster card of CES professional boxing to the famed Mohegan Sun Arena on August 20th. A press conference was held at Rocks 21 in Mystic, Connecticut, on Saturday, July 23rd, to set the table for this highly anticipated event. This night of boxing features an impressive line-up of fighters.

The card is stacked with an international flavor, featuring fighters from all over the planet. The main event will feature heavyweight Cassius Chaney, from New London, Connecticut, with an impressive record of 21-1, with 14 wins coming by knockout. Chaney will collide with Shawn Miller (18-7-1 7 KOs) from Troy, New York.

If you like watching heavyweights fight, you are in for a treat. Juiseppe “The Sicilian Nightmare” Cusumano (20-4 18 KOs) will be in action taking on Justin Rolfe (7-4-1 5 KOs) from Fairfield, Maine.

In addition, you will see the likes of Nicola Quarneti of Italy, Gary Balletto of Cranston, Francis Hogan of Weymouth, MA., Alejandro Paulino of New London, CT., and Angel Gonzalez from Hartford, CT.

In a woman’s match, Stevie Jane Coleman (2-0), from Columbia, Connecticut, will step in the ring with Jesenia Rivas of Denver, Colorado, making her professional debut.

Coleman told a scary but funny story about her recent encounter with a dog. Stevie was out jogging when she was bitten on the leg by what she thought to be a small Collie, a bit on the mangy side. Turns out, it was a coyote that took a bite out of the welterweight contender. Coleman made a full recovery. Jimmy Burchfield has high hopes for Stevie. He said, “This girl is going to be a champion.” Turns out Coleman is dating Alejandro Paulino. It could very well be a first for CES to have a couple fighting on the same card. Sounds like the makings of a television reality show to me.

A third heavyweight fight will see the red-hot Sean Bey, (6-0 6 KOs) of Providence, take on John Shipman, (4-2 2 KOs) from Dallas, Texas, in a four-round bout. At the press conference Bey appeared to be in phenomenal shape. In the first round of his previous fight at Bally’s Twin River, Bey knocked his opponent unconscious, sending him through the ropes and crashing into the lap of the doctor in attendance at ringside. This stunning knockout proved that ‘Bey don’t play.’ Barring injury, Sean Bey appears to be unstoppable. He is an incredible athlete and has excellent management under the guidance of CES. It’s only a matter of time before this impressive young warrior is challenging for a title.

This promises to be a historic night of boxing at Mohegan Sun Arena. Tickets are going fast and available online at mohegansun.com. For more information on this and all CES boxing and MMA events visit cesfights.com.