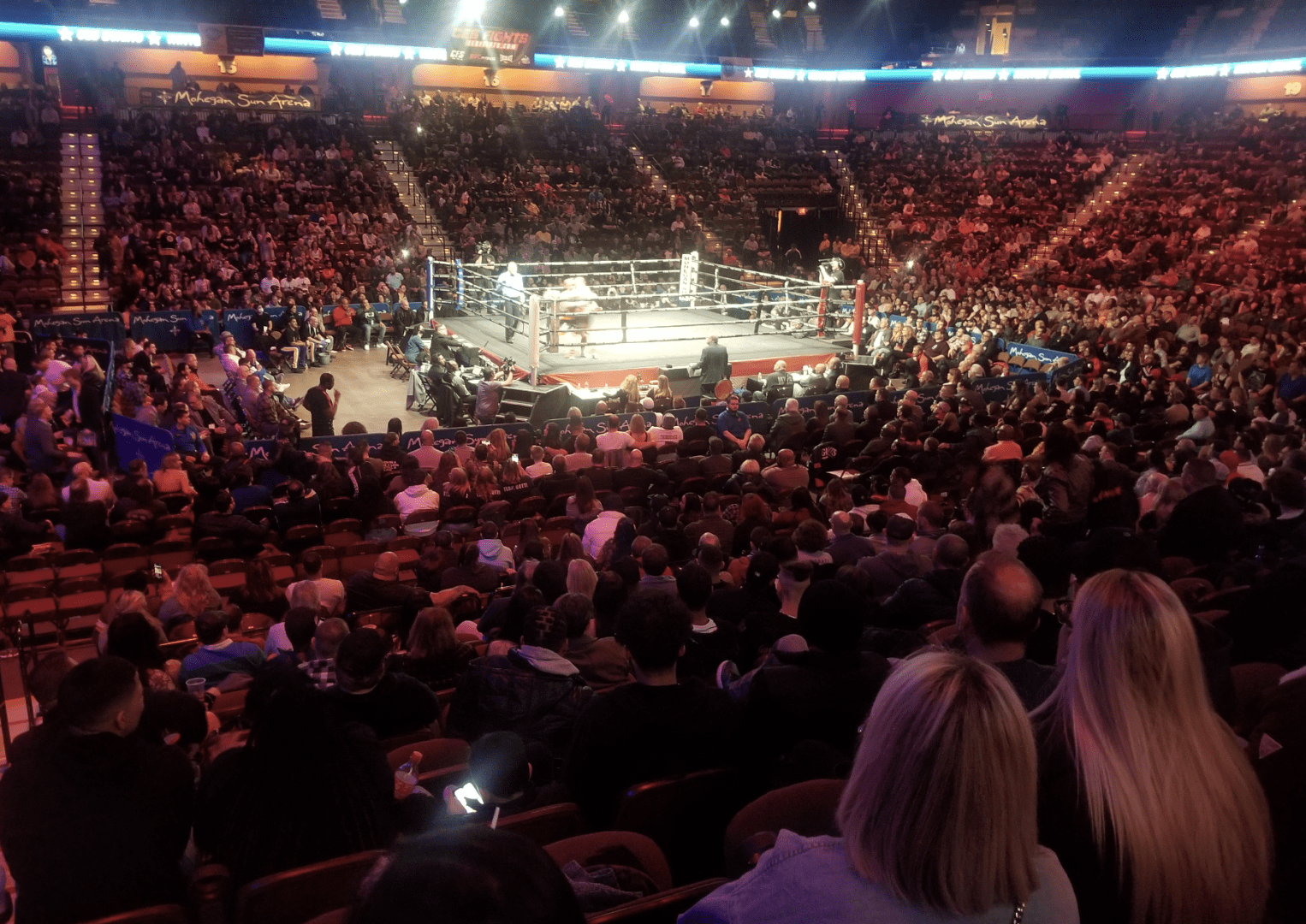 On Saturday night, Jimmy Burchfield proved once again why he is the leader in combat sports promotion. CES Boxing took over the Mohegan Sun arena presenting yet another action packed event. Two new champions were crowned. In addition, John Gotti III had a successful outing.

The building was jammed packed as many of the area’s top regional fighters showcased their skills. Four of the top prize fighters from Connecticut had the privilege of fighting in front of a partisan crowd eager to cheer them on.

In the opening contest, Gabriel Costa won a split decision over crowd favorite Chad Leoncello. Costa was outweighed by a substantial margin. He was, however, much more active during the entire fight on his way to victory. Speaking of fan favorites, the second fight featured Connecticut native Stevie Jane Coleman. She took on Michaela Nogue of Egg Harbor, New Jersey, in a full on war. These women teed off on each other for four solid rounds cementing the fact that woman’s boxing is alive and well. The crowd was given an added treat as Stevie was accompanied to the ring by four time world champion Jaime Clampitt- Hayes. It was then announced the Jaime will return to the ring on February 25th, in Cranston, at the historic Park Theatre. This is guaranteed to be a sellout as well as a night of boxing you won’t want to miss. Coleman won a unanimous decision in front of an arena of adoring fans. Stevie had one of the most electric ring entrances and reactions of the entire night.

In other action, Mitch Louis-Charles scored a fourth round KO victory over Josniel Castro in a light middleweight bout. Welterweights Kendrick Ball Jr and Victor Exner fought to a six round draw. Mike Kimball of Waterbury, Connecticut, made his pro debut as he stopped Robert Banks in the fourth and final round of a super lightweight contest. Undefeated super featherweight Kevin Walsh (now 7-0) of Brockton, Massachusetts, won the vacant New England championship defeating Christian Otero. Chordale Booker of Stamford, Connecticut, scored a unanimous decision over Angel Hernandez in a middleweight fight. Undefeated lightweight Alejandro Paulino (now 12-0) knocked out the very game Ryizeemmion Ford in the fifth round of a scheduled six round contest.

In a highly anticipated light heavyweight fight, John Gotti III improved to 2-0 when he stopped Alex Citrowske. Gotti knocked down Citrowske three times in the first round in what was more of a workout as opposed to a competitive fight for Gotti. The crowd support for Gotti was evident with many wearing Team Gotti hats and shirts. Everyone went home happy with Gotti making short work of his adversary.

The main event was a scheduled 8 round featherweight contest for the WBC Silver championship. In what many considered an upset, Dannis Aguero Arias from the Dominican Republic, defeated Irwin Gonzalez Jr. from Worcester, Massachusetts stopping him in the fourth round. Arias was making his debut in the United States as he took matters into his own hands dominating most of the fight.

Promoter Jimmy Burchfield announced they will be returning to Rhode Island on February 25th with Rhode Wars 3. For more information on this and any CES Boxing or MMA event visit cesfights.com.

All photos courtesy of Kelly Gentile.