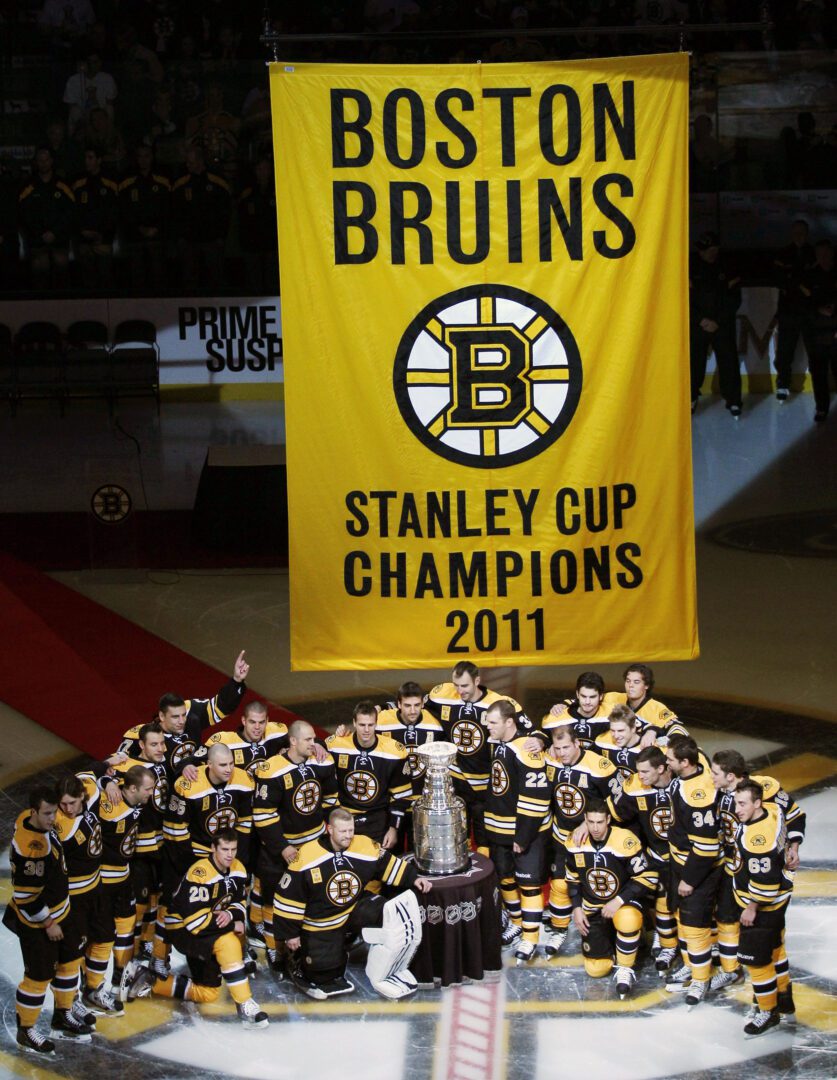 Boston Bruins – a Team on a Mission for Hockey Town

The Boston Bruins look like a team on a mission! The last time we saw the Boston Bruins it was late spring 2019, and the Bruins had the stunned look of disbelief in their eyes as they stood and watched the St. Louis Blues celebrate winning the Stanley Cup on the Boston Garden ice in game 7 of the NHL finals.

The last time the Bruins hoisted the Stanley Cup was seven years earlier when the Bruins defeated the Vancouver Canucks in seven games in 2011 after a 20-year absence. Many of the names remain from that championship team are long gone, but a few remain.

Captain Zdeno Chara the ageless one, the little ball of hate Brad Marchand, and the scoring machine Patrice Bergeron. and although he wasn’t the starting goalie back in 2010-11, Tuukka Rask was backing up the legend Tim Thomas in goal.

The Bruins always have had a reputation of being New England tough and Boston has always been considered a “Hockey Town”; if you want to pick on the Celtics the Bruins would come and kick your butt! Through the good seasons as well as the bad, Boston (and New England) always loved their Bruins.

One of the original six, the Bruins won six Stanley Cup Championships in their history and the stars of each team became household names in New England in most cases, and nationally known in others. Stars like Milt Schmitt, Bobby Orr, Phil Esposito, Tim Thomas where a few of the players that became legends as they wore the black, gold and white. The rough and tumble Bruins reflected the city, state and region that they represented, a weather hardened, tough and strong hockey fan base that lived for every game with their hearts on their sleeves.

Hockey players were traditionally their own breed, they were people who played a sport that was invented in the coldest of cold weather on frozen over ponds or lakes on ice skates, with sticks. If you thought the skaters were tough back in the early days, consider that they wore no protective helmets or face guards. There certainly weren’t mouth guards and really protective padding wasn’t heard of, and the goal tenders had virtually no extra protection. This was a sport that the term “those crazy Canadians” came from. As the sport migrated to the south and into the United States in the late 1800’s and teams began to play in organized leagues. In 1904 a “professional” league began but the teams were located around central Pennsylvania. On November 26, 1917 the National Hockey League was founded and headquartered in Montreal, Canada. It was on December 19, 1917 that the Montreal Canadians, the Montreal Wanderers, the Ottawa Senators, the Quebec Bulldogs and the Toronto Arenas formed the NHL. In those first games the Canadians beat Ottawa 7-4 and the Wanderers nipped the Arenas 10-9.

In the United States the NHA (National Hockey Association) and the Pacific Coast League (PCL) began playing in 1914. The two leagues each played a regular season schedule and at the end of the season he two league winners played for a silver cup which was donated by the English Governor general of Canada – Lord Stanley. The NHA suspended play during World War II but resumed after the War with six teams forming what we know today as the NHL. Montreal Canadians, Toronto Maple Leafs, Chicago Blackhawks, Detroit Red Wings, New York Rangers and Boston made the original six teams. The NHL has expanded to 31 teams across both the United States and Canada.

As the 2019-20 NHL season begins, the Bruins are sitting atop of the Atlantic Division with a 11-1-2 record and has accumulated 24 points (in the NHL points are awarded for wins and ties that are applied to the standings), the division is comprised of the Buffalo Sabers at 9-4-2, The Florida Panthers at 7-3-4, the Toronto Maple Leafs sat 7-5-3 and the Montreal Canadians at 7-5-2.

The Bruins can make another run at the Stanley Cup, but they are aware that the season has just begun, and those long winter nights can take its toll. They also know that as it is in every sport injuries can play a key factor as the Bruins try to make it back to the Stanley Cup finals. They are hoping for the fast start out of the gates, keeping healthy, and the experience (and the pain) of last year will help get them over the top and they can hoist up Lord Stanley’s cup once again!