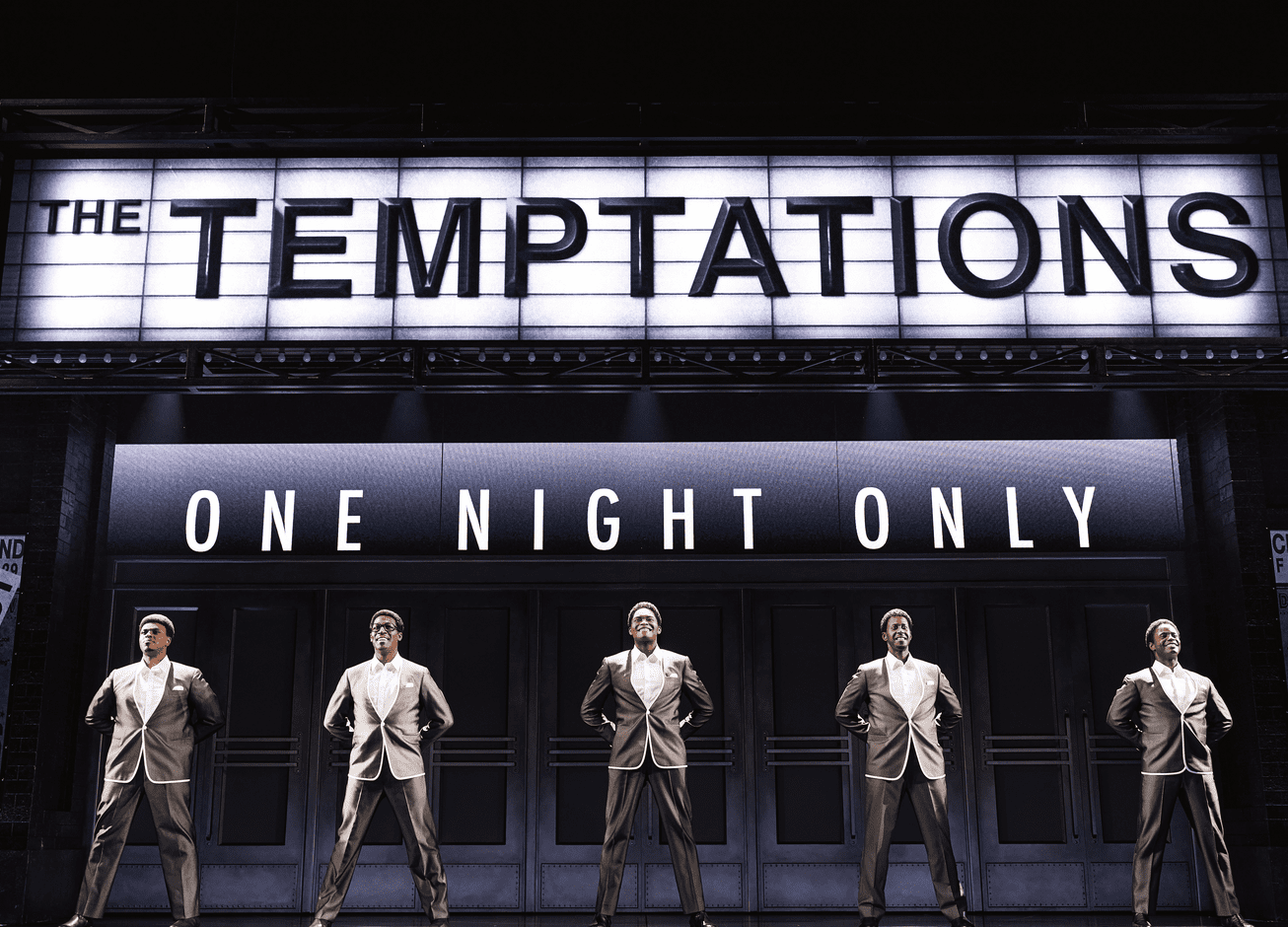 Ain’t Too Proud – The Life and Times of The Temptations received well-deserved acclaim and a Tony AwardⓇ for Best Choreography in 2019 and makes its stop in Providence for a week-long engagement at the Providence Performing Arts Center as part of its 2022 national tour. Ain’t Too Proud is a musical with music and lyrics from The Legendary Motown Catalog and a book by Dominique Morisseau. The Musical tells the story of The Temptations, one of the most successful and well-loved vocal groups of all time, from their first days in Detroit in the 1960s to today.

The Temptations’ founder and sole remaining original member, Otis Williams, is played by Marcus Paul James. Though Otis stands as the one constant on stage as the years and lives around him carry on, the story he tells in Ain’t Too Proud extends far beyond just his own.

He is a living link to a bygone era, one revered for its upbeat, pop-influenced style of rhythm and blues synonymous with industrial American cities like Detroit and Philadelphia. Detroit, a proud working-class metropolis, spawned iconic Black vocalists and vocal groups in the 1950s and 1960s, which transcended class, race, and geography to top the radio charts of their day.

Polished performances, familiar beats of well performed hits, “Cloud Nine,” “If You Don’t Know Me By Now,” ”My Girl,” “I’m Gonna Make You Love Me” and the title song, were interwoven with two hours of melodrama as Ain’t Too Proud opened Tuesday night at the Providence Performing Arts Center in Providence.

When the cast members portraying the Temptations took the stage at the Providence Performing Arts Center on Tuesday in Providence, the magic of the Motown era was in full effect music. A noticeably predominantly white audience sang along and swayed to the songs performed by a cast that were on point in their delivery of The Temptations classic dance steps.

Audiences not concerned with probing storytelling, the show delivers well-performed hits. Like many of the MOTOWN”S legendary girl groups, THE TEMPTATIONS extraordinary journey began on the streets of Detroit following the great migration to the north from the South. The Temptations’ journey from the Motorcity to the Rock n’ Roll Hall of Fame is told through the group founder and only original member still alive, Otis Williams communicates to the audience as if he was letting them in on the secrets and downfall of the individual members, Paul and David Ruffin. The resonating message, despite the drug use, deaths and mayhem was survival. Sixty years later the Temptations continue to tour. Ain’t Too Proud delivers the steps, the harmony and the iconic music.

Ain’t Too Proud is playing until Sunday, April 17. Tickets are available at the Box Office and online. In partnership with the Rhode Island Black Film Festival, a PROMO code is available for a discount. Call 401-421-ARTS for ticket information.