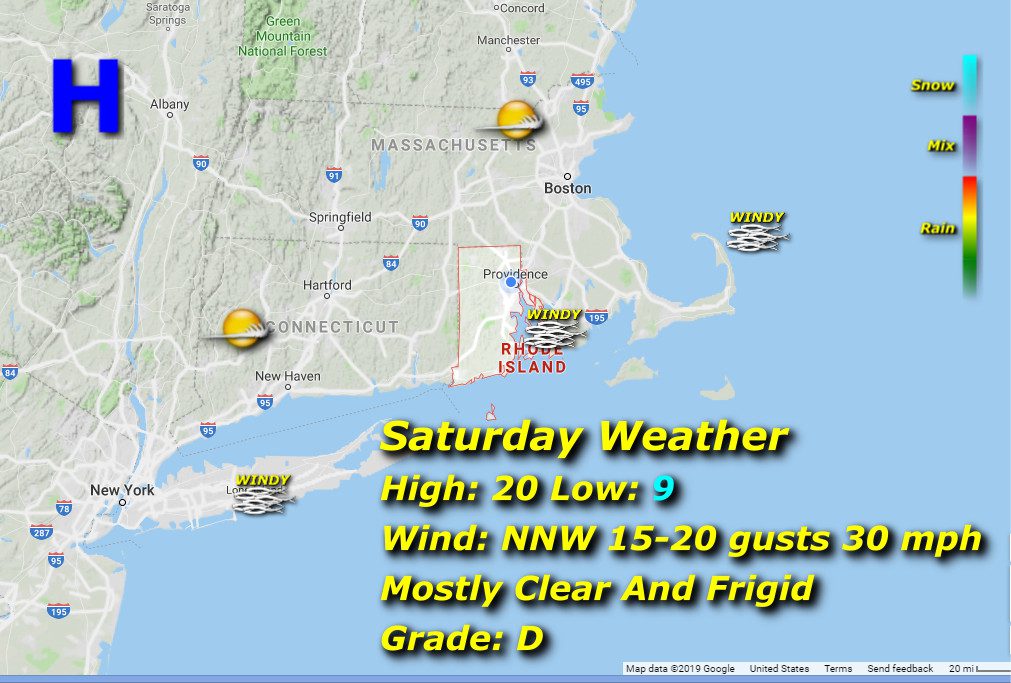 High pressure to our northwest drives cold air into the region for the weekend, frigid morning lows in the single digits with a breeze that will drive chill temps down into the negative territory.

We’ll warm only to around 20 in the afternoon with the continued breeze out of the northwest.

Another ice cold start, but at least the wind will have died down.Morning lows again in the single digits warm to the upper 20’s byt afternoon.

Some cloud cover will advance from the south ahead of a developing storm system that will bring some rain to the area later Sunday night into Monday morning.

John Donnelly was born in Hialeah, Florida and moved back to Rhode Island and settled in Johnston, where he grew up until graduating from Lyndon State College in 1998 with a Bachelor of Science in Meteorology. As a child John always wanted to know how air moved, and he ran towards, not away from, thunder and lighting and various other ominous weather phenomena. He returned in 2001 to the old family neighborhood of Elmhurst where the McCabe’s, Donnelly’s, Walker’s and Callan’s have been since after the Civil War.t