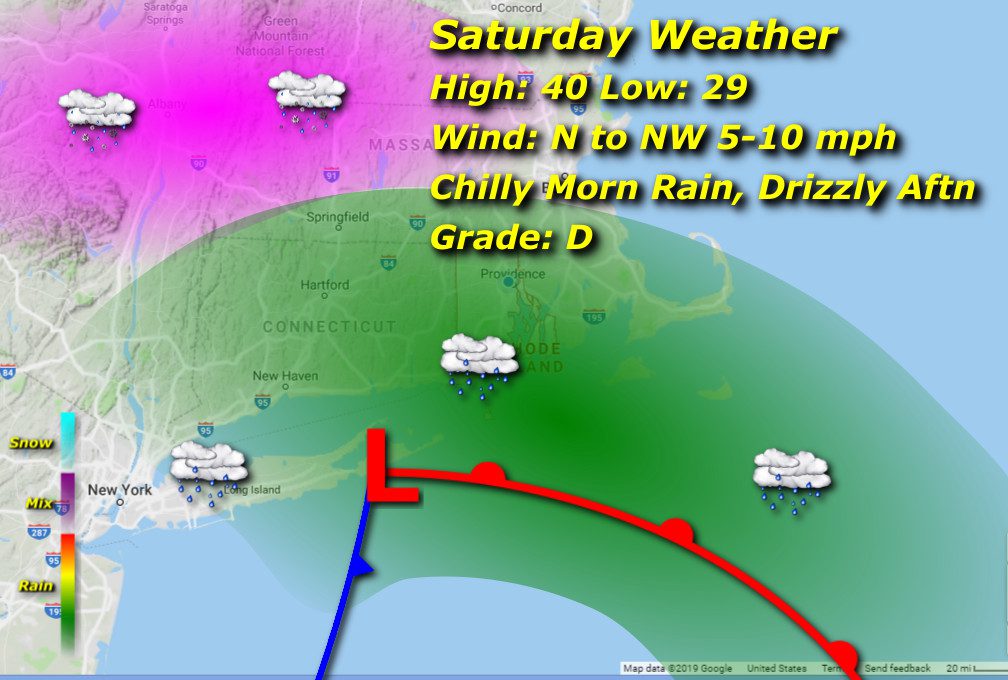 We start out with a white Christmas, but some light rain moving in will likely melt away most of the snow on the ground. We’ll see continued drizzly conditions persist in the afternoon/early evening as cloud cover hangs tight. Morning lows in the upper 20’s followed by afternoon highs around 40 with a light northwesterly breeze.